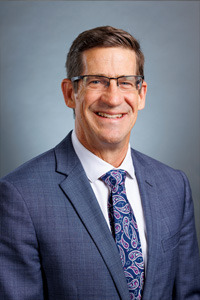 David Miller serves as Associate Dean for Administration and Student Development. He began working with law students in his prior position at Liberty University School of Law as Director of Student Affairs from 2015 – 2018. Dean Miller recently rejoined the School of Law after serving as the Executive Director for Flight Operations at the School of Aeronautics for four years.

Dean Miller began his career in higher education as an Assistant Professor at the US Air Force Academy teaching Military Strategic Studies and was later selected as a National Defense Fellow to conduct research and teach at the Centre for International Relations at Queen’s University in Ontario, Canada. During his tenure at the Centre, his research focused on US-Canadian defense relations and he taught National Security Policy courses at both Queen’s University and the Canadian Royal Military College. He went on to a variety of military analytical, staff, and command postings until his retirement from the US Air Force in 2012. Dean Miller next served as Director of International Programs, Interim Director of the Center for Leadership and Ethics, and Adjunct Professor of Political Science at the Virginia Military Institute. While at VMI, Dean Miller gained valuable experience in caring for a diverse population of students and influencing their global, ethical, and leadership perspectives.

Dean Miller is a rated pilot and a veteran of multiple air and ground deployments in support of military missions in the Balkans, Middle East, Central Asia, and Africa. He is a member of Timberlake Baptist Church and enjoys spending time with his wife of 32 years, Cameron, and their six children.