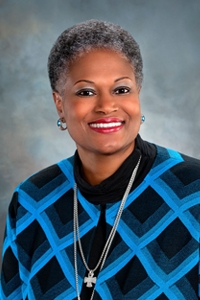 Professor of Law, Director of the Center for Prosecution

Tompkins gained her teaching experience at the National Advocacy Center in Columbia, S.C., where she taught Community Prosecution and Environmental Law courses to prosecutors from various jurisdictions throughout the United States, Northern Virginia Community College in Alexandria, VA where she taught Legal  Aspects of Business Organizations; and she taught Criminal Law and Introduction to Sociology at Wilmington College, in Wilmington, OH.

In addition to her valuable teaching experience, Tompkins is an experienced attorney with 20 years of civil and criminal trial practice experience. Shortly following law school, Tompkins accepted a position as an Assistant District Attorney in Philadelphia, PA. There, she prosecuted hundreds of criminal cases while working in the special assault, juvenile court, and major crimes units. As lead prosecutor for the Domestic Abuse Response Team, she conducted innumerable trials, and presented training sessions for prosecutors and police officers on investigative and trial techniques related to the prosecution of Domestic Violence cases.

From the mid to late 1990s, Tompkins worked as an Assistant United States Attorney in Raleigh, N.C., and also served on the U.S. Department of Justice’s National Church Arson Task Force in Washington, DC. Her depth of experience was broadened when she became one of the attorneys directly responsible for monitoring and managing innumerable church arson cases, which encompassed one of the largest Civil Rights investigations in history.

Tompkins later became Senior Counsel for the American Prosecutors Research Institute in Alexandria, Virginia. While employed there, she taught and coordinated a wide range of workshops in the areas of Community Prosecution, Environmental Crimes, and Trial Practice Skills; and developed Prosecution and Criminal Law case studies and publications.

In early 2000, Tompkins became Assistant Director of the District of Columbia Office of Human Rights in Washington, D.C., where she served as the senior manager of the Office’s Mediation program, managed and supervised Employment Law investigations, and trained organizational leaders on employment laws and regulations. She later attended a Harvard University-Kennedy School of Government Management Executive Skill Development Program, and served as Assistant General Counsel for Enforcement at the Federal Election Commission (FEC) in Washington, D.C. During her tenure at the FEC, Tompkins was actively involved in managing, reviewing and assisting with the development and writing of probable cause briefs and General Counsel’s Reports. She further applied her legal expertise to guide FEC attorneys’ enforcement of the Federal Election Campaign Act and interpretation of First Amendment Constitutional issues.

As an author of several written works and a presenter/instructor for many events and workshop trainings, Tompkins has been recognized for outstanding work and exemplary performance by her previous employers, including the U.S. Department of Justice, the Federal Election Commission, and the Court Services and Offender Supervision Agency.

Tompkins is an accomplished pianist and clarinetist and frequently volunteers her time at various churches and nursing home facilities, where she shares her gift of music with church members and nursing home residents.