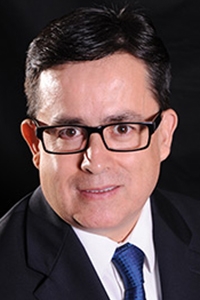 Professor Mantilla has lectured at NGO briefings at the United Nations, the Peruvian Parliament, and the Costa Rican Congress, among others. His lectures on international human rights law, bioethics, and international relations issues have been welcomed in the Netherlands, Spain, Russia, Poland, Switzerland, Malaysia, Latin America, and the United States. He has authored law review articles on international law and crimes against humanity, global terrorism, international religious freedom, international ethnic conflicts, and international humanitarian law. He has published book chapters on human trafficking, international bioethics, and has contributed writings to an encyclopedia on the history of war and religion. His media appearances include interviews and debates on CNN, BBC, PBS, C-SPAN, Univision, Telemundo and other global media networks. Dr. Yuri Mantilla has traveled to and resided in many countries including Bolivia, Ukraine, the United Kingdom, and the People’s Republic of China. He has received several awards including the medal of honor from the National Council of University Chancellors of Peru for his contribution to International Law and the medal of recognition from the National Association of Peruvian Lawyers. He has been recognized for his keynote lectures by the National University of Mexico and the Multidisciplinary Center in Bolivia.