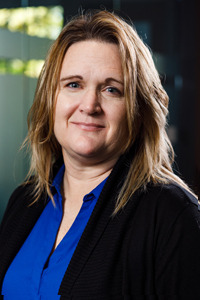 After one year as an adjunct assistant professor of law at Liberty University School of Law, she joined the full-time faculty. She served as the Associate Dean for Academic Affairs from 2011-2016 and completed close to a year-long tenure as Interim Dean in 2015.

While at Liberty Counsel, she was a part of numerous cases representing Child Evangelism Fellowship. One case led to the first reported decision affirming the right of public school teachers to lead Bible clubs at school, after school hours. She also was part of the legal team that defended, in litigation at the United States Supreme Court, the right of McCreary County to display the Ten Commandments in a county building.

She has appeared on numerous radio and television programs around the world, including BBC News, MSNBC’s “The Abrams Report” and “Scarborough Country,” CNN’s “Paula Zahn Now,” and Fox News Radio’s “The Alan Colmes Show.” She has been a speaker and panelist at a number of conferences, seminars, and debates around the country.