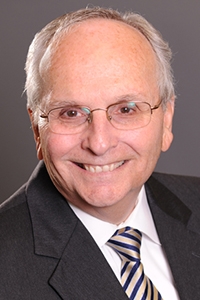 Judge Spinden served 17 years as a judge on the Missouri Court of Appeals.  While an appellate judge, he authored nearly 1,300 opinions involving virtually every aspect of civil and criminal law, including issues of federal and state constitutional law, administrative law, family law, business and contract law, and employment and labor law.

While serving in the Missouri Attorney General’s Office, Judge Spinden headed prosecution of the structural engineers held to be responsible for the worst building failure in United States history, the collapse of the Kansas City Hyatt Regency atrium walkways on July 17, 1981, in which 114 persons were killed.

Prior to his appointment to the Court of Appeals by then Missouri Governor John Ashcroft, Judge Spinden served for six years as a Missouri administrative law judge. He presided over hundreds of adjudications involving some 50 state administrative agencies, first with the Missouri Department of Transportation and then with the Missouri Administrative Hearing Commission. While serving as chief of the Administrative Hearing Commission, the agency received the Governor’s special commendation for eliminating a two-year backlog of cases and reducing the average time for decisions from nine months to 27 days.

While in law school, Judge Spinden was an associate editor of the UMKC Law Review, editor of the student newspaper Obiter Dicta Secundum, and vice-president of the Christian Legal Society. Prior to law school, he was an investigative reporter for a small daily newspaper in Springfield, Missouri, and, prior to that, he did on-air reporting of news and sports for Springfield radio and television stations.