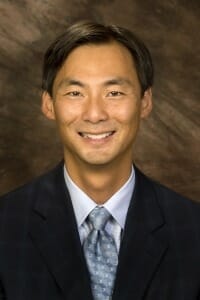 Ambassador Morse H. Tan served as the first Asian-American Ambassador at Large in U.S. history, and he is currently the second Korean-American law school dean in the nation’s history.

The foremost legal scholar on North Korea, Dean Tan published “North Korea, International Law and the Dual Crises” (Routledge) and more law review articles on this subject than any other scholar. Named “Korean-American of the Year” and an “Emerging Leader” by the Chicago Council on Global Affairs, he has participated in a range of media engagements, such as the National Law Journal and United Press International (UPI).  His speaking invitations include Cornell Law School, the Tiffany Memorial Lecture, and the National Press Club.

As indicated by an expert reviewer, Dean Tan’s seminal scholarship on compliance theory and the Inter-American Court of Human Rights paved the way for the convoy of such scholarship that followed. He personally interviewed Judges and former Judges of this Court as well as Commissioners of the Inter-American Commission of Human Rights. He provided the first written translation of some of the Court’s jurisprudence from Spanish to English. He and his moot court partner authored the model Memorial for their side of the argument in the Inter-American Moot Court finals.

A Visiting Scholar at Northwestern University Pritzker School of Law and the University of Texas Law School, Dean Tan has worked in legal academia for close to two decades. His journey in legal academia started as a founding faculty member at the first American JD program in Asia, Handong International Law School.

Married to Dr. Sarah Tan, they raise four children: Hope, Enoch, Isaiah, and Moses. Dean Tan enjoys tennis and had more opportunities than he deserved through playing the cello. Lastly but most importantly, he is an imperfect ambassador of Jesus, to Whom he belongs by His gracious mercy.

Languages: Fluent in Spanish and Korean; working knowledge of Latin; comprehension of Portuguese and French; and basic knowledge of Chinese

Travel: Approximately 30 countries and almost every state within the United States

Tennis: Victories over those who held or went on to hold NCAA Division I Top 5 and ATP World Tour Top 250 rankings

Cello: Performed at the Sydney Opera House, KDFC radio, ABC news and in recordings with commendation by Itzhak Perlman

The University of St. Thomas School of Law (MN)

The University of Texas at Austin Law School