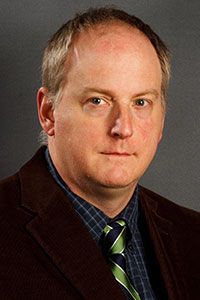 Dr. Fulp began his professional life as a medical chemist in the Research Triangle Park area of North Carolina. After twelve years as a medicinal chemist in the for-profit and non-profit corporate world, Dr. Fulp joined the staff at Liberty University.

While Dr. Fulp’s formal academic training was in organic chemistry, he has spent most of his career as a medicinal chemist, and medicinal chemistry is the area where the majority of his research interests lie. Currently, Dr. Fulp’s interests are focused on two disease states that may be treated with compounds that modulate cannabinoid receptors. The first disease state Dr. Fulp is currently studying is liver fibrosis brought on by a high-fat diet. Obesity is an epidemic in America affecting one-third of the population. While obesity has several health ramifications, one obesity-related health issue that has no approved drugs is non-alcoholic fatty liver disease (NASH). NASH can progress from liver fibrosis to cirrhosis or even liver failure. However, modulation of the cannabinoid receptors, both CB1 and CB2, has shown promise in the treatment of liver fibrosis due to a variety of causes including NASH in animal models. Therefore, Dr. Fulp’s group is pursuing bivalent ligands that will modulate both the CB1 and CB2 receptors.

The second area of interest in Dr. Fulp’s group is peripherally selective CB1 agonist for the treatment of glaucoma. Glaucoma is a relatively painless disease which can lead to either partial or total loss of vision, and increased intraocular pressure (IOP) has been identified as a risk factor in the most common form of glaucoma, open-angle glaucoma. Agonists of the CB1 are known to lower the IOP of humans; however, CB1 agonists have well documented psychotropic effects. It is believed that these psychotropic effects could be avoided if a peripherally selective CB1 agonist was used to treat glaucoma patients. Finally, due to his background in organic chemistry, Dr. Fulp is also interested in utilizing novel synthetic methods when appropriate to support his medicinal chemistry efforts.