As a designated military-friendly university, Liberty University supports its military students and their families in multiple ways throughout their college journey. When the journey is over, Liberty has made it a tradition to publicly recognize their achievements and sacrifices during Commencement events.

Of the more than 23,000 graduates in the Class of 2022, nearly 40 percent (9,024) have military connections, including approximately 1,900 service members currently on active duty.

In addition to the Main Ceremony and the individual degree presentation ceremonies, every year Liberty hosts a Military Graduate Recognition Ceremony. This year’s ceremony was held on Friday afternoon in the sanctuary of Thomas Road Baptist Church and streamed live. The event drew a record crowd of more than 600 graduates.

Chaplain, Ret. Col., and Dr. Steven Keith, director of Liberty’s Center for Chaplaincy, and his wife, Delta, served as keynote speakers. The Center for Chaplaincy operates through the Rawlings School of Divinity to equip and send out chaplains to all branches of the military as well as civilian and non-military organizations.

While honoring the graduates for their service and academic accomplishments, the Keiths also gave separate charges to the veterans and active and reserve military servicemen and women, as well as to the military spouses.

Ret. Col. Keith challenged the military graduates to “be all in” for the Lord wherever He may lead, referring to John 14:6, where Jesus said, “I am the way, the truth, and the life.”

“He has made us messengers of that truth,” Keith said.

From his distinguished 30-year career as a military chaplain, Keith acknowledged that he was only effective in service when he didn’t lay out a set of plans then ask God to approve them. He was effective because he surrendered to God’s will for his life and became a part of His perfect plan.

“Don’t include God in your plans, because you don’t even know what is going to happen tomorrow,” he said. “You are here on mission. The Scriptures describe you as sojourners, as pilgrims, as aliens in a foreign land.”

“You are amazing,” she said. “You are part of an industrious, hard-working, dedicated group. You are in an elite club. You’re remarkable. Congratulations on completing this degree in the midst of many obstacles and hardships. Now your journey continues. Your toolbox has grown now that you have this degree. What may have seemed like impossible may now be possible. Continue to put your trust in the Lord. Be a Champion for Christ with this degree and shine for Jesus … wherever (He) may send (you).” 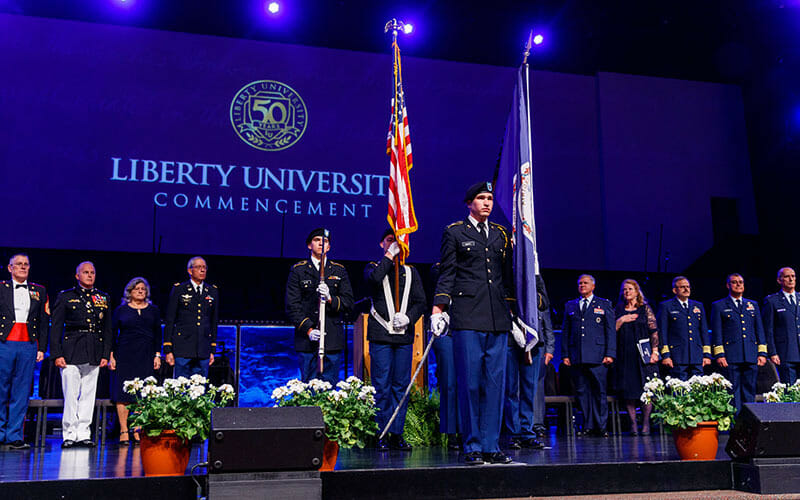 Dr. Ronald Hawkins, Liberty’s former Provost and founding Dean of the School of Behavioral Sciences, served as emcee of the event. Dr. Gregory Dowell, vice president for Inclusion, Diversity, & Equity, led a prayer of dedication. As tradition, each graduate received a commemorative coin  engraved with three symbols: a Bible, representing spiritual direction found within the Scriptures; a U.S. flag, in appreciation for the freedom American citizens share; and a graduation cap, in honor of the ongoing pursuit of wisdom and knowledge set aflame at Liberty. Military veterans who now work in Liberty’s faculty and administration participated in the coin presentation.

The Sounds of Liberty led the crowd in singing the national anthem.

Liberty’s graduates who have recently become the newest members of our nation’s military were also recognized during special campus events. Liberty’s Army ROTC and Air Force ROTC programs held separate commissioning ceremonies this week in the School of Music’s Center for Music and the Worship Arts, Concert Hall.

The Army ROTC Eagle Battalion commissioned 18 graduating cadets as second lieutenant officers on Wednesday. U.S. Army Lt. Gen. Roger Cloutier, who serves as Commander of NATO’s Allied Land Command in Europe, returned stateside to serve as keynote speaker. He challenged the commissioned graduates, including his son, Cameron, to hold onto their faith and to keep God first in their lives.

“There is no greater honor or responsibility than shaping the next generation of Army leaders,” he said. “You will have a team, and your role as the leader of that team is to lead them, to train them, to love them, and to empower them to get after the mission … and carry on the proud tradition of selfless service.”

On Saturday, 15 graduating members of Liberty’s Air Force ROTC Detachment 890, based out of the University of Virginia in Charlottesville, were commissioned as second lieutenants.

Maj. Mike McKenna, Liberty’s Air Force ROTC Operations Flight Commander, said Detachment 890 is among the top 10 percent of all Air Force ROTC units in the nation at producing qualified officers. Cadet Lindsey Hall was recognized as one of only a dozen or more commissioned officers nationally to be chosen to serve in the Office of Special Investigations.

Liberty is ranked in the top 10 for 2022-23 by militaryfriendly.com among private colleges and universities offering doctorate programs, and its academic, financial, and spiritual support offered to online and residential students is the main reason, said Emily Foutz, director of Liberty’s Office of Military Affairs.

“Military Affairs and the university as a whole has always been focused on the service member and supporting them throughout their educational journey, but also recognizing their service and celebrating their accomplishments when they finish their degree,” she said. “It is a tremendous honor to have the opportunity to recognize the service and the sacrifices that they have made for our country and also their families who often support them through their educational careers.”

Foutz said military students pursue degrees for various reasons, from making them more effective leaders in their service units to advancing their career fields after completing their service commitments. 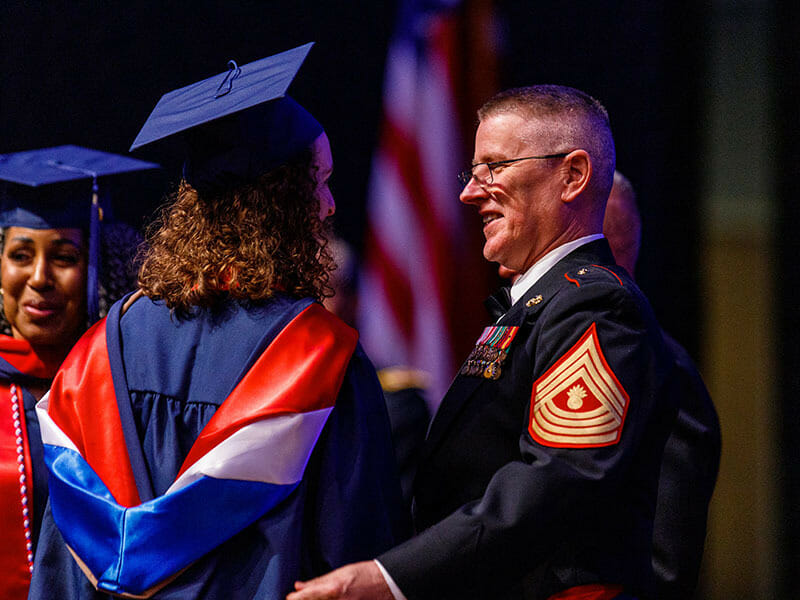 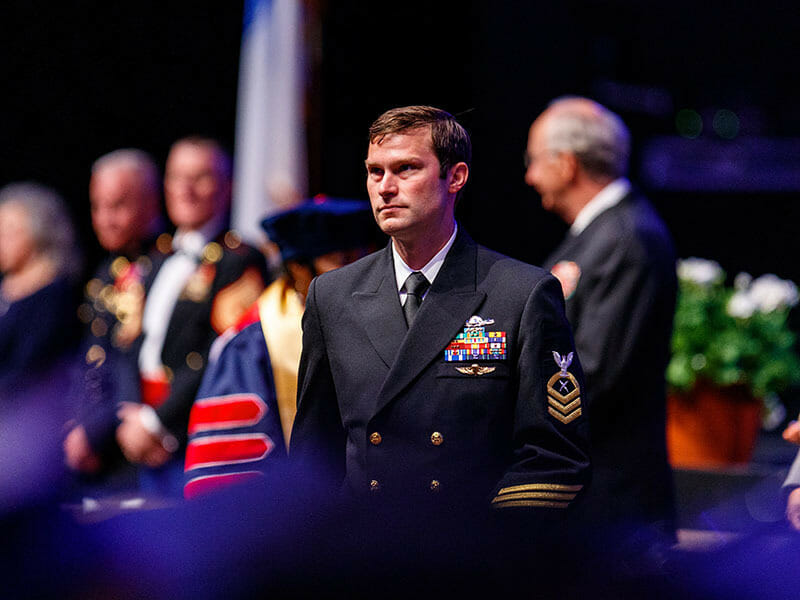 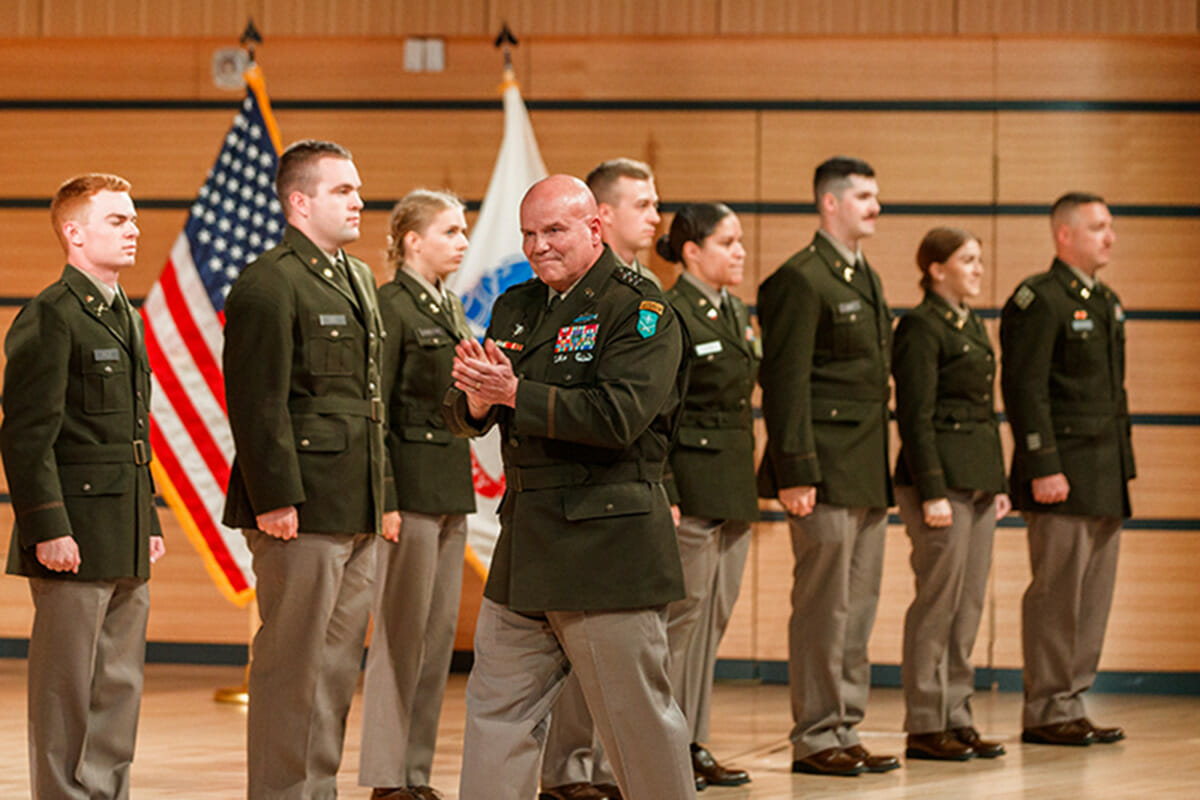 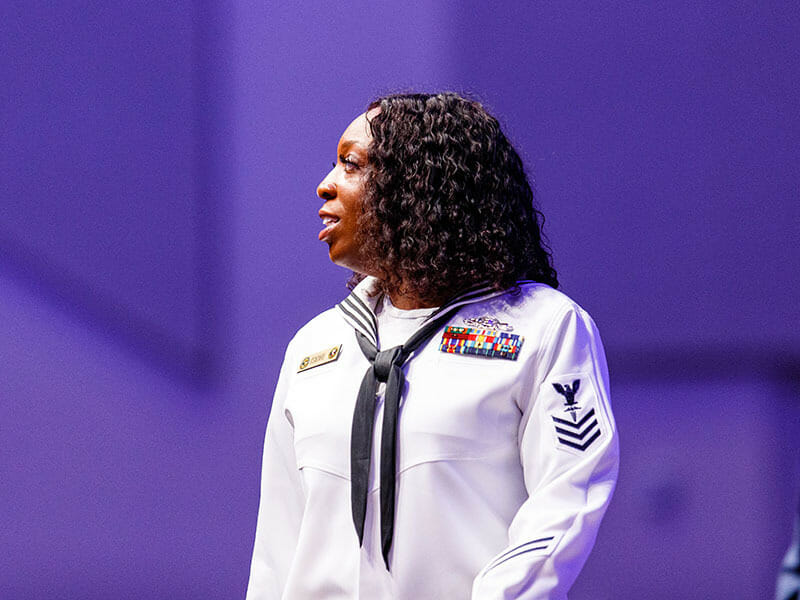 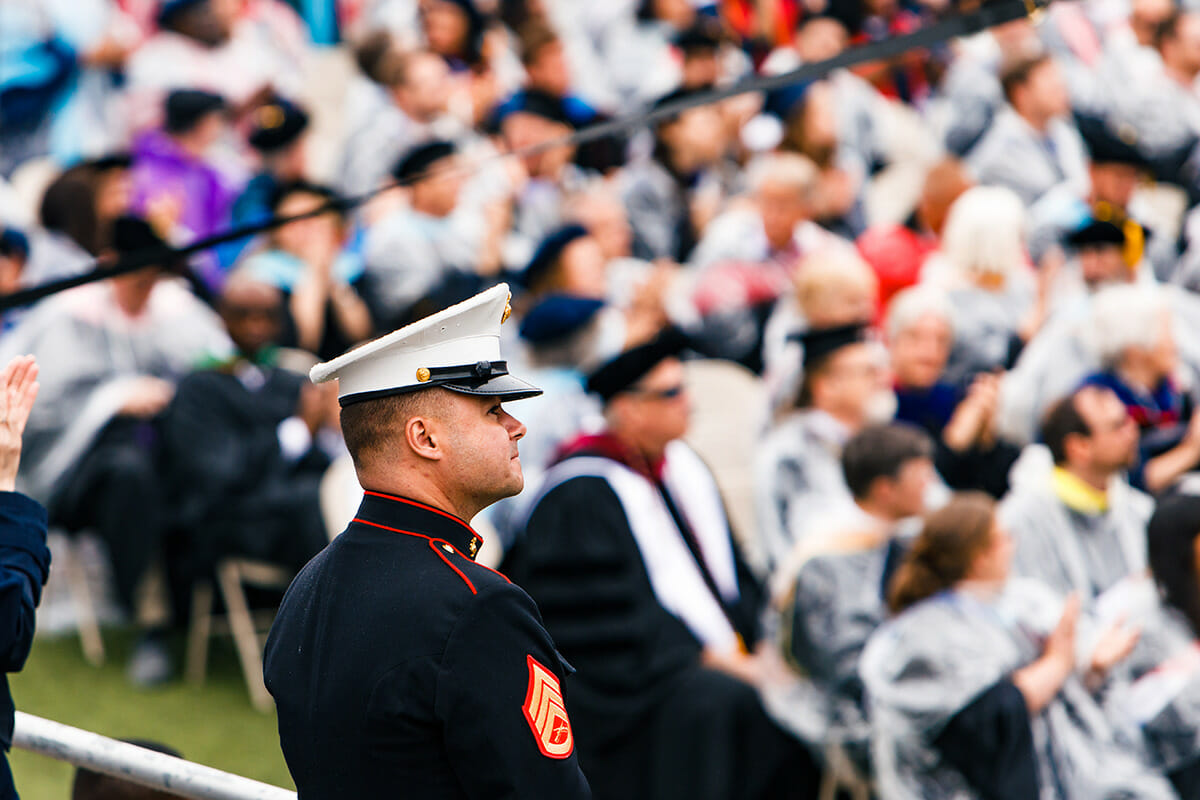 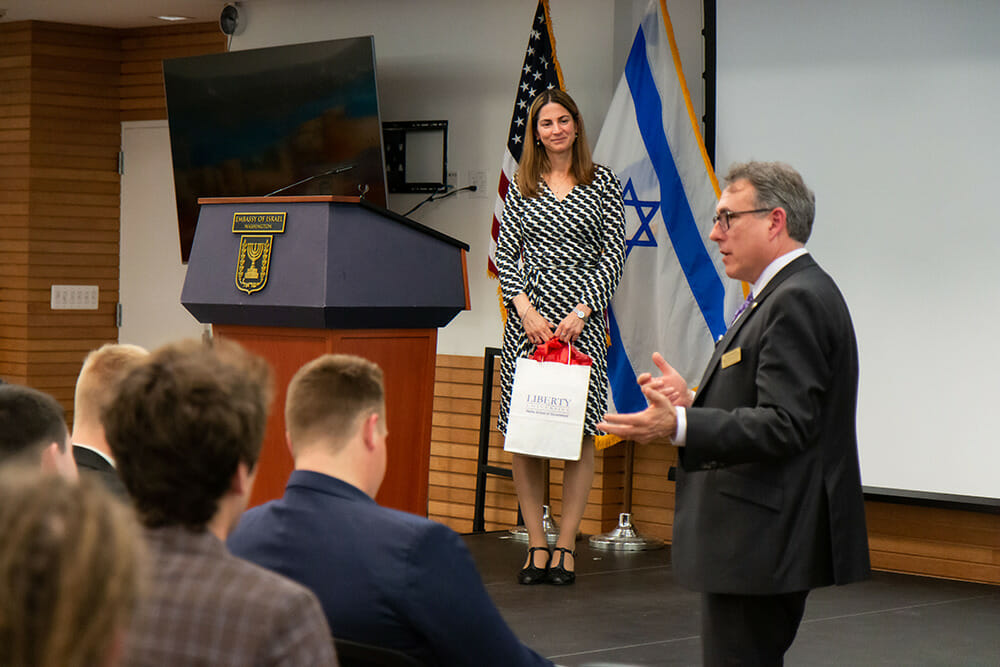