The current expansion of Hydaway Lake on Liberty Mountain above the campus of Liberty University is a project 10 years in the making, with tremendous potential to open new educational and recreational pursuits for students.

“The sky’s the limit, pretty much,” said Liberty Vice President of Major Construction Dan Deter of the project that has included years of environmental studies. “It will be a huge benefit.”

The lake, located at the heart of the university’s Hydaway Outdoor Center, will be expanded from 6 acres to 31 acres by Fall 2022. Crews began clearing the land in April, and over the next few months, construction will begin on a new dam.

The lake will become a jewel in the crown of scenic recreational amenities on Liberty’s several thousand acres of mountain property, which also includes the Liberty University Equestrian Center, Liberty Mountain Gun Club, Liberty Mountain Snowflex Centre, Astronomical Observatory, and the Liberty Mountain Trail System. In addition to swimming, fishing, kayaking, canoeing, and paddle boarding, which are available to all students, the lake could also serve student-athletes from the Intramural Sports, Club Sports, and NCAA Division I Athletics teams.

Studies have been conducted by the Environmental Protection Agency and the Department of Conservation and Regulation studies, and the U.S. Army Corps of Engineers granted a permit for the construction of the lake expansion and new dam as well as rerouting Camp Hydaway Road around them.

The current excavation has temporarily rerouted about a mile of the more than 50 miles of trails, but Deter said the lake project will offer more trails for hikers, cyclists, and runners.

“We’re going to have a lot more trails that go around the lake,” he said. “They’re going to have the same length, but they’ll have more picturesque views. The trails out there that cross the streams now will instead just kind of bend around the end of the lake.”

The university is still working on plans for the lake’s features, which could call for an extended beach area, boat launches, and fishing docks.

Once a new rerouted section of Camp Hydaway Road is completed and a new dam at the east end of the property is constructed, the expanded lake will be filled, and depending on rainfall amounts, could start to approach capacity as early as next summer. 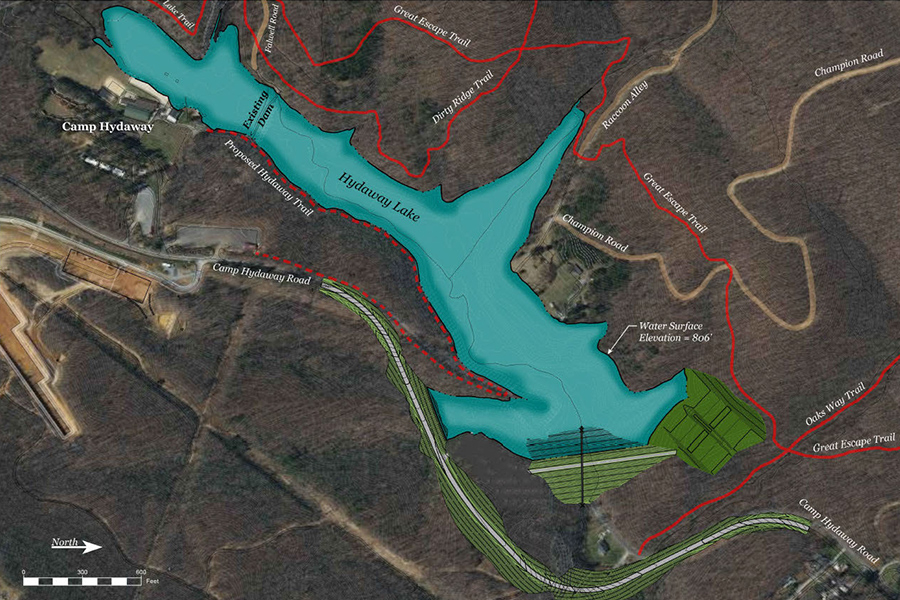 “It’s a little tricky because you’ve got to keep that water flowing even while you’re building the dam up; we want to make sure we keep a continuous flow maintained to ensure all downstream aquatic life can flourish,” Deter said, noting that the lake is stream-fed. “It’s normally just a babbling brook, but that stream has about 3 square miles of surface runoff going into it, so any time we get a rain event, that stream flow increases and it allows the lake to fill faster. We did a quick estimate and if we have the rain like we had last year, it would take probably a month and a half to fill up.”

Deter said Liberty’s School of Engineering has applied for federal green energy grants to use the expanded lake and dam to produce hydropower that would be sent back to the local power grid as green energy.

“We have the perfect scenario because we could put reservoir tanks up at Snowflex and, at night while the electrical demand is low and there’s surplus capacity, we would pump water out of the reservoir to fill the tanks,” Deter said. “Then, during the day, you open the valves on the tanks and you let the water cascade by gravity back down into the lake running through a hydroelectric generator to create power.”

That project would open educational opportunities for engineering students in a system that is ideally suited for other departments to use in their field studies. For example, the biology department is already collecting data on some of the naturally occurring fish species in the stream to help Deter and his Development team with conditional use permits and to ensure minimal impact on existing aquatic life.

For the interim, due to the challenges of policing and lifeguarding, Hydaway Lake will be private, but the university will consider granting public access in the future. 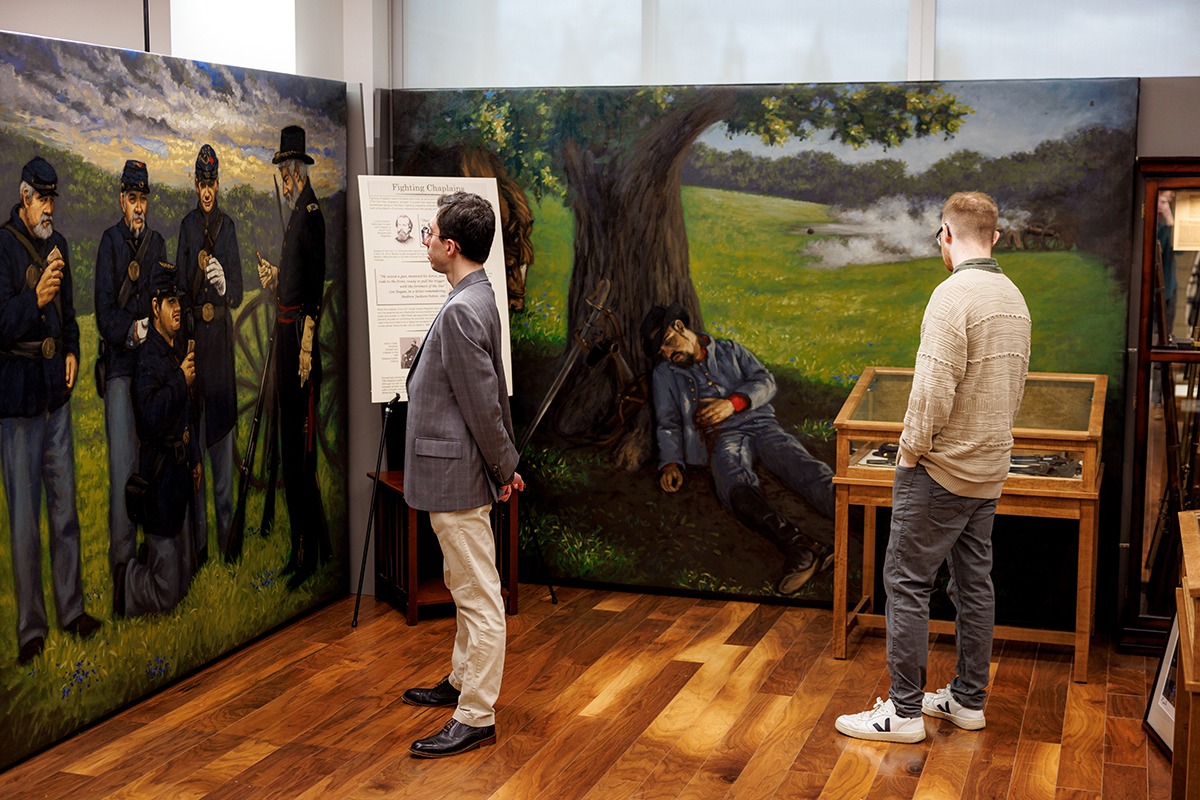 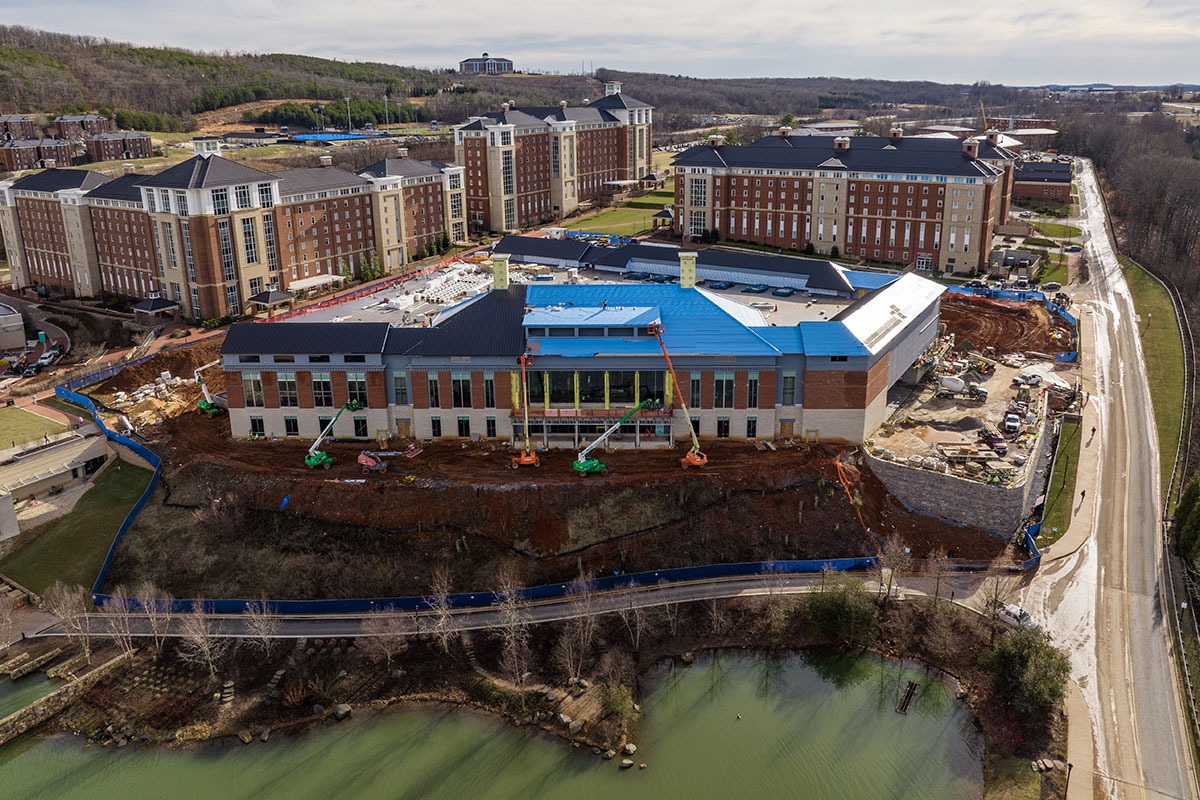 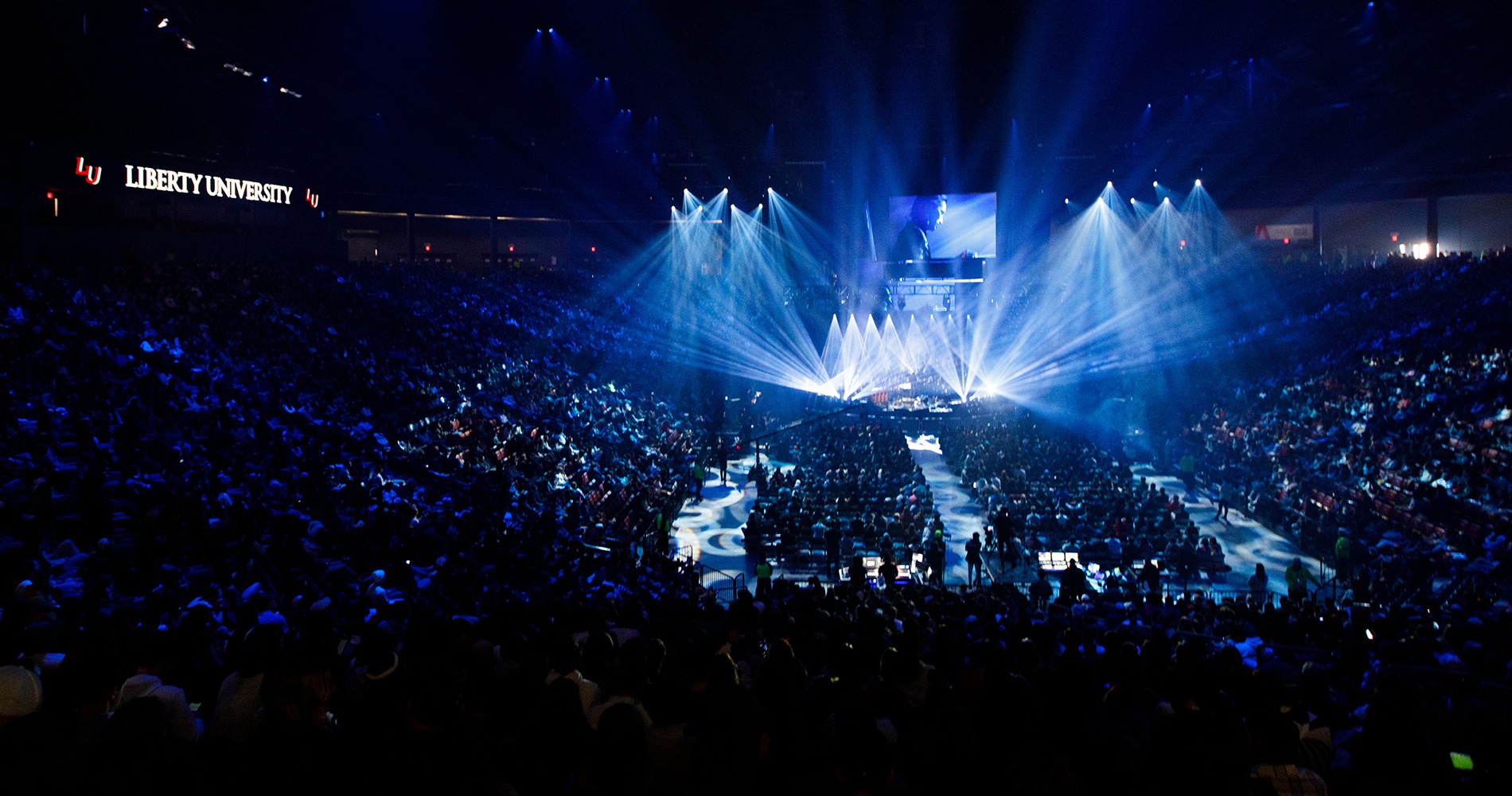