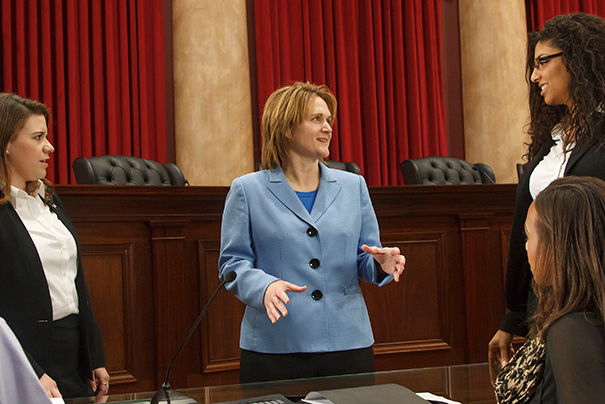 While heralded by many as a momentous civil rights moment for those who identify as homosexual or transgender, Liberty Law Professor Rena Lindevaldsen’s article, “Bostock v. Clayton County: A Pirate Ship Sailing Under a Textualist Flag,” explains how the decision ushers in new threats to the safety, well-being, and constitutional rights of many Americans.

Drawing upon the language from the dissenting opinions in Bostock, the Article explains that in legislating from the bench, the Court’s decision “greatly impeded – and perhaps effectively ended – any chance of a bargained legislative resolution” of the legitimate, competing interests by overstepping its constitutional authority to legislate from the bench.

That “bargained legislative resolution” could have weighed the competing interests of homosexuals and transgender individuals against legitimate interests of many others whose interests are often ignored or trivialized.

Whether it is a school forced to grant boys access to the girls’ locker room; colleges forced to allow men to compete on women’s athletic teams; a physician who is forced to perform a double mastectomy on a woman who wants to be a man; prisons required to house men in women’s facilities; or businesses forced to compromise their sincerely held religious beliefs or other business standards, courts often overlook the religious, scientific, medical beliefs, or other interests of those required to accommodate a person’s sexual orientation or gender identity.

The Article explains the Bostock opinion in-depth and explores the significant, negative ramifications of the opinion.