When she graduated from Liberty University with a double major in biomedical sciences and nursing, Elizabeth Bennett (’19) was one step closer to reaching her goal of serving others from around the world through medicine and her Christian faith. Now, having been deployed to multiple emergency responses around the world through her job with Samaritan’s Purse, Bennett is seeing the power of God and the dedication of His followers demonstrated every day in the Middle East.

“I’m really fortunate that I’ve always had a one-track mind with a goal that I pursued since I was a child,” Bennett said. “Science and medicine are endlessly fascinating to me. God’s creation is so beautiful, even in the brokenness of sin, famine, war, and disease, so to be able to play a very small part in restoring His creation through medicine … is honestly the greatest calling I can think of.”

Samaritan’s Purse is a nondenominational nonprofit dedicated to providing spiritual and physical aid to hurting people around the world. Their ministries include disaster relief, feeding and nutritional programs, and health and medical support. Over the years, Liberty has regularly partnered with Samaritan’s Purse for short-term service trips as well as Operation Christmas Child.

Immediately after graduating in August of 2019, Bennett began working for Samaritan’s Purse and has spent the last 16 months as a medical response program manager for three programs in the Middle East that serve internally displaced persons (IDPs) who have had to flee their homes due to conflict.

“I think God has put a very special calling on my life, which is to go to people who are the most at-risk and vulnerable. Often, those people are in the middle of conflict zones or disasters,” she said. “I love the mission of Samaritan’s Purse, which is to share the love of Christ with hurting people, and I love that they will go anywhere to do that.”

One program that Bennett manages involves the operation of primary healthcare centers that provide outpatient consultations for internal, pediatric, and OB GYN patients, with facilities open 24/7 for emergency room services and midwife-assisted deliveries. These facilities each see more than 200 patients per day.

Bennett also leads a pediatric disability program in a 12,000-person IDP camp that provides children with assistive devices like wheelchairs and crutches, and has a physical therapy team that works with children and their families to make everyday activities easier despite living in the camp’s limited space. Bennett explained that the Middle East has a large number of children who have a congenital disability — disabilities they were born with — as well as children who have been injured as a result of the conflict.

Her team also operates a third program that counteracts the rise in malnutrition in the region brought about by the poor economic status caused by protracted conflict and water shortages. The team provides treatment for children who have moderate acute malnutrition and severe acute malnutrition.

Most of Bennett’s coworkers are nationals from the region and many are victims of conflicts themselves and have been displaced. Citing the story from Scripture of the Good Samaritan that inspired the name of her organization, Bennett said her team members embody the selflessness and generosity of the New Testament parable.

“I’m so fortunate to witness the story of the Good Samaritan displayed in our national colleagues on a daily basis,” she said. “All of them have suffered grief and loss as a result of (living in conflict), and yet they have such a passion, heart, and servant’s attitude toward our beneficiaries. They work long hours and labor tirelessly to serve these people, to serve their neighbors. To me, that is really the crux of the Gospel.”

Reflecting back on her time at Liberty in both the nursing and biomedical science programs, Bennett said that what she learned in Lynchburg has translated directly to what she does now on the other side of the globe.

“Liberty’s nursing program is truly fantastic, and I use my nursing degree every single day,” she said. “The way (Liberty’s nursing program) combines excellent quality clinical skills with a spiritual emphasis and Christian worldview is invaluable. The problem-solving, research, and analytical skills that I learned through the biomedical degree have also been phenomenal and translated so practically to my current work.”

Bennett will be continuing her education with Liberty after recently being accepted into its Doctor of Nursing Practice (DNP) program. She originally considered medical school, but said she wanted to learn more about the people-centered healthcare mindset that she was introduced to at Liberty and be able to do more healthcare advocacy work with local governments.

“I will always approach healthcare as a nurse. In the few years since graduating, I’ve realized that the nursing approach to patient care is unique and indispensable – particularly in the low-resource settings I often work in.” she said. “I’m also very involved in writing clinical protocols. In post-conflict settings, local healthcare authorities often do not have the capacity to put standards in place for high-quality healthcare. The doctorate degree will allow me to speak into the development and advocate for the adoption of evidence-based practice at the highest levels of government.

“Partnering with the people of the Middle East has been a true honor,” she added. “I am constantly amazed at the resilience and courage I see displayed in the face of so much hardship, and am thankful every day that I get to be witness to lives being restored and God’s Kingdom being built here in the Middle East.” 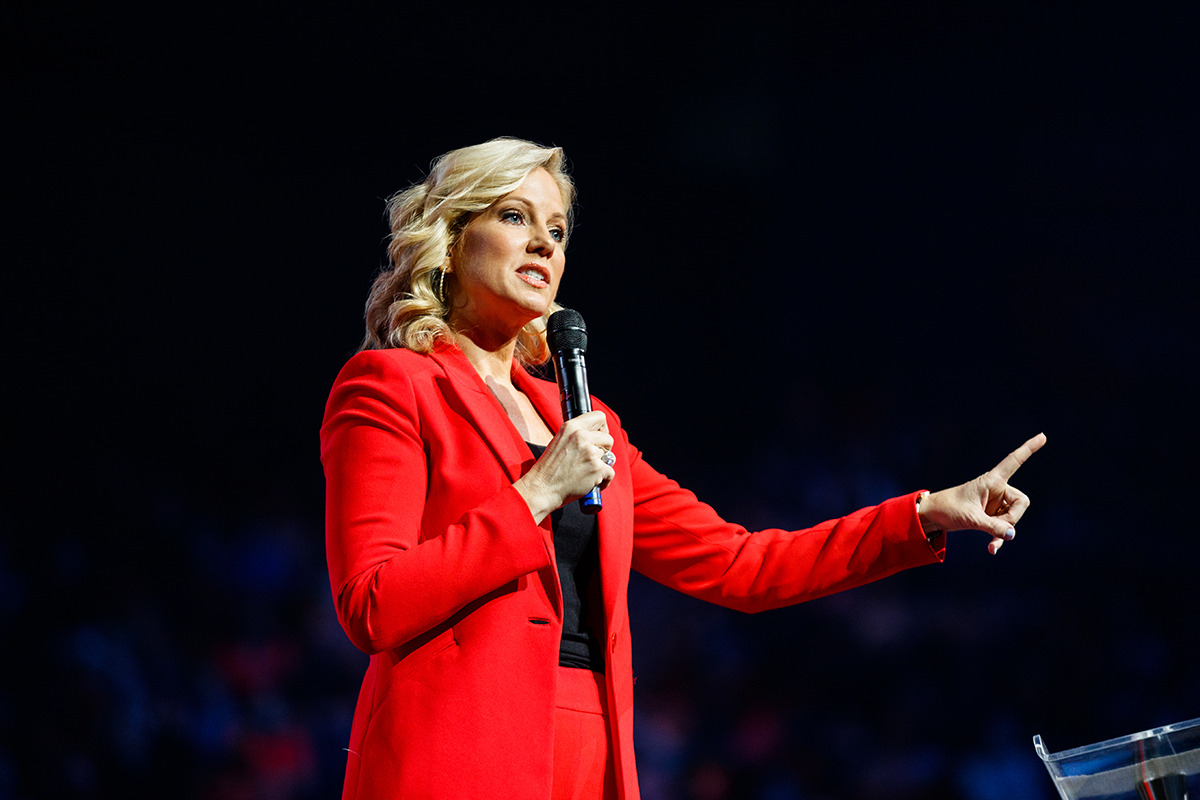