Before becoming executive director of Liberty University’s Center for Engineering Research & Education (CERE), Dr. Rich Diddams fought drug lords in South America and terrorists in the Middle East. He served in more than 50 countries throughout a decorated 20-year career in the U.S. Marine Corps, rising to the rank of lieutenant colonel before retiring in 2006.

“God was with me,” said Diddams, who received both a Purple Heart and a Bronze Star with a “V” for valor on the same tour of duty in Operation Iraqi Freedom in 2003 — after being shot by insurgents who invaded his camp and later fending off others who ambushed his convoy along the Tigris River.

Following decades of courageous service on the front lines and working as a government contractor in Afghanistan, Diddams expanded his civilian career, serving as vice president for several large engineering firms and as Chief of Staff for Halliburton’s overseas operations in the Middle East and Central Asia.

In 2010, he settled in Forest, Va., and started his own security and engineering firm. In 2017, he began serving at Liberty, noting that the school’s military friendliness and Purple Heart University designation were factors that led him to consider the job.

In his current role overseeing operations at both CERE — the School of Engineering’s lab and small-scale testing facility in Forest — and Liberty’s Career Services center, Diddams has drawn upon his wealth of industry knowledge.

“I am a vessel being used by God,” said Diddams, 58, the son and grandson of missionaries and church planters. “I understand industry perspectives … I understand the politics. I understand profit motives. I think I augment the faculty academics by providing real-world experience, problem solving, and leadership that adds a level of value to the students’ experience.”

As he did throughout his military career, Diddams considers himself a facilitator and a mentor providing wisdom and guidance, rather than being a strict drill sergeant shouting orders.

“The most rewarding thing you can do is help somebody achieve something they never thought was possible … when you see their eyes light up,” he said.

Diddams enjoys the opportunity to interact with students and challenge them to overcome obstacles and reach their true potential.

“To me, it’s important to focus on the students so that when they graduate, they can get the type of job that God wants them to have that fulfills their mandate to witness and be examples for Christ,” he said.

Throughout his military and professional career, he has learned that the best way to make a positive impact in a workplace is by setting an example of excellence through diligence and perseverance, bearing much fruit.

“Our core principles are founded in our Christianity, in our faith in Jesus Christ, but you still have to produce,” said Diddams, who received his undergraduate degree in construction engineering at John Brown (Ark.) University and master’s in systems management at the Naval Postgraduate (Calif.) School. “You still have to make money for the firm that hired you. We have found that the local industries have invested in Liberty because they know that there is a return when it comes to the valuable student that they’ll get when they graduate.”

“Our students participate in this research with a creationeering mindset, developing and analyzing materials and structural properties to determine how to redesign systems while being mentored by industry leaders,” Diddams said. “This gives them tremendous experience and a leg up on their peers at other academic institutions.”

On Oct. 7, Diddams and his staff hosted CEOs from several local engineering firms.

“It was fantastic,” he said. “We had our engineering graduate (master’s and Ph.D.) students here at CERE providing examples of the research that they are doing. They (CEOs) were very impressed with our students’ professionalism, their demeanor, and their understanding of detailed knowledge in applying their research to industry. Personal dynamics are very important, and they said our students were very engaging, looking them in the eye as they made their presentations.”

Diddams collaborates with School of Engineering Dean Dr. Mark Horstemeyer, who has been instrumental in establishing the school’s graduate programs. Graduate students perform the bulk of the work on current projects at CERE.

“The (graduate) program continues to grow and flourish,” Diddams said. “It is growing exponentially because of the caliber of professors we are hiring … and industries are interested.”

The primary focus, he said, is providing an “over the horizon” education that will prepare graduates to meet future industry demands.

“We learn the type of training our students need based on what industry tells us, so we develop a strong rapport with industry,” he said. “We ask, ‘What are the skill sets our engineers need in the future, so that they are marketable, so that they can penetrate into companies and raise the values of Christian engineering ethic worldwide?’”

CERE not only supports the School of Engineering, but also other schools and projects throughout the university, including ventures from the School of Business to test entrepreneurial projects awaiting patents.

“We are ecumenical when it comes to the various academic disciplines we support,” Diddams said. “Liberty University is very friendly toward helping faculty and students obtain patents that will provide respect for its academic programs. It is very entrepreneurial, and it also helps motivate the faculty to continue to do research.”

While Diddams has been mentoring students, he has also been a student himself. He recently completed his Doctor of Business Administration (DBA) through Liberty, and during his coursework he worked to create synergy between various departments.

“I work with each of the deans and also our provost to ensure our priorities align doctrinally with what Liberty University’s vision is,” he said. “We recognize that creating Champions for Christ means that a champion also has work ethic, they have integrity, they have excellence in service.”

“I would like to ensure that we are the nation’s premier workforce pipeline for engineering, business, cybersecurity, etc.,” he said. “We can do that by teaming with customers with a great reputation, such as BWXT, Framatome, NovaTech, and Belvac, and creating the talent pipeline that separates our students from any other university’s graduates.”

“Anyone can be average, and we don’t want to be average,” he added. “The Liberty student who graduates has become more sought-after, has more skill sets than they used to, and will have a greater impact for God’s Kingdom because of that.”

Garold Smith contributed to this article. 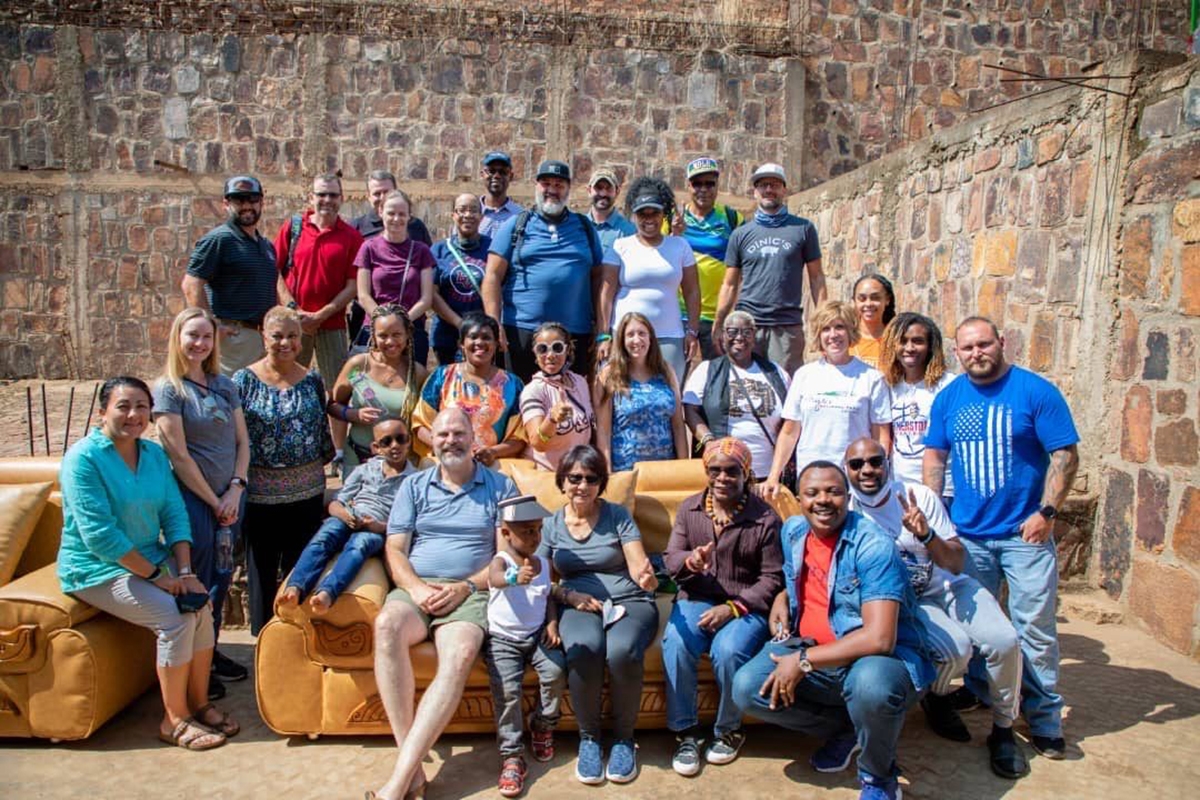 Divinity and education students visit Rwanda with the mission in mind 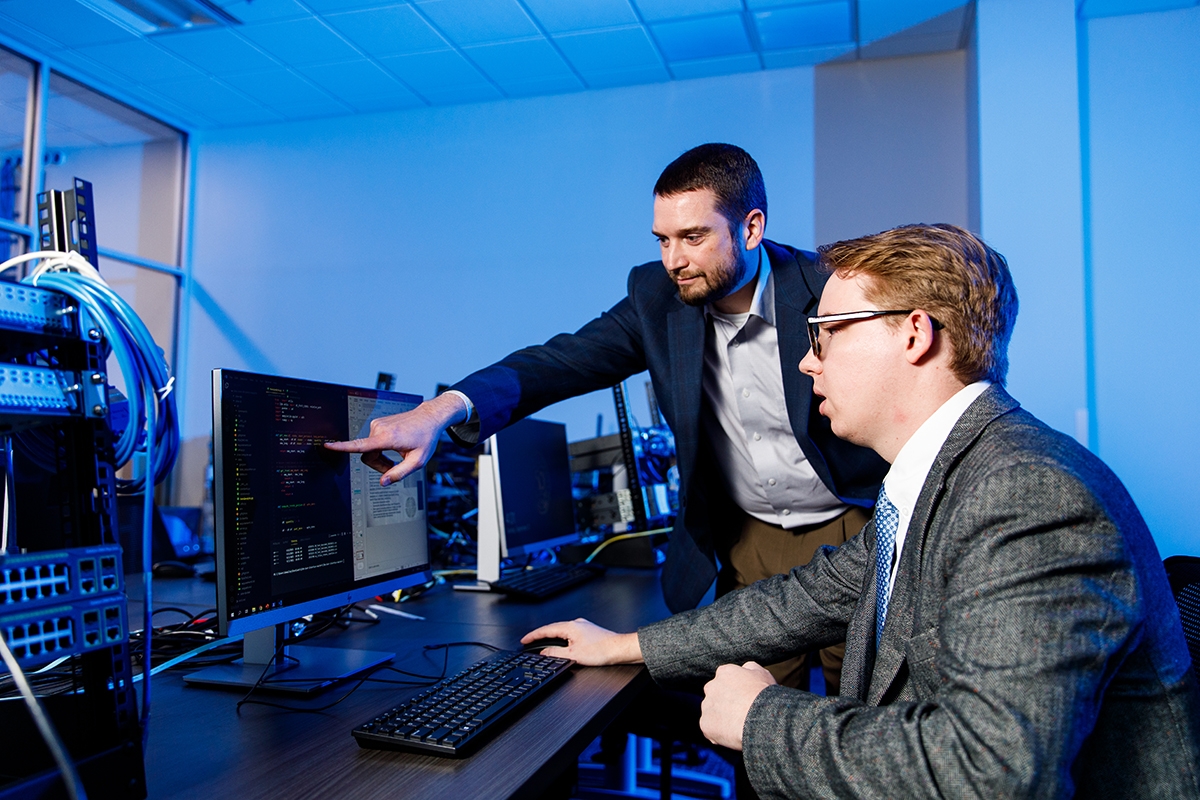 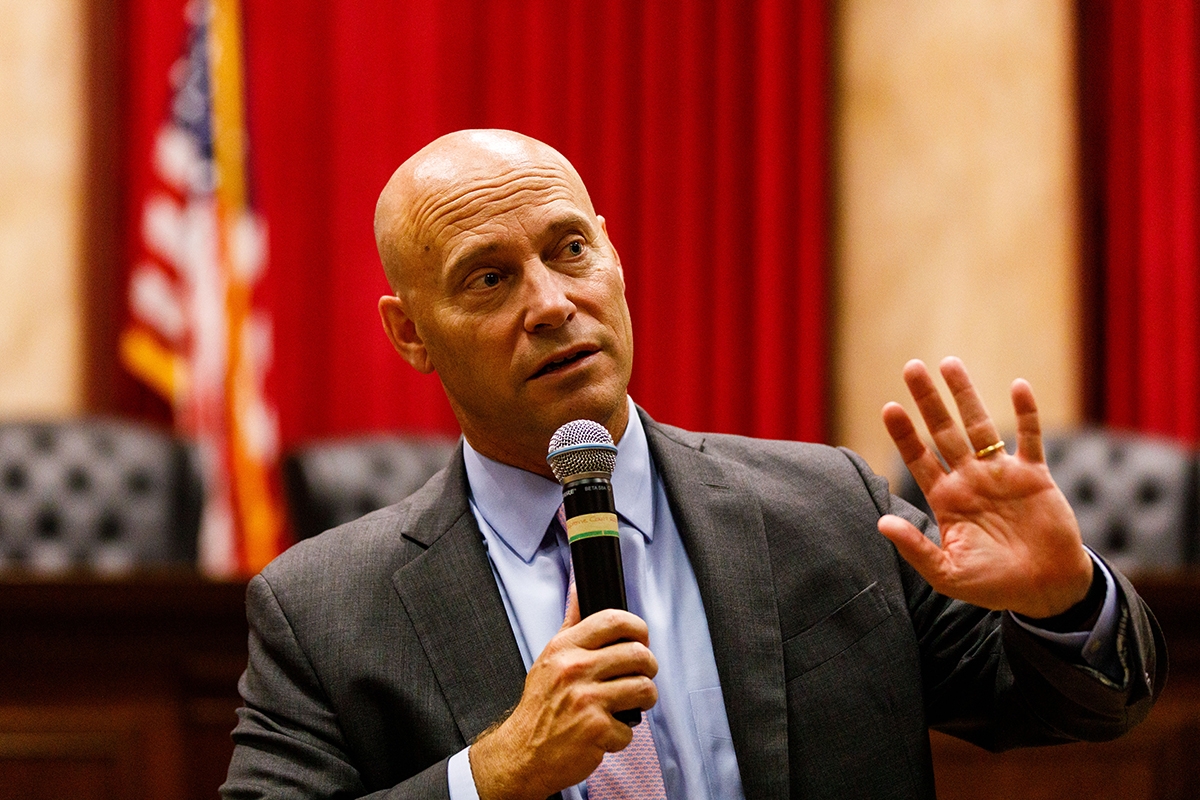