Liberty University Mechanical Engineering Professor Dr. Hector Medina started the Human-Powered Vehicle project in 2014 as a way to generate student excitement and engagement for the first year of the school’s mechanical engineering program.
This year’s team — made up of 24 mostly mechanical but also electrical, industrial, and computer engineering students — placed fifth out of more than 50 colleges at an international competition sponsored by the American Society of Mechanical Engineers and hosted by Michigan State University in early April.

The Human-Powered Vehicle is one of three vehicle design projects offered through the School of Engineering. Medina is now overseeing teams designing an electric race car and a gasoline-powered Baja off-road vehicle for upcoming collegiate competitions.

The vehicle projects are providing students experience in every stage of the process, from drafting and computer modeling to electrical and mechanical engineering. 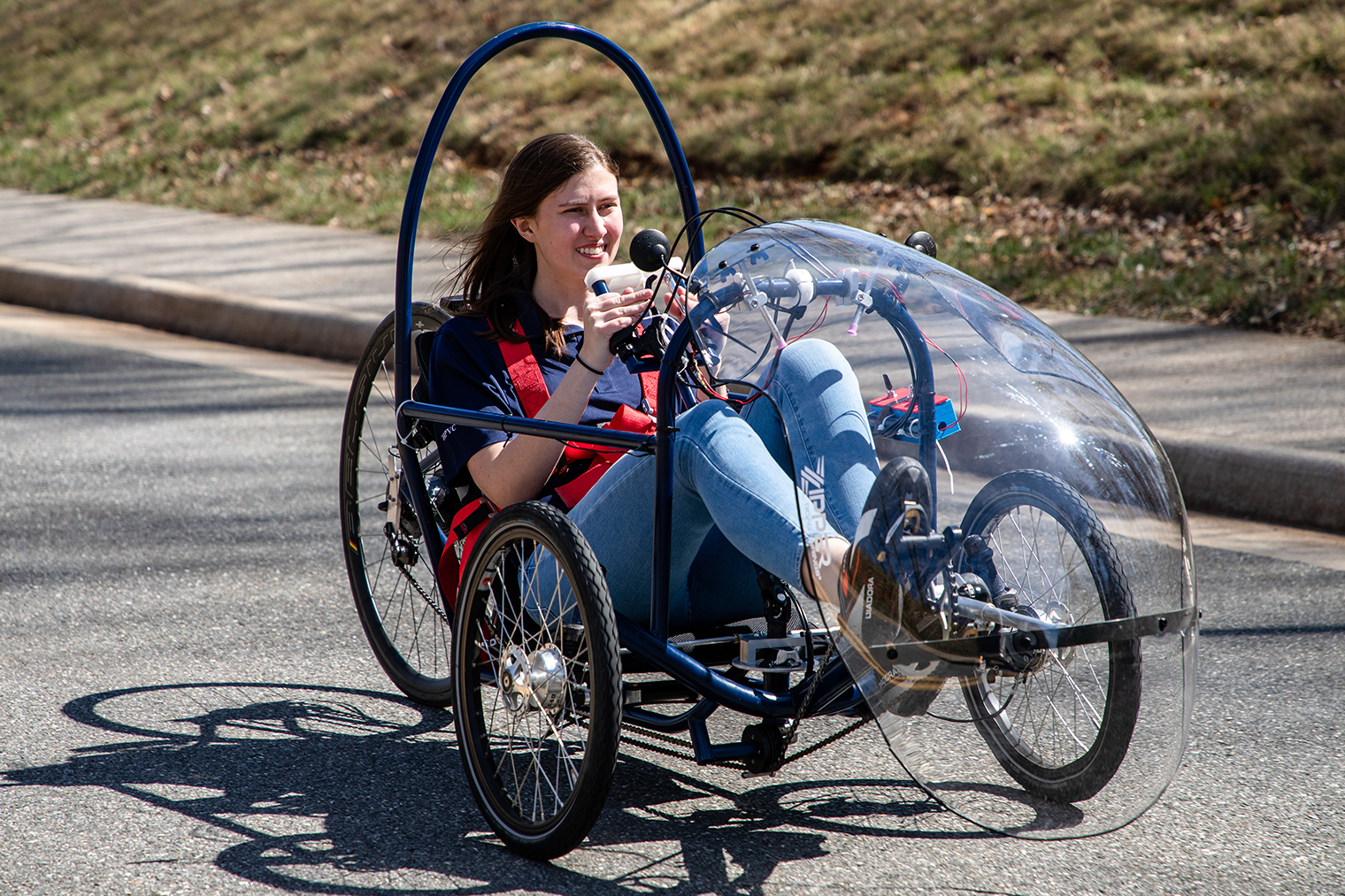 School of Engineering Professor Carolyn Ziebart, who served as faculty advisor for this year’s Human-Powered Vehicle team, believes this year’s top-five finish will serve as a springboard for next year’s team to design and construct a winning vehicle.

“Overall, this is the fastest, most reliable, and competitive HPV Liberty has designed and fabricated,” Ziebart said. “Our lead engineer Joel Lederfind earned the team’s overall trust and confidence as he strived to keep the team committed, focused, and on track.”

“We are really excited to see how far we have progressed,” Lederfind added. “We were giving the best engineering schools in the nation a run for their money.” 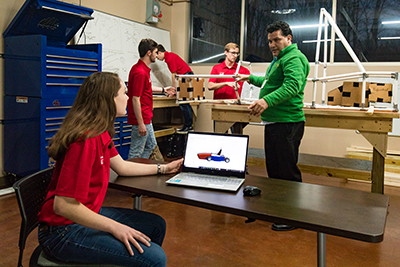 Next year, Liberty’s Formula SAE (Society of Automotive Engineers) team hopes to add to the School of Engineering’s honors when it showcases its first electric race car. With support from Hendrick Motorsports, the team is gearing up to enter an international competition in June 2020 in California.

“This is a complex project that has brought a lot of attention,” Medina said, noting that leading aerospace engineering companies SpaceX and Blue Origin, as well as Waymo, developer of the self-driving Google car, have attended recent Formula SAE races and hired program graduates. “That’s what we want, to participate in a competition that is top-notch, against elite universities from around the world.”

Liberty’s Formula SAE team received a grant from Hendrick Motorsports that covers the cost of components of the car and the tools needed to assemble it.

“We are using our resources to make a vehicle that is light enough to be competitive, with a number of titanium- or aluminum-based parts,” Medina said. 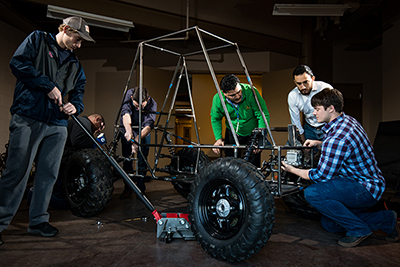 This year’s team included 34 students. They started with a computer model and used it to construct a prototype at Liberty’s Center for Engineering Research & Education (CERE) facility in nearby Bedford County. The design is complete, and professionals at Hendrick Motorsports are currently welding its steel frame in their body shop in Charlotte, N.C. In May, students will begin installing the car’s various components, including the battery-powered motor, electrical system, steering, suspension, tires, and brakes. They plan to complete the manufacturing process by early fall and the electrical work throughout the fall before testing the vehicle by the start of the spring semester. The car is expected to reach top speeds of 60-70 mph.

Contest rules allow Liberty’s professors and consultants as well as Hendrick engineers to give students guidance, feedback, and coaching.

“At the end of the day, the students have to do the work,” Medina said.

He expects the Formula SAE car to become an annual project that Liberty students will excel in, especially after a new building for the School of Engineering opens in Fall 2021, providing larger bays for working on vehicles. 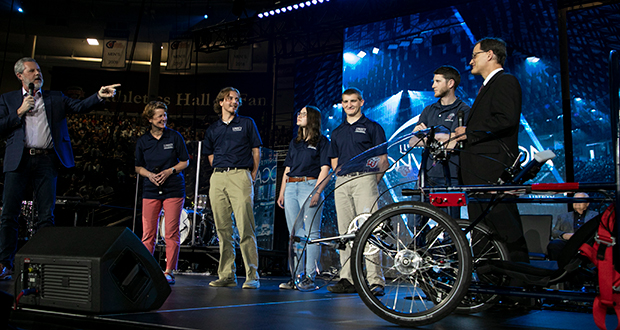 “As the School of Engineering is growing, we will have more capabilities to do in-house design, research, and development of our own parts,” Medina said. “For the second round, the hope is that students will be able to machine those components themselves.”

Medina recruited 10 students to design and manufacture the Baja vehicle. Construction is nearly complete, with the frame built and the suspension and steering put in place in early April. The installation of the transmission and final assembly are all that remain before the car is entered into a Baja SAE competition next spring that will test its endurance, speed, and driving over rough terrain.

Dr. Mark Horstemeyer, Liberty’s new School of Engineering dean, who previously served in Mississippi State University’s Center
for Advanced Vehicular Systems (one of the world’s premier automotive research centers) expects big things to come from the school in the future.

“This is just the beginning of what we’re going to see at Liberty University,” he said.