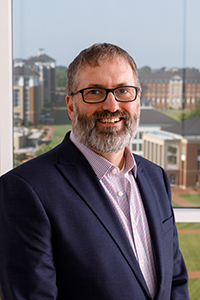 Michael Hall is the Director of Debate at Liberty University.

Under Coach Hall’s leadership, Liberty University Debate has won more than 30 First Place National Championship Rankings. His teams consistently win tournaments in all three divisions of debate. Under his direction, Liberty University became one of only seven schools to have qualified at least one team to elimination rounds seven times out of the last eight years at the National Debate Tournament, debate’s oldest and most prestigious tournament in 2019. This achievement by Liberty Debate is only matched by Emory University, Georgetown University, Harvard University, the University of Michigan, Michigan State, and Northwestern University.

Hall has served as the President, Vice President, and Secretary of the American Debate Association. In 2016 he was an ACC Debate Championship Guest Judge. He is a continuing member of the Julia Burke Foundation Award Committee and serves on the board for Campus Outreach Virginia. He has taught at the University of Michigan Classic, Arizona State University Debate Institute, and the Liberty Debate Institute.

Prior to coming to Liberty in 1998, Coach Hall was the Director of Debate at Penn State University. He was a varsity debater at Liberty University where he earned his BS in Communication Studies.

John Nagy is an Assistant Director of Debate at Liberty University.

Coach Nagy has coached numerous national championship teams at the CEDA JV/Novice Nationals and ADA Nationals including the winners of the 2019 American Debate Association National Tournament Novice Division. He is a member of the American Debate Association Novice Curriculum Committee with research in strategic US alliances. He was awarded the Frank Harrison Award for Excellence in Coaching at the US Naval Academy Debate Tournament 2011-2015.

Nagy was a varsity debater for the University of Mary Washington after winning the American Debate Association National Tournament in Novice and Junior Varsity. 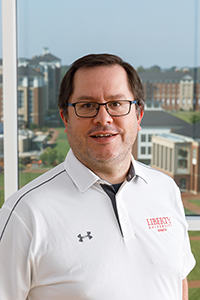 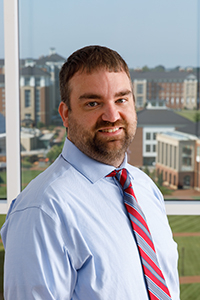 Nick Ryan is an Assistant Director of Debate at Liberty University

He has served as the Secretary for the American Debate Association and is the current Second Vice President of the Cross Examination Debate Association. He currently serves in the tabroom of numerous college debate tournaments as well as the High School Tournament of Champions.

With over 18 years of debate experience, Ryan has previously served as the Compliance Director for Future Advocates of Manhattan at NYU, and Camp Director for the James Madison Debate Institute and the Liberty Debate Institute. He has been recognized with the Dr. Neil Berch Award for Commitment to Service in the Larger Community (2016), the Frank Harrison Award for Excellence in Coaching (2013 and 2017), and was a Finalist for the Julia Burke Award for Character and Excellence In American Debate Association Policy Debate.

For over 20 years, Coach Hall has developed and trained championship novice debaters who have won multiple National Championships at CEDA JV/Novice Nationals and ADA Nationals including the winners of the 2019 American Debate Association National Tournament at the University of Georgia. Her novice debaters have gone on to qualify for the National Debate Tournament and earn top honors as varsity debaters.

Coach Hall was a 2016 ACC Debate Championship Guest Judge. In 2017, she chaired the American Debate Association Novice Curriculum Committee responsible for the inaugural ADA Novice Packet. She was awarded the Frank Harrison Award for Excellence in Coaching at the US Naval Academy Debate Tournament 2011-2015 and Top Coach at JV/Novice Nationals in 2000, 2004, and 2008. In 2012 she received the John A. Jacobsohn Award for Service to the Debate Community presented at the CEDA JV/Novice National Tournament at WVU. 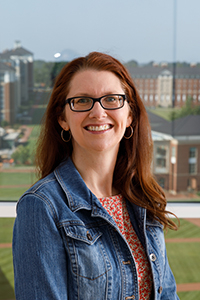 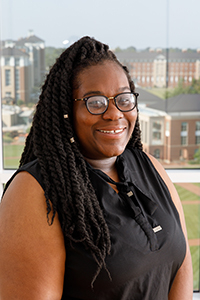 Vida Chiri is an Assistant Director of Debate at Liberty University.

Coach Chiri is a highly successful varsity debate coach. Her debaters earned a first-round at-large bid to the National Debate Tournament in 2019 and have debated in elimination debates and earned top speaker awards at all the major national tournaments including GSU, Weber, Wake Forest, Gonzaga, Cal Swings, Rutgers RR, Northwestern, Gonzaga, and the NDT.

Coach Chiri teaches at UC Berkeley’s summer debate institute and Newark Science and University High School. Her high school debaters have won or advanced to the late elimination debates of major national and regional high school tournaments like Lexington, Lakeland, NDCA Nationals, Tournament of Champions, and NSDA Nationals. She has coached numerous students in both LD and Policy debates to the Tournament of Champions.

Chiri was a debater for University High School (NJ) before being recruited to debate for Liberty. As a varsity debater at LU, Chiri qualified for and advanced to the elimination rounds at the National Debate Tournament three years in a row with a sweet sixteen (octo-final) appearance and 2nd Speaker Award in 2016. She advanced to late elimination debates of the Cross-Examination Debate Association National Tournament, reaching the final debate in 2016. Her competitive successes were a significant part of eight First Place National Rankings Championships for Liberty Debate.

Coach Chiri has a Bachelor’s degree in Psychology and a Master’s degree in Human Services Counseling from Liberty University.

Tina Guilbert is the Administrative Assistant for Debate at Liberty University.

Before joining Liberty Debate, Ms. Guilbert worked as a Training Specialist in Financial Planning & Budgeting where she trained staff members on finance policies and systems. Ms. Guilbert has a Bachelor’s degree in Business Administration from Averett University and a Master’s degree in Education from Post University. 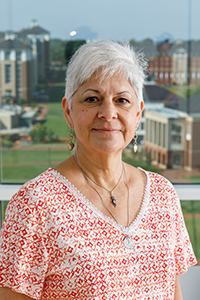