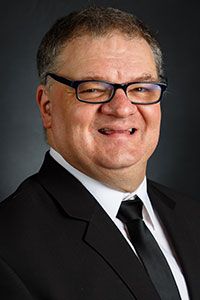 Teaching at Liberty University since 2007, Dr. Carey Martin brings to the academic world over 20 years of experience as both media professional and university professor.

Despite a demanding residential and online teaching schedule, Dr. Martin remains active on the professional side of media. Most recently, his award-winning screenplay, “Oh-fer,” was produced by Mirari Pictures, a Virginia-based Christian and family-friendly production company. The final production of the film, which Dr. Martin directed, has already won a national, peer-reviewed award for excellence.

During his spare time, Dr. Martin enjoys spending time with his wife, Traci, and their daughter, Bethany.  His hobbies include collecting books about film & television history, archery, and occasional dabbling in extreme sports such as whitewater rafting.