Launch Your Film Career with the Residential B.F.A. in Film Production & Creative Development

Get ready for success in the film industry with a B.F.A. in Film Production & Creative Development from Liberty University. This professional degree program offers you a unique Christ-centered, story-centric film production experience. Be mentored by award-winning industry professionals using world-class production facilities. Our faculty members give you specialized, hands-on instruction in taking a story from concept to distribution.

Learn how to integrate your faith into all aspects of film production while you gain an understanding of:

With your film B.F.A., you’ll be prepared to perform well on any film set. As a student, you’ll work as crew on a feature-film-level production produced for distribution. Our graduates receive up to two IMDb (International Movie Database) credits from crewing these films.

As a student, you’ll have access to Liberty University’s state-of-the-art production facilities and equipment to use for your thesis film. These include a certified THX Dubbing Studio, the DaVinci Resolve Coloring Suite, Wet Foley Recording Room, RED Epic Helium 8K cameras, ARRI HMI lights, Litepanels, and a robust wardrobe and props inventory.

The B.F.A. in Film Production & Creative Development is offered through the Cinematic Arts Department. 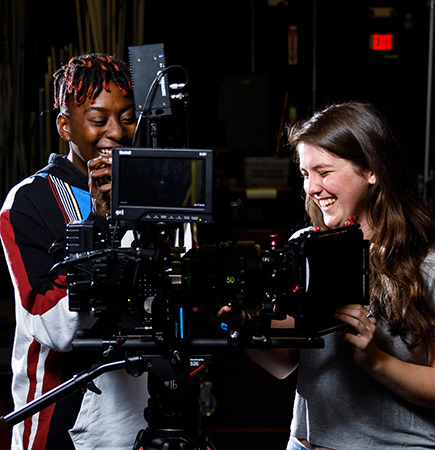 Why Get a BFA in Film Production?

Our BFA is a professional degree that allows you to gain skills in targeted focus areas while giving you practice in real-world film productions. With the BFA in Film Production & Creative Development degree from Liberty University, you’ll get the experience and preparation needed to walk onto any film set and perform with excellence.

Customize Your Degree in One of the Disciplines of Filmmaking Below 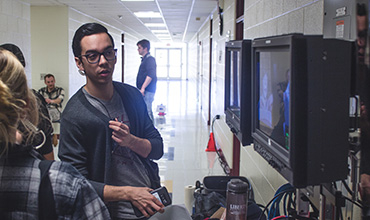 Build and manage a team of creative storytellers. From story concept to delivery and revenue streams, as a producer, you’ll learn how to lead the process of content development. 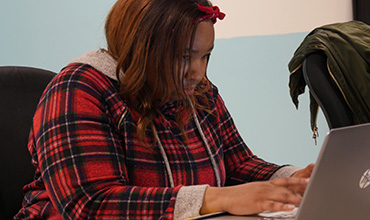 Discover your voice and write for the big and small screen. Find out how to craft stories filled with engaging characters that produce a relatable message. 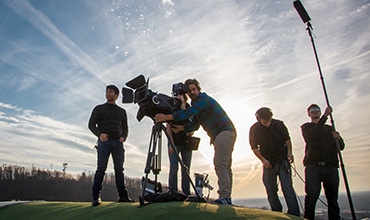 Connect viewers to the story and shape their perspective. As a cinematographer, you’ll learn how to reveal a story’s truths and emotions through your use of the camera. 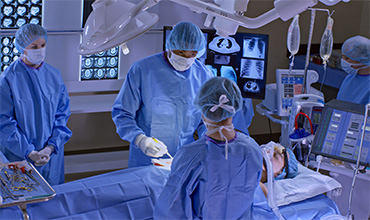 Develop an eye for visual storytelling that provides context, continuity, meaning, and character to a multi-media narrative. As a production designer, your set, location, and prop aesthetics will create a stage for the story. 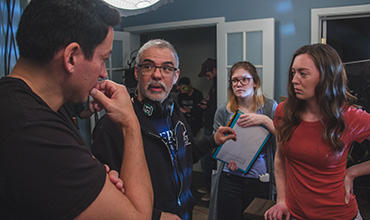 Bring stories to life as you grow in your understanding of cinematic craft. Learn how to motivate a cast and crew to fulfill your visions and make masterpieces. 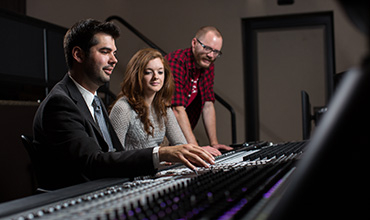 Acquire the skills to emotionally move an audience in ways that images cannot—ways that may even be subconscious to viewers. Learn how to listen to a movie and create sounds that will interpret a story. 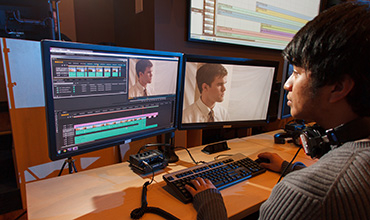 Gain a deep understanding of story elements and a mastery of the technology that can edit and deliver them as narrative works of art. Learn postproduction roles such as picture editing, visual effects, and sound mixing. 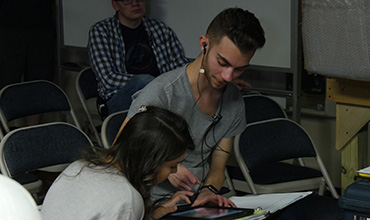 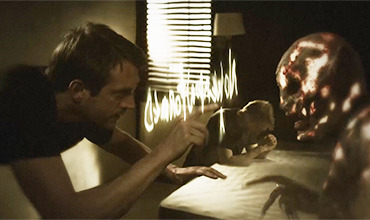 Churches, corporations, the government, and non-profits need someone to create, manage, and deliver audio/visual content. Learn how to manage productions and create engaging content while informing targeted viewers.

Don’t See What You’re Looking For?

Gain even more flexibility as you handpick classes that align with your interests and career goals.
Learn about our BFA in Film Production & Creative Development – Interdisciplinary degree.

This summer, faculty and alumni worked on the first season of a new TV series called Eleanor's Bench! The show, produced by Sony Pictures Entertainment, will be streamed on Pure Flix this spring. 🎉 Click the link in bio to learn more. ...

Who says your dream wardrobe doesn’t exist? Our costume wardrobe has anything you need for your thesis film! ...

Many TV series start as an idea pitched to a studio by a showrunner. Our new B.F.A allows you to focus your study on developing showrunning skills that explore both the creative process and the business process of running a show. Click the link in our profile to learn more! #filmschool #showrunning ...

We're excited to announce a new degree! Our Bachelor of Fine Arts in Film Production & Creative Development is a professional degree that allows you to focus your studies in one of nine skill areas: producing, screenwriting, directing, showrunning, production design, cinematography, sound design, editing, and video effects. Check it out (link in profile)! #filmschool ...

Say hello to our Juniors! We're watching them excel already in the Cinematic Arts Department! ...

Emily is excited to join to the CINE department as the new Administrative Assistant! A recent graduate of the program, she found her niche in the production office where she can print papers and organize the Google Drive to her heart’s content. Pride & Prejudice is her all-time favorite movie, and she will happily debate whether the 2005 feature or 1995 TV series is better. She can talk about period dramas for hours but can find another topic if that really bores you. Her favorite part of working at the front desk is the new candy poll every week. Please stop by and say hello! ...

Yesterday, we celebrated the start of a new year with our film students at our annual Welcome Back BBQ. It's going to be a good year! #filmschool ...

How do you film a horse in action? Prof. Doug Miller (DP) describes the challenges on Dr. Nelson's movie, _Texas Rein_. #filmschool ...

Anne Lamott's words are liberating to storytellers because many creators and supporters in the arts have glorified perfectionism.

Don't listen to the oppression of perfection. Be brave enough to start somewhere in your storytelling skills. Just don't be content to stay there. ...

New posters are going up in our hallway! What do these movies have in common? They are productions our alumni have worked on! #filmschool ...

One month left of summer break! Are you working on any filmmaking skills or film/video projects? Tell us about it! (photo by Billy Freeman on Unsplash) ...

Writing a screenplay? Watch your characters. They will reveal themselves to you as you put them in trying situations. Their choices show you who they really are. Also, listen to how they dialogue with others. Their words reveal their perceptions of who they think they are and sometimes who they’d like to be. #screenwriting #screenwriter ...

From filming to fun, our high school campers were fully focused at our recent Film Uncut Camp! #highschool #filmcamp ...

Junior Jaycie worked in the camera department of our spring production, _Never Give Up_, where she quickly earned professional set experience. She discovered how God's diverse gifts in people enable them to work together and glorify Him! #filmschool ...

Junior Jonathan Pitts was 2nd AC in our spring production, _Never Give Up_. He was excited to get cinematography experience on a feature-length set! #filmschool ...

Recently in our Film Uncut camp series, middle school students turned our campus into a playground for filmmaking. They took fun to the next level and made short films! #middleschool #filmcamp ...

Junior student Madelyne introduces us to her role as BTS DP on the set of _Never Give Up_. "What is that?" you say? Check out her interview! #filmschool ...

This spring, our juniors trained with the crew of _Never Give Up_, the true story of how twenty-year-old Brad Minns does the impossible in the Men's Singles Tennis Finals in the 1985 Deaf World Games. Here's a sneak peek from Week One of the shoot. ...