Liberty will serve as a primary sponsor for the 60th running of Charlotte’s Cup Series race, also known as 600 Miles of Remembrance, set for 6 p.m. on May 26. The race will honor United States military servicemen and women who have given their lives in active duty defending their country. It will be preceded by a spectacular salute to American military heroes.

Byron’s car will feature a tribute to U.S. Air Force Captain Mark Weber on its windshield header. Like Byron, who is pursuing a degree in business communications, Weber was a Liberty student enrolled in its online programs. He died at the age of 29 in a helicopter crash while supporting Operation Inherent Resolve in Iraq on March 15, 2018. 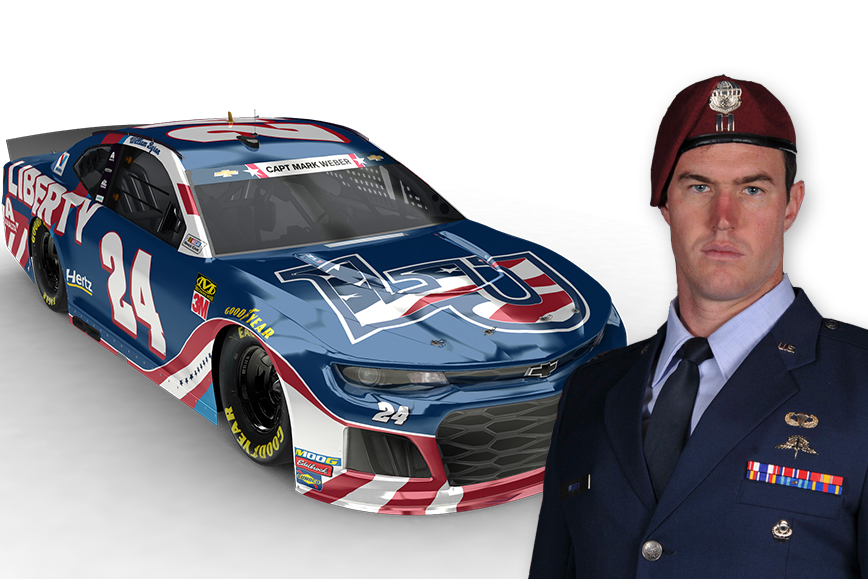 A 2011 graduate of the U.S. Air Force Academy, Weber went on to become a Combat Rescue Officer and Team Commander of the 308th rescue squadron in Cocoa Beach, Fla. He was known for his Christian faith and regarded as a humble leader, courageous airman, and caring friend.

Weber received his M.A. in Executive Leadership posthumously during Liberty’s May 2018 Commencement Ceremony, attended by his sister and girlfriend.

“It’s an honor to be able to have Captain Mark Weber’s name on our car in Charlotte,” Byron said. “It’s the least we can do to show our appreciation to him and his family for the sacrifice he made for our country. Racing at Charlotte Motor Speedway is already special to me as it is my hometown track and where I grew up racing. The 600 Miles of Remembrance makes it even more special with what it stands for and the shared connection between Captain Weber and myself both being Liberty University students. Hopefully we can make the Weber family proud with a solid run in the No. 24 Liberty University Chevy that night, and it would be even better if we could end it with a win in one of the most historic races we run.” 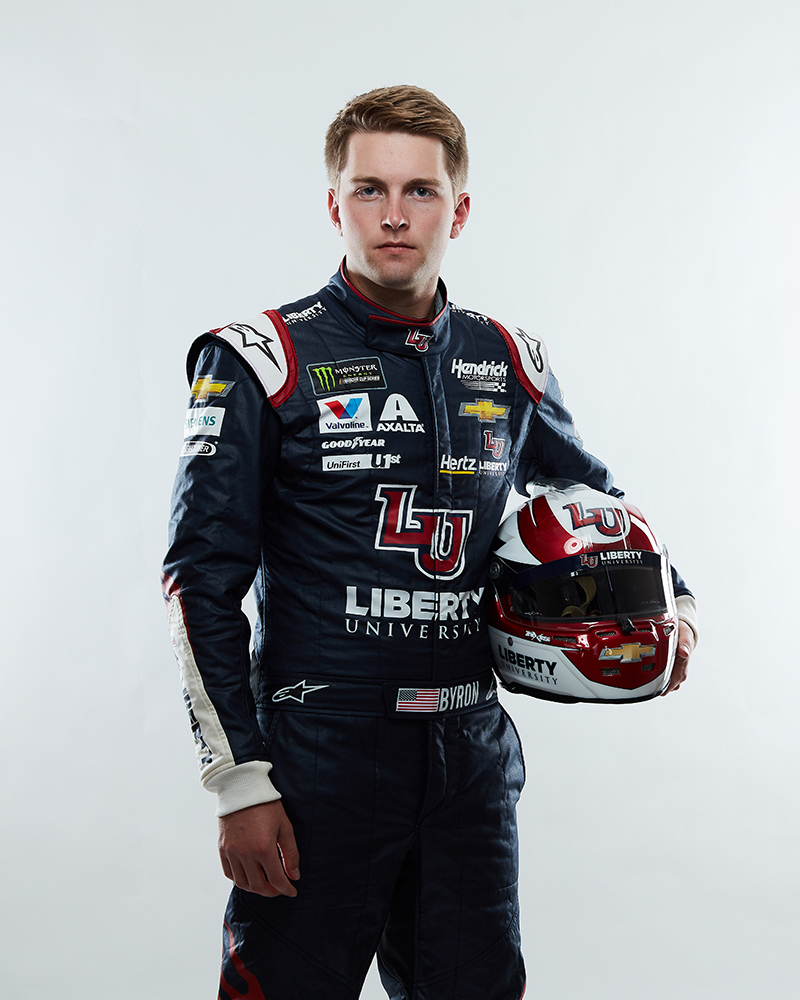 Liberty has built a community of thousands of service members, veterans, and military spouses, many of whom study through its online degree programs while based around the world.

The university was ranked the No. 1 “Best for Vets” school by Military Times for 2019 and designated a Top 10 Military Friendly School on the 2019-20 list of “Better for Veterans” institutions.

In July 2017, Liberty became the first Purple Heart University in the Commonwealth of Virginia.

Byron, the 2018 NASCAR Cup Series Rookie of the Year, started second and placed eighth in Monday afternoon’s rain-delayed race at Dover (Del.) International Speedway to move up in the NASCAR Cup Series standings.

Liberty alumni and current online and residential students, as well as faculty and staff, will have an opportunity to purchase $24 tickets to the Charlotte race with more information to be sent out by email on May 13.