Military graduates commissioned to change the world for Christ

Chaplain Col. Dr. Steven Keith, USAF Ret., director of Liberty University’s Center for Chaplaincy in the Rawlings School of Divinity, challenged the crowd in the Vines Center for Friday night’s annual Military Graduate Recognition Ceremony to take their degrees and answer God’s calling to be His ambassadors and world-changers.

“As military members, we are sent around the world and we must be willing to deny ourselves, take up our cross, and be the light of the world,” said Keith, who, with his wife and five children, relocated 15 times around the world throughout his 30-year career as an active duty Air Force chaplain. “God has divine appointments set up for you. He’s the King of Kings; He’s the Lord of Lords; He’s the Commander in Chief. He has called us to be His missionaries, His voice.”

He exhorted the graduating military service members to thank God, as well as family and friends who supported them along the path to graduation, and to dedicate their lives in service to Him.

“Jesus says, ‘Well done,’ but He also says, ‘Are you all in?’” Keith said. “Our prayer tonight is that you will say, ‘I’m going to take this degree and take my life and use it for the Lord. I’m all in and I want to go wherever You want me to go. I want to do whatever You want me to do. Whatever divine appointment You have for me, I want to meet.’”

A total of 6,219 military service members, veterans, military spouses, and others with military ties will graduate on Saturday, more than 30 percent of the Class of 2018. Approximately 1,850 of those are expected to participate in Liberty’s 45th Commencement Exercises at Williams Stadium.

A large portion of Liberty’s 1,918 graduating spouses of military personnel were honored at the fourth annual Military Spouse Graduate Recognition Ceremony held earlier in the day in the Center for Music and the Worship Arts, Concert Hall. Dr. Laurel Shaler, a military spouse and director of Liberty’s Master of Arts in Professional Counseling program, served as the keynote speaker.

Both events were organized by the Office of Military Affairs.

Two commissioning ceremonies also took place on Friday for graduating cadets of Liberty’s Reserve Officers’ Training Corps (ROTC) programs. Students from Liberty’s Army ROTC Eagle Battalion were sworn in as second lieutenants at a ceremony in the Concert Hall. Each graduating cadet took an oath of office and was presented with a pin signifying their rank before receiving their first salute from an attending officer or military family member. Eleven members of Liberty’s U.S. Air Force ROTC Detachment 890 were commissioned at a ceremony at the University of Virginia. 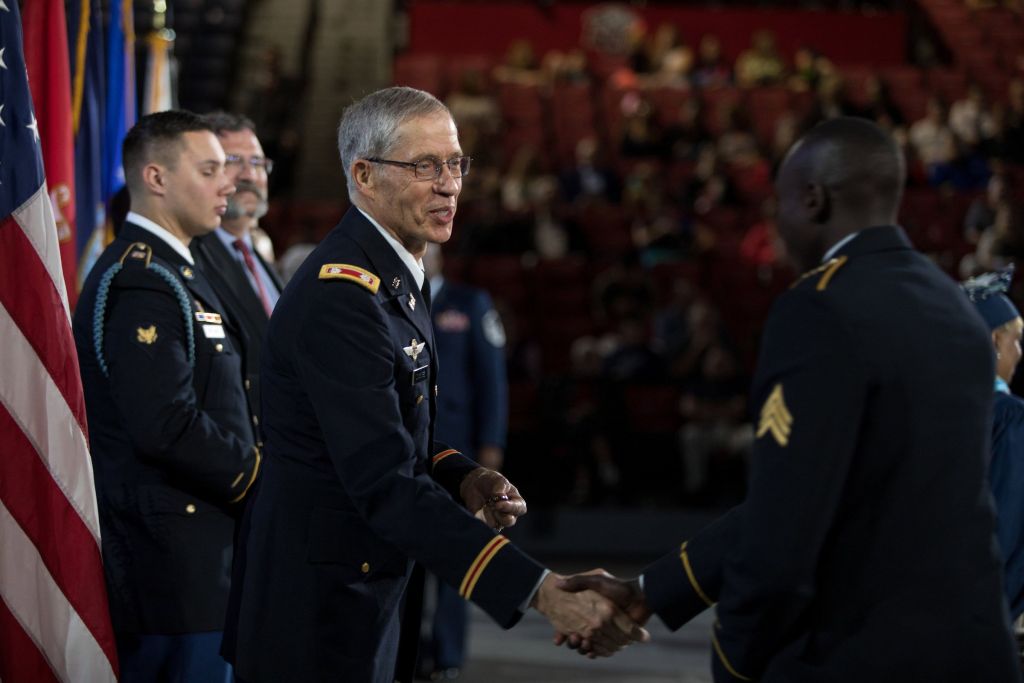 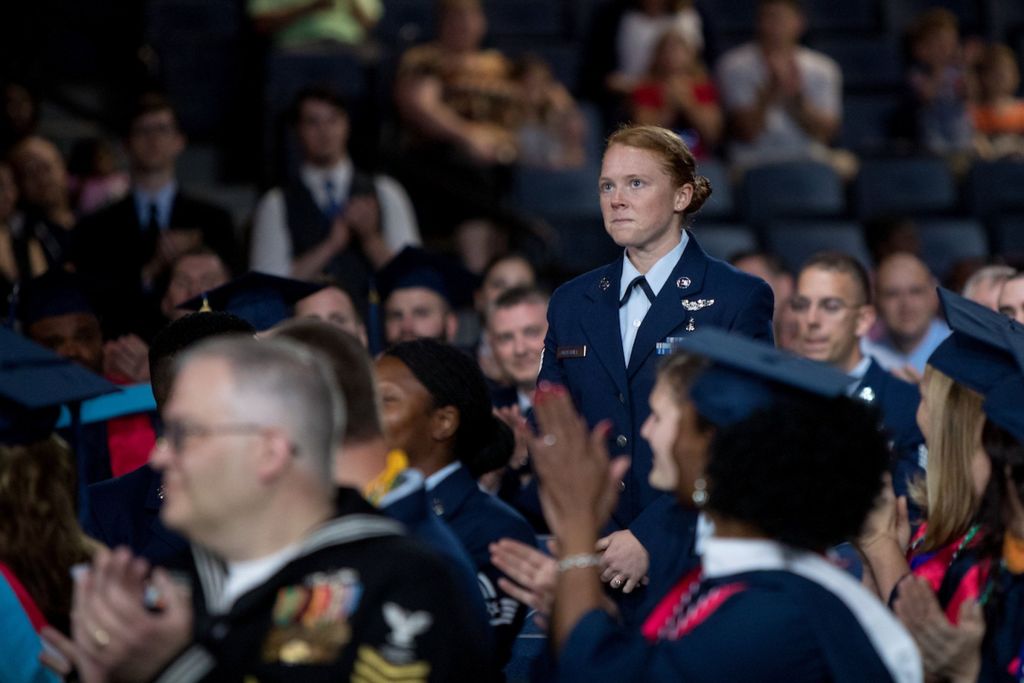 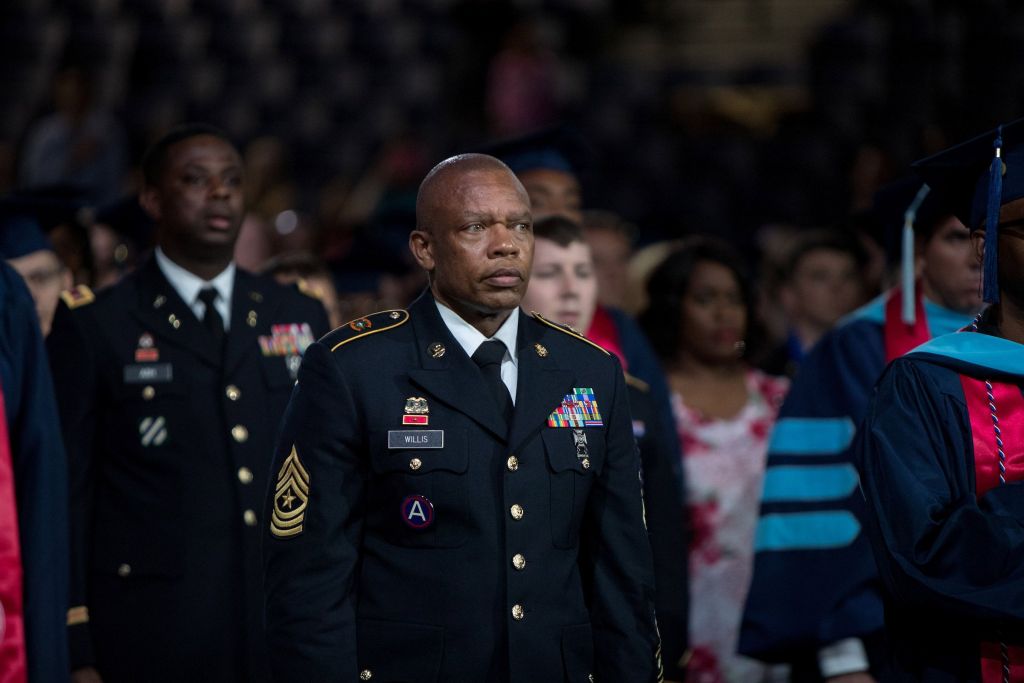 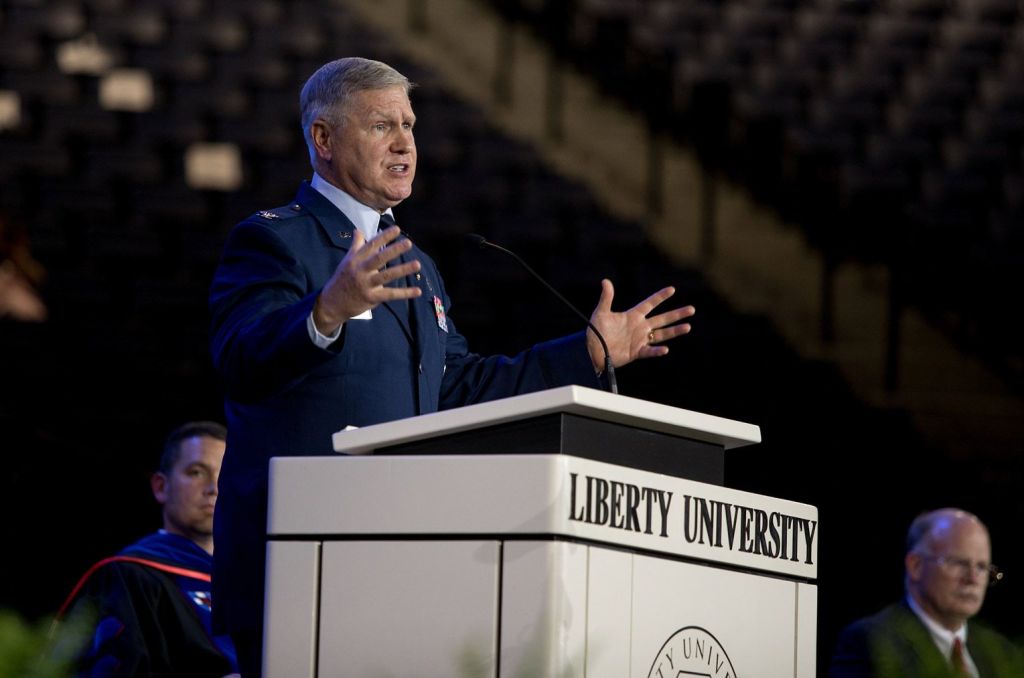 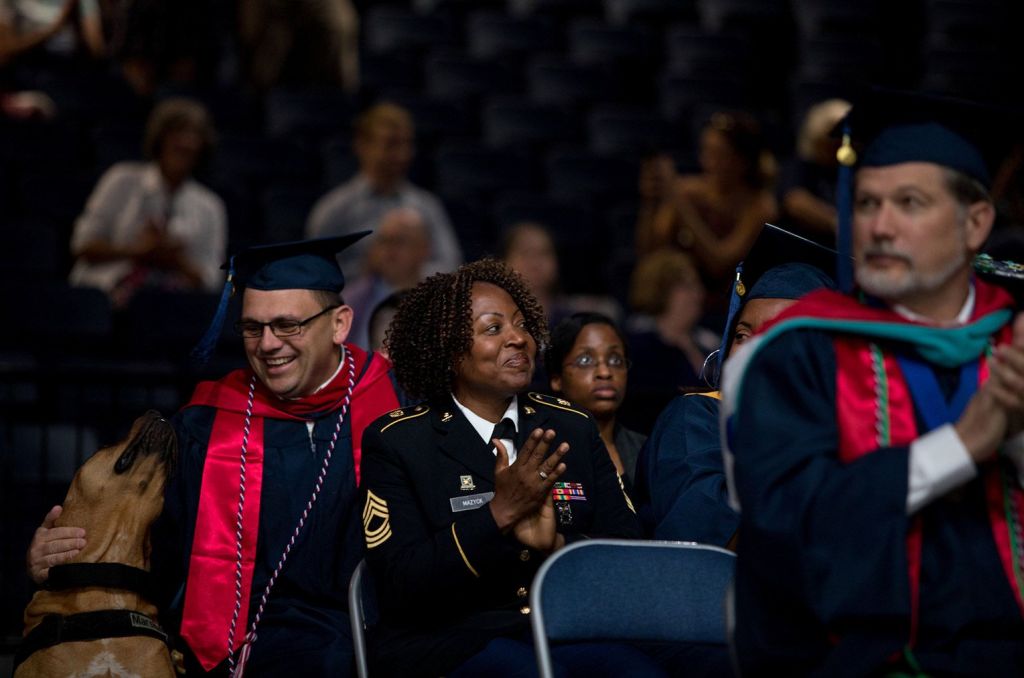 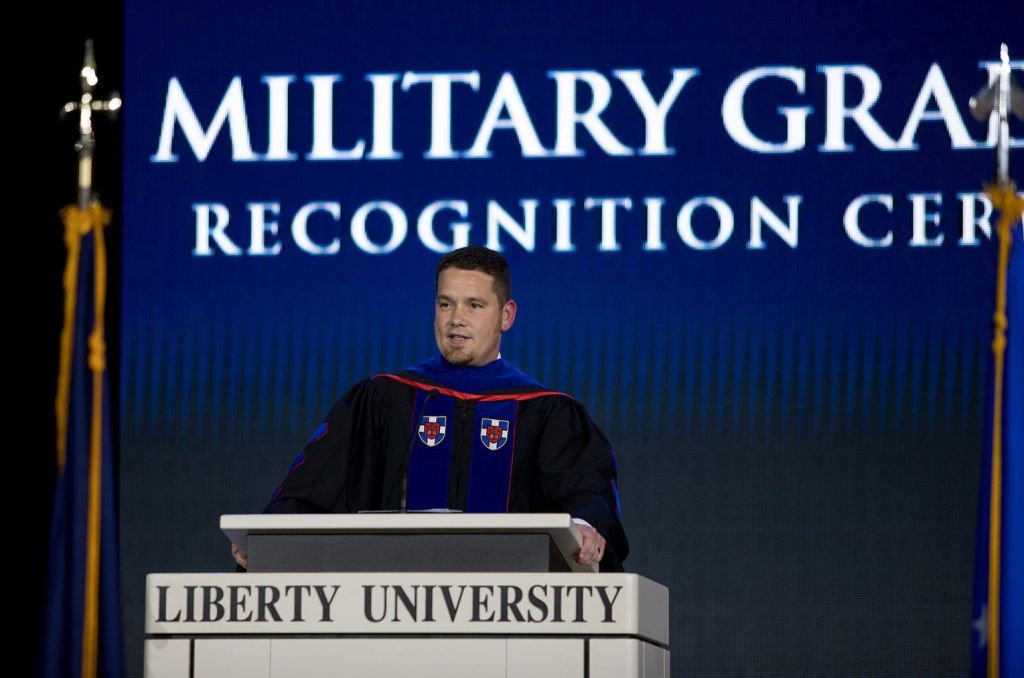 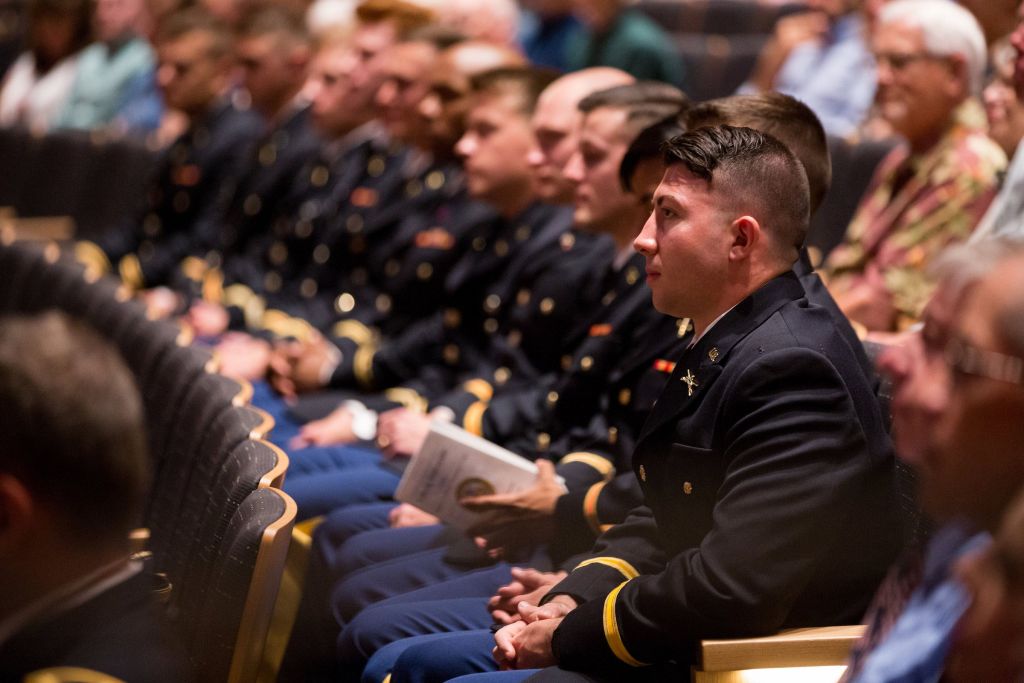 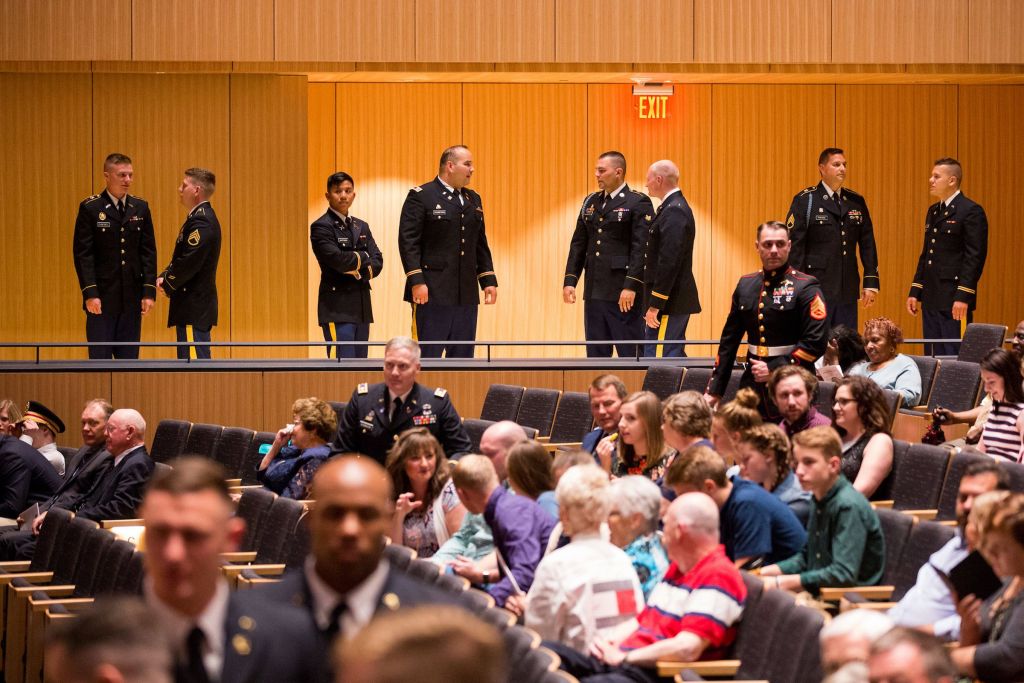 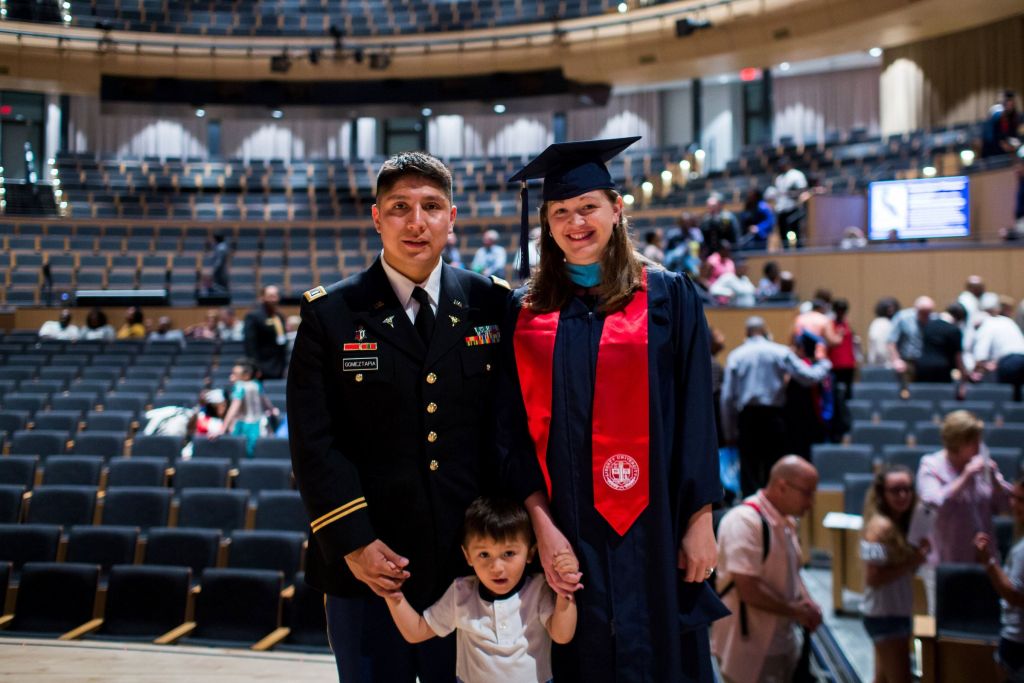 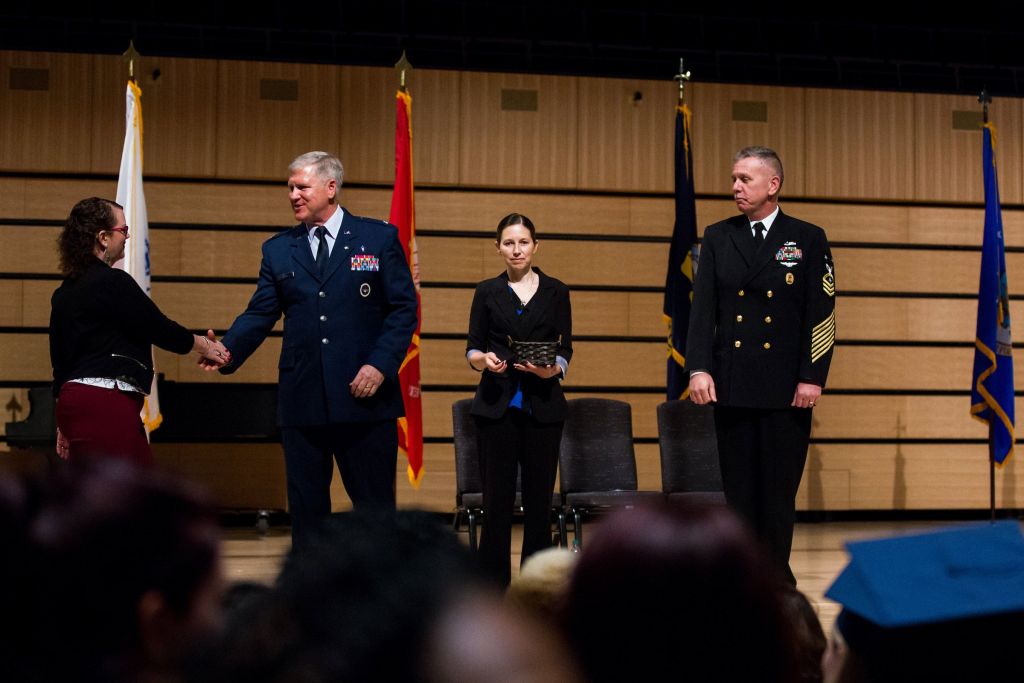 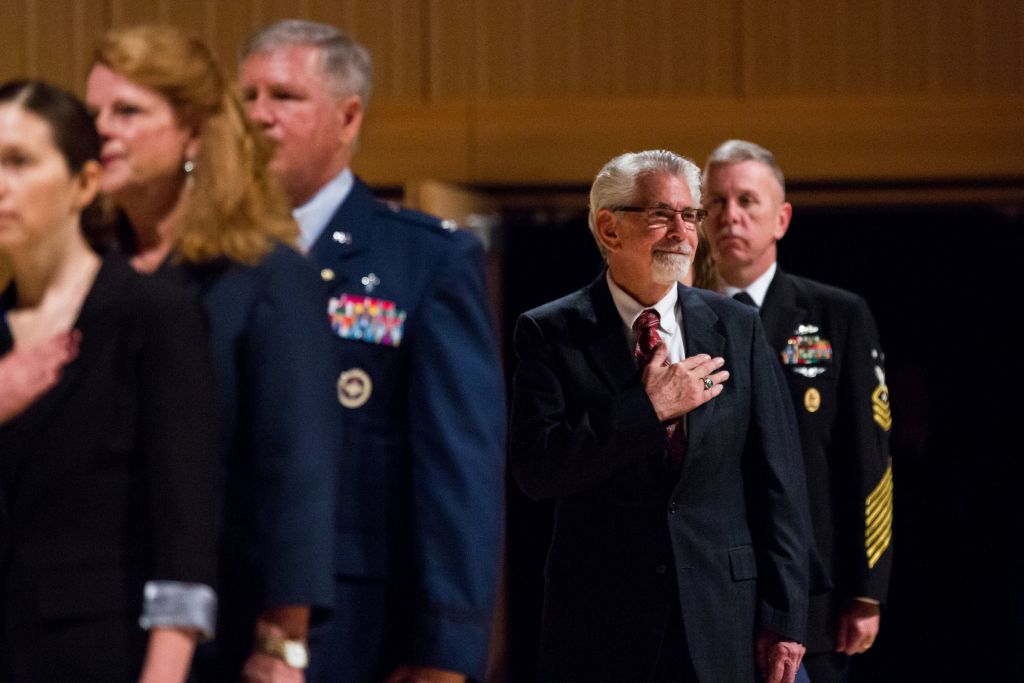