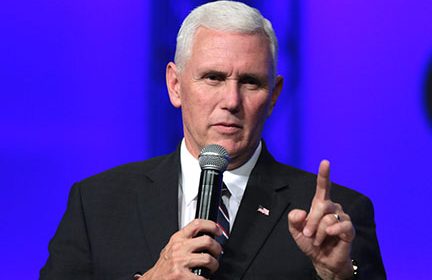 During the presidential debate, many potential voters were not able to get a grasp on the policies of the two presidential candidates as they talked over one another and were challenged multiple times by the moderator. Americans were left discouraged, leaving the vice presidential debate to bolster the people’s spirits and sway voters to their side.

When the vice presidential debate was over, Americans got more than what they expected. They got to see both parties reveal their true colors and where they stand on their beliefs.

Throughout most of the debate, Kamala Harris avoided answering important questions, while putting the blame on President Trump to cover up not being able to answer questions properly. Mike Pence, on the other hand, defended himself and the President by showing the facts of what the Trump administration has done for the country. As Pence himself told Harris during the debate,

It is a statement that rang true throughout the remainder of the night, as when Pence reminded Harris and the Americans watching from home that China was responsible for the coronavirus pandemic. Harris claimed that Trump and his administration knew about the coronavirus back in late January, but Pence replied that the American personnel were not allowed into China until mid-February, after the virus had picked up steady steam. To help combat the virus, the administration blocked all travel to and from China, which at the time the Democrats condemned as xenophobic.

Later on in the debate, the topic moved onto the subject of Supreme Court nominee Amy Coney Barrett. Trump has stated that overturning Roe v. Wade is possible if Barrett does reach the Supreme Court, leaving it up to the individual states to decide if they should ban abortion. If Biden wins, however, then he could very well pack the Supreme Court so as to prevent that from happening.

Pence asked Harris during the debate if she and Biden would pack the Supreme Court should they win. Harris dodged the question as Biden and his team have been throughout the past weeks, stating that Abraham Lincoln waited until after his 1864 victory to let the American people decide who should be the leader of the Supreme Court. Her history lesson is a bit flawed, however, as it is not clear if Lincoln did this out of goodwill toward the American people and never picked a head of the Supreme Court until after the elections due to political complications.

Moments in the debate like these allowed Pence and Harris (as well as the parties they represent) to show their true colors. Mike Pence came to the debate with truth and facts; Kamala Harris came with mostly  opinions. In a year like 2020 where America is being pulled apart, it should not be hard to see who should be vice president of our country.

On Nov. 3 this year, the fate of America will be entrusted to its citizens. Some may think that their vote does not matter and that they should just stay home (safe from the virus), while others will vote like their life depends on it. But whatever Americans do on Nov. 3, what they do will ultimately shape the country for the next four years, and it is a decision that should not be made lightly.