LU Serve sends its winter G5 trip to its country of focus, Colombia, for 10 days 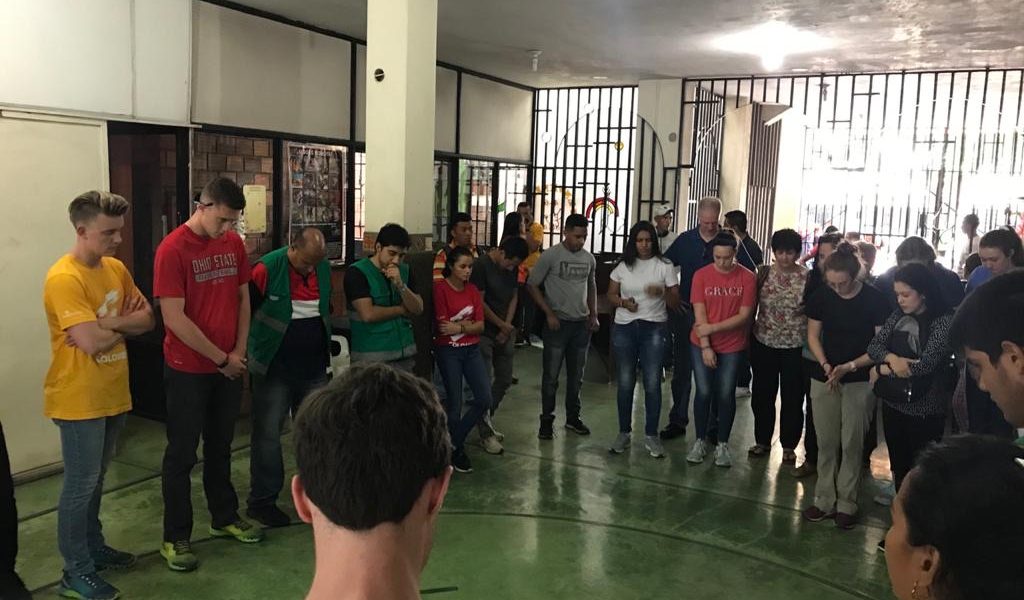 LU Serve put its motto “Touch, Engage, Go” into practice this month with the Winter G5 Colombia trip. As this year’s country of focus for the G5 campaign, Colombia is a strategic oppurtunity in South America with the Venezuelan crisis nearby. In the last few years,  1.4 million Venezuelans have taken refuge within Colombia alone, according to UN News. LU Serve of the office of Spiritual Development sent the first group of students stepped forward with its partner Samaritan’s Purse to send a team to the people hurting in crisis.

The team went on a 10-day trip to learn, serve and experience the diverse culture of Colombia in three cities. Made up of Liberty students, the team mostly engaged in humanitarian work, such as participating in feeding programs, playing with children, sharing the Gospel, food distribution and distributing clean water. At various refugee shelters, they helped by performing tasks such as laying down mats, cleaning, painting and other essential tasks.

Steven Gillum, director of International Engagement at LU Serve, said that some of what was done wasn’t only serving with necessities like food and water.

“There were opportunities to educate migrants coming into the shelters with regards to important information, sharing devotionals, or just encouraging them to share their stories,” Gillum said.

Just having an ear to listen to what the refugees had gone through was an open door for the team to be able to minister
to the people.

“The main way the team was able to impact the community was serving alongside Colombians,” Gillum said. “We also can listen to their stories, and through listening to their stories we can get to know them, and them to know us. Through serving them a meal or just creating normalcy, we can create a relationship.”

One of the stories of a refugee really stood out to Gillum. A mother of four children walked for almost two weeks from Venezuela with only what possessions she could carry. Although the situation wasn’t favorable,
she didn’t complain.

“She was very much filled with joy,” Gillum said. “She just seemed to have a hope beaming from her. And later we came to find out that she was actually a believer.”

A lot of the team’s work was partnering with the staff of Samaritan’s Purse in Cucuta, they also worked alongside a ministry in Bogotá that serves as an orphanage for special needs children called Luz y Vida.

At the orphanage, the G5 team did laundry for the ministry and played with the children and youth.

“We were really able to love them and provide relief for the staff,” Gillum said. “That was such an impactful time for
our students.”

Throughout the trip, the language barrier was a challenge. Not knowing the language makes it difficult to know the heart of the people, Gillum said. The challenge was met by bringing good interpreters who could understand the team and their message and could relay their words. Some of the students who came on the trip were also fluent in Spanish.

“(The team) served without complaining and with intentionality. They came ready to listen, learn, and walk alongside,”
Gillum said.

Gillum said he was excited to see how God was using the students in a way that was really powerful. Some of the students shared the Gospel openly with crowds anywhere between the size of 75 to 200 while others ministered one-on-one with the people he said.

“There were lots of times to incorporate the Gospel of hope while they were doing something practical to serve the people,” Gillum said.