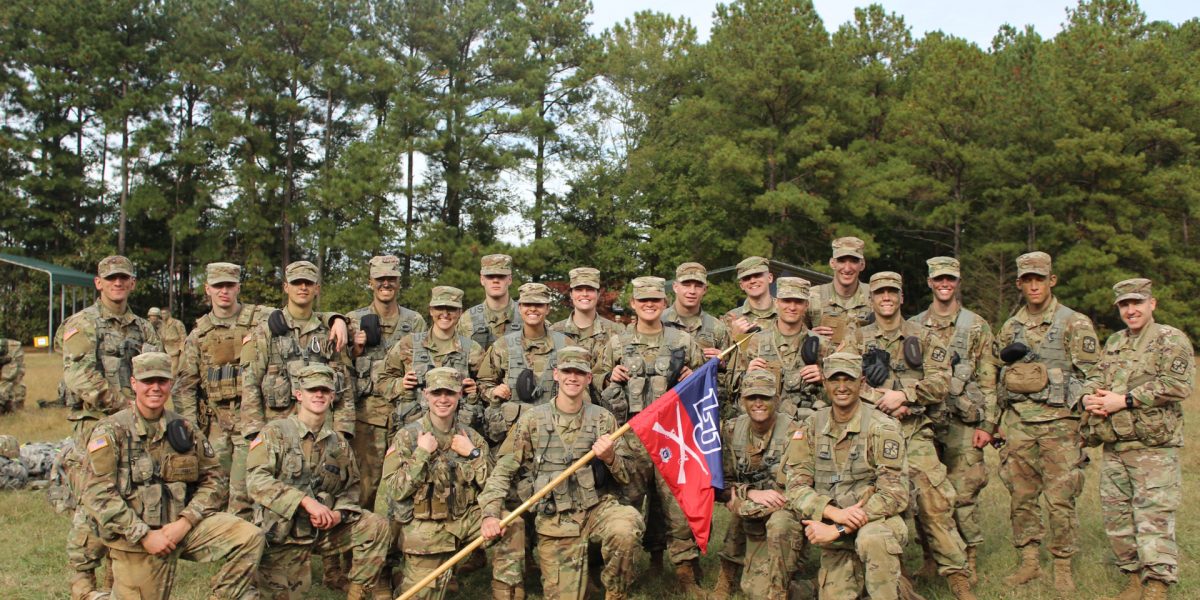 The members of Liberty University’s Reserve Officers’ Training Corps (ROTC) pride themselves not only in physical training and labs, but in their effort to give back to the community in service. ROTC participates in a number of events throughout the year, some requiring physical training and others requiring an open heart for service.

ROTC members Caleb Deusen and Austin Springer are both seniors in the program. Both became involved due to scholarships offered through the program.

“We did a team together and we kind of built up and trained those guys to go and compete there,” Deusen said. “It was about 18 miles we roughed carrying a bag about 35-40 pounds and (we’re) doing different events about each mile while being graded and evaluated during those events.”

Springer said the team placed seventh out of over 40 teams. The program, he said, is getting more competitive as it grows.

Another event that ROTC is participating in is Field Training Exercise (FTX) next weekend. The FTX helps train upperclassmen in “tactical operations” through combat simulations according to globalsecurity.org.

“You go out to Fort Pickett and go out there for three days,” Springer said. “For freshmen and sophomores, it’s more of a learning environment. They go out there and get taught to do basic infantry tasks. Juniors are kind of on their own with no instruction, as they have already learned it, so they are thrown out there to see how they do.”

Deusen identified the value that this provides for students in developing the necessary skills.

“It’s kind of helping to develop a lot of their leadership skills and preparing them for camp when they go this summer,” Deusen said.

It’s not only ROTC-designated events that the members take part in, but also opportunities to reach out to the community. Two  of the big events were the Desmond Doss house being donated to homeless veterans and another is supporting the Treats for Troops by donating candy.

Both Springer and Deusen recognize the importance behind making volunteer work a priority for ROTC members.

“It’s awesome, at least in my experience,” Springer said. “I’ve been with the same 25 people for four years, and because of that, they’re my best friends. Just having the opportunity to serve with people that you know and love is pretty cool.”

Deusen echoed this and said volunteer work is important for the military aspect.

“It’s pretty important because … (of) building union and cohesion, but …you’re able to reach out to the community and have those connections and that helps build up a positive light with everyone involved. It also shows Christ’s love to those people that are out there,” Deusen said.

ROTC members have a valuable opportunity to learn about how to best serve the needs of others through the organization.

“Service doesn’t always look necessary, but once you get beneath the surface, there are so many needs and opportunities,” Springer said. “People just don’t want to broadcast the need for help.”