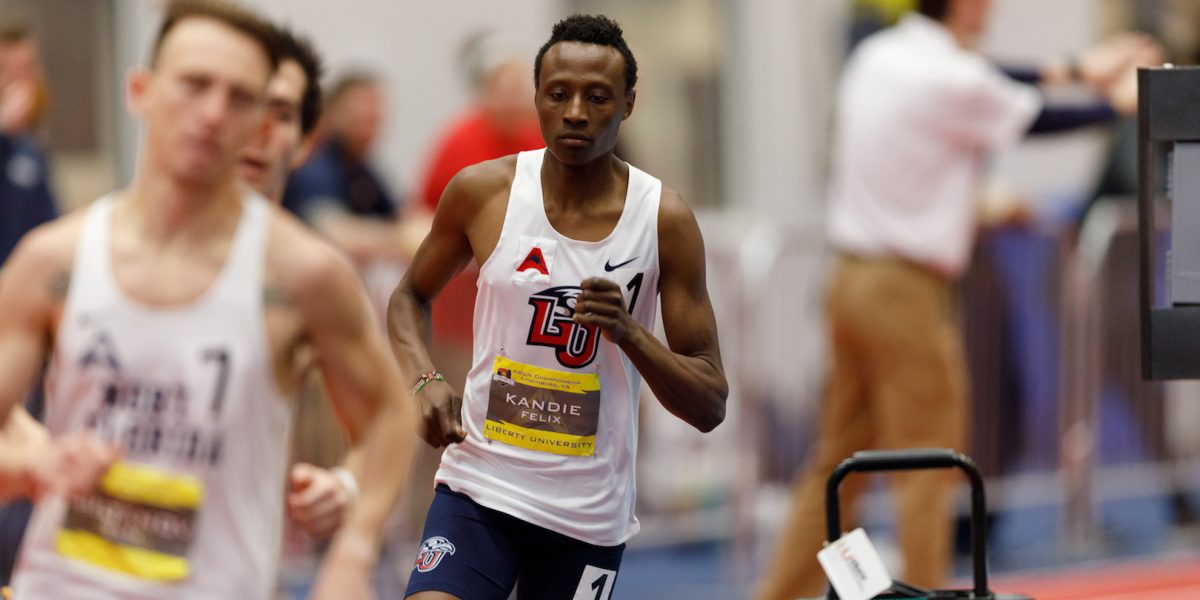 After battling injuries last fall, redshirt sophomore Felix Kandie looks to carry a fantastic end to the outdoor track season into the cross-country season this semester for the Liberty Flames.

During the fall 2018 cross-country season, Kandie injured his back, hindering his ability to perform to expectations. Kandie regained his health and came into form during the outdoor track season, with the highlight a meet-record ASUN title-winning performance in the steeplechase.

Switching gears for cross-country, Kandie is working hard to deal with the increased distances.

“Track was fun, and I knew I had a good shot, especially in the steeplechase,” Kandie said. “But I know cross-country is a little bit different. You have to battle with the miles, make sure you’re on track with the miles and give your best.”

“He definitely showed he was an elite athlete last year at the end of outdoors,” Wendland said. “It’s about transitioning that from outdoors to cross-country. His season went long, so we’re getting him right and making sure he’s sharp at the end of the season. I think the biggest thing for him is the confidence that gives you as an athlete to know you’re one of the best in the nation.”

Kandie almost made it to the NCAA national steeplechase final in the spring, finishing one spot too low for qualification, which lengthened his season significantly. But he got back to work quickly, only taking a two-week break before steadily increasing his mileage to get ready for the upcoming season.

Coach Wendland’s goals for Kandie are more specific as he believes that Kandie has huge potential for the upcoming season.

“I want to watch him believe that he can mix it up with anybody,” Wendland said. “A top-15 finish at regionals would be huge for him, but I don’t want to limit him by any means. I think he can mix it up with the best this year because he’s more than a one-dimensional athlete with just track. We should see him take this next step in cross-country, instead of being a No. 3 runner for us, he could not only be a No. 1 runner for us but be one of the top runners in the region.”

The cross-country season for the Flames starts Aug. 30 with the Liberty Challenge meet taking place at the Liberty Cross Country Course. Kandie is looking forward to the season and his teammates.

“I’m pretty positive about the team,” Kandie said. “We have some new freshmen and transfers, and it looks more solid because of the team culture which every athlete should be implementing. I think it’s a stronger team than last year.”