In 2014, the Liberty University club golf program started out as just another club hoping to connect students with the mutual interest in the sport.

Now, three years later, the club golf team is already competing against top schools like the University of Georgia, University of Alabama and Stanford University in the National Collegiate Club Golf Association (NCCGA).

The Liberty University club golf team earned its first invitation to the NCCGA’s national tournament this year after having a strong performance early in the spring season. The Flames won back-to-back regional tournaments to automatically qualify them for the national tournament, despite being in the Colonial Region, one of the most competitive regions. 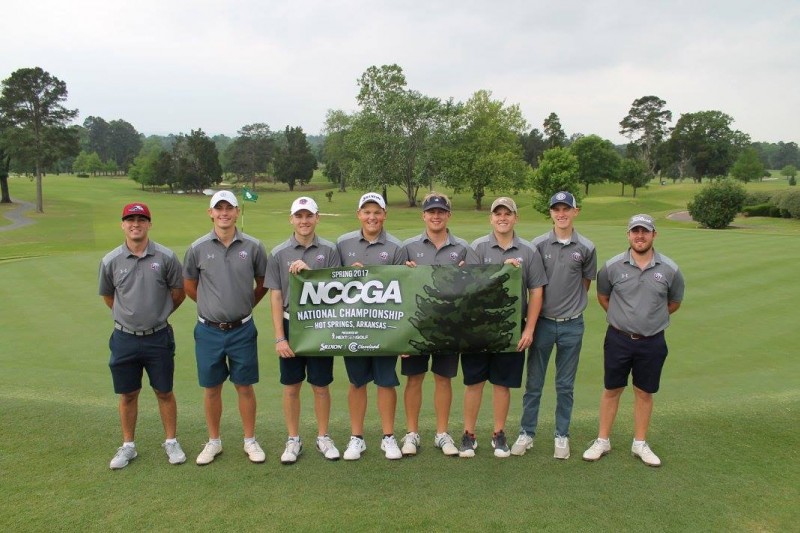 The Flames easily won the first regional tournament from March 25-26 in Williamsburg, Virginia, as they finished the tourney with a total score of 788, 13 strokes less than Virginia Tech in second place. However, at the second tournament from April 1-2 in Daniels, West Virginia the Flames only won by five strokes to secure its invite to the national tournament.

In its first appearance in the NCCGA national tourney, the club golf team tied for ninth place in the nation.

“It felt really good to represent Liberty at a national level,” Cameron Bullman, the president of the Liberty club golf team said. “There are 300 club teams in the country. We went up against all these big name schools and to see Liberty up there at the top was really cool to see.”

Vice President of auxiliary services Louis Cambeletta pointed out that the team was competing against top 10 programs.

“A lot of times when people think of Liberty, they think we’re only playing other Christians schools,” Cambeletta said. “But we played against University of Georgia, University of Florida, Florida State and other top schools.”

But even after a strong first showing, the team believes it is capable of more.

“We didn’t quite play as well as we wanted, but we’re happy with (being in the) top 10 in the country,” said Bullman.

The team credits the success they had this season to a persistent work ethic.

“(The key has been) hard work and practice,” Bullman said. “We knew we had the potential in the fall, we just never really went out and played our best. In the spring we were all determined to go out and play well. We knew we could win.”

Since the team is a club, there are not mandatory practices, but the team still tries to routinely practice as a group. 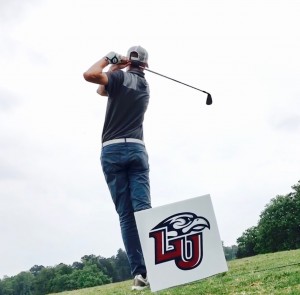 “The cool thing about club golf is that you can still focus on school and then play golf on the side,” Bullman said. “We try to get out as much as we possibly can and practice together – but often times with schedules, that’s not possible. Whether it’s just hitting balls or going out and actually playing, golf is one of those things where you have to go out and play to get better. We go out collectively three or four times a week and make sure we keep our game.”

As the season began, some players feared the cost of playing would be too much to afford.

“We can’t always practice as much as we’d like to because of (money),” Bullman said. “It’s definitely a challenge as opposed to some schools who are getting a lot of funding.”

In its second year the Liberty club goal team grew from five players to 20. The team hopes to continue the growth of the program so that they may continue to thrive at the highest level of club goal play.

“When I first came onto the team it was me, Josh Sellwood and four other guys,” Bullman said. “Now that we’ve grown I have to talk with our vice president about next year as far as funding – and with 20 guys not everybody is going to be guaranteed to play in the tournament. We want to give everyone a chance to go out there and earn their spot. The bigger the program, the better.”

“I believe our goal of winning at the National level is right around the corner,” Josh Sellwood, one of the club’s founders in 2014, said. “We want to give God the glory for giving us the opportunity to compete at this level and we cannot wait for next year to show the country that because we serve a great God, we too strive for greatness in everything that we do.”