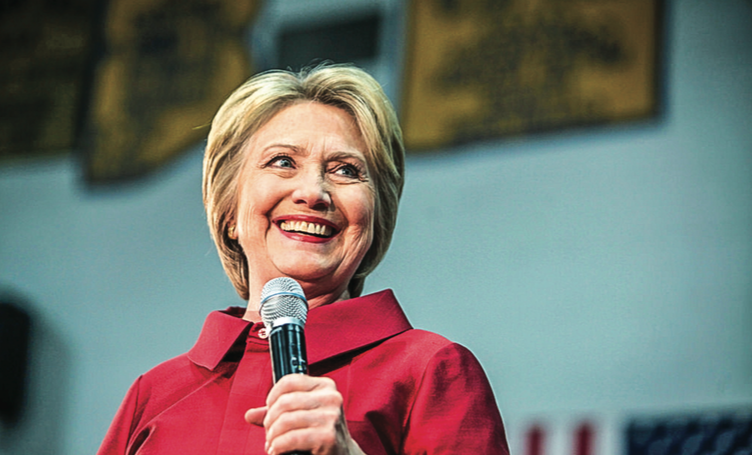 When hearing the word “deplorable,” one thing comes to mind — the 2016 presidential election.

It is now September 2016, and the circus continues. On Sept. 9, 2016 in New York, Hillary Clinton was very vocal about her opponent Donald Trump and the 44 percent (according to fivethirtyeight.com) that have chosen to support him.

“You know, to just be grossly generalistic, you could put half of Trump’s supporters into what I call the basket of deplorables.

Right? The racist, sexist, homophobic, xenophobic, Islamaphobic — you name it,” Clinton said at the LGBT for Hillary Gala.

Of course, what Clinton said is ridiculous, much like everything else that has come from this year’s election season. There are no more surprises.

To assume that all of Trump’s supporters are bigots, racists, sexists and so forth is idiotic and hypocritical.

Especially coming from a candidate who many are supporting because she is the “lesser of the two evils.”

It is as if Clinton has forgotten her own “deplorable” track record.

It is interesting that such comments would anger Trump supporters.

After all, he has become the candidate who “speaks his mind” and “says it like it is,” so Clinton’s words should not be too off the mark.

Have we suddenly become sensitive to offensive speech? Weird.

The supporters Clinton mentions must be those who had no problem with Trump’s own gross generalization that all Mexican immigrants are rapists or murderers.

Or maybe his sexist comments about female journalists? The man has given us a lot of options.
If Clinton were wise, she would keep the criticism where it belongs — toward her opponent and his policies (or lack thereof).

Back in 2012, Republican nominee Mitt Romney also made the mistake of calling out the “47 percent” of entitled Americans who were looking to the government for handouts, and it did not go over well.

In such a close election, it does not make much sense to insult those whose votes you need.

According to fivethirtyeight.com, Clinton’s lead has been on a downward spiral, and this gaffe certainly did not help her.

The American people, with all of their flaws and shortcomings, have a tough choice to make come November, and it is only getting more difficult.

Both candidates seem to have forgotten what this whole thing is all about — the people. T

he job of the president is to serve them all, doing all they can to improve the country.

But here we are.

Although Clinton’s remarks are not correct, they are consistent with the view of many Americans. This does not take away from the fact that, as someone who hopes to be the president of the U.S., it is not wise to generalize and judge her future constituents.

If Clinton gets what she is hoping for, she will serve that same deplorable basket of people.

carter is the opinion editor.