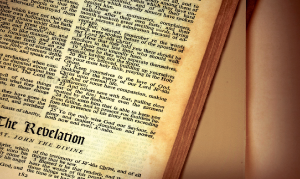 Regardless of your feelings for a book that predates most countries, the power, accuracy, and beauty of the King James Bible is worthy of admiration. Even the New York Times praised the overwhelming influence that the KJB had on not just America and English speakers, but on the world as a whole. “You cannot survey the riches of (this book) … without realizing that you are being given a glimpse of a culture’s birth,” Edward Rothstein said in his article entitled “400 Years Old and Ageless.”

When the edict for an official Bible was given in 1604, it came at a time when the church was rife with false doctrine and religious hypocrisy. King James called together 54 of the most prolific scholars of his day to begin work on a new Bible, one that would be more accurately translated into the English language than any before it.

Using the original textus receptus — Latin for “received texts” — these men were given the monumental task of gathering every original document they could find, translating them and then sifting through the tens of thousands of hand-written pages and compiling it into a single unified entity.

“The King James Bible was compiled by using a ‘majority test,’” Director of Liberty’s Graduate Program in History and a member of one of the committees heading up the KJB Quatercentennial Conference Dr. Samuel Smith said. “It would be like if I got together a class of 5th graders and had them write down what I said verbatim. Then, in 50 years, when someone wanted to know what I had said, they would go to the original documents. By reading and comparing them to each other, the person would be able to understand what I had said almost to the letter.”

And this is what gave the KJB its unparalleled accuracy. Even in the past 400 years, only a handful of other Bibles have used the same method. The others often turn to what are called the “Alexandra texts” — a collection of older texts — with the decision that the older the document, the more accurate it will be because of closer proximity to the events recorded in the Scriptures.

Obviously, there are holes in this method. Neither one can be perfect, of course, but — well, the methods speak for themselves, to be honest.

“We have had to study this great Version carefully and minutely, line by line; and the longer we have been engaged upon it the more we have learned to admire its simplicity, its dignity, its power, its happy turns of expression, its general accuracy, and, we must not fail to add, the music of its cadences and the felicities of its rhythm,” the scholars that developed the English Revised Version said of the KJB in the preface of their translation.

“Students should care about reading and writing because God gave us His revelation in words, in history. The KJB was used by God in a powerful way for evangelism and Christian growth. It’s part of our heritage as Christians, because it was the dominant translation so long, but also because of the influence it had on the English language,” Smith said.

The Reformation was a period of great upheaval throughout Europe as a deep, insatiable urge to read God’s Word swept across the continent. The ability of every man to read the Bible for himself not only became the goal of education, but also the mark of an intellectual. Like Luther’s German Bible developed German culture, so did the KJB greatly aid in the development of English religion, education and literature.

“The value of having the Word of God in your language is priceless, and we don’t appreciate that nearly enough,” Smith said.

The great translation debate continues on in theological circles, regardless of the celebration for the KJB. But even in those circles, the respect for what the King James Bible accomplished — both at the time of publication and in the centuries since — remains undisputed.

And as Dr. Smith noted, “That, in itself, is worthy of a celebration among Christians.”