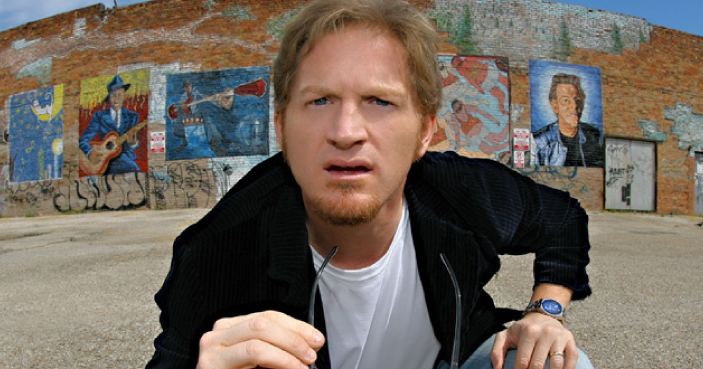 Christianity’s “class clown,” Tim Hawkins, brought more than laughter to the hundreds of people who gathered at his benefit show Sunday, Oct. 10, for the Blue Ridge Pregnancy Center.

“Don’t be ashamed of your testimony,” Hawkins said during one of his frequent serious side notes.

He brought a sobering gratitude to the crowd as he addressed abortion.

He noted that choosing life was a noble and just decision, and the Blue Ridge Pregnancy Center was a worthy receiver of the funds that were raised during his show.

Hawkins began the evening by gallivanting around the stage dressed as a western cowboy singing songs about love, the weather and old white men.

Known for his outlandish lyrics and comical parallels, Hawkins did not refrain from his normal “poking fun” self. Everything from homeschooling to Christian denominations was subject to his jocular nature.

Although his act is comical, it is also a ministry.  As he concluded the first half of his show, Hawkins sang a song to tell his ownstory.  Addressing issues such as salvation and peace, he told the audience about the love of Jesus that altered his final destination.

He explained the battle his wife has gone through with breast cancer and offered his simple yet humble advice to others in a difficult place.

“God is good, but life is hard,” Hawkins said.

As the evening drew to a close, Hawkins said that he is just like any other normal person, he just has a microphone and talent.

“Some of you may have laughed so hard you wet your pants. Well my ministry is the ministry of release — so just let it flow,” Hawkins said.

Applause erupted as he concluded the evening with a six-minute song that as he described it, “takes you back to the ‘70’s.”

Never ceasing to grasp a comical opportunity, Hawkins left the stage skipping and high fiving all he could reach.

The estimates are not in yet as to how much money the Blue Ridge Pregnancy Center actually raised throughout the evening, but volunteers were unanimously pleased with the attendance and offerings.

“God is good, but life is hard,” said Hawkins.

Offering hope to anyone who may have been in need, yet never missing a comical beat.

BOLLINGER is a news reporter.