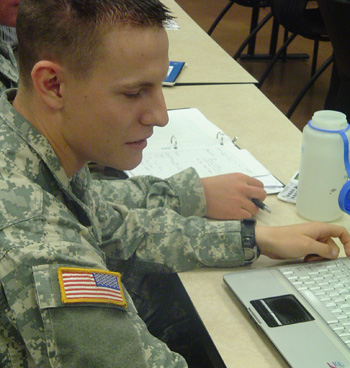 Faculty members recognize our student soldiers and military veterans as capable students who sometimes have unique needs or unique circumstances. This resource page was developed to help faculty better acquaint themselves with these challenges and prepare them to successfully guide these students.

Faculty members are encouraged to familiarize themselves with these available resources aimed at helping better reach and teach our student soldiers and military veterans.

Resources from Other Institutions and Organizations