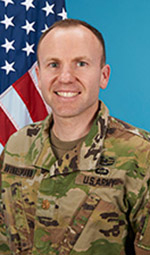 MAJ Winkelmann is from Huntsville, Texas and commissioned as an Engineer Officer from Texas A&M University in 2002. He was a Distinguished Military Graduate and recipient of the GEN George C. Marshall award. He holds a BS in Civil Engineering from Texas A&M, an MS in Civil Engineering from Missouri University of Science and Technology, and an MS in Construction Engineering and Project Management from the University of Texas. He holds a Professional Engineer license in Missouri and a Project Management Professional certificate.

MAJ Winkelmann has 5 combat deployments between Iraq and Afghanistan and 1 operational deployment to Germany. He has numerous military awards and completed Ranger, Sapper, and Airborne schools. He competed in the Army’s Best Sapper competition in 2007 and 2008. 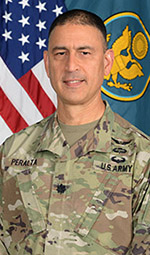 LTC Geraldo A. Peralta is a native of Santo Domingo, Dominican Republic. He enlisted in the United States Army in Miami Florida in 1992 as a helicopter crew-chief. In 2000, he was commissioned as a Second Lieutenant through Officer Candidate School. He is a graduate of the Field Artillery Officer Basic Course, Ranger School, Airborne School, Combined Logistics Captains Career Course, Eisenhower Leader Development Program, Joint Planners Course, Army Command and General Staff College, Army War College Strategic Broadening Seminar, and the Army Inspector General School. He holds a Bachelor of Science in Aeronautics from Embry-Riddle University and a Master of Arts in Organizational Psychology and Leadership from Teachers College, Columbia University, NY.

LTC Peralta’s assignments include Company Fire Support Officer, Battalion Targeting Officer, Battalion Maintenance Officer, and Forward Support Company (FSC) Commander at Fort Carson, CO. While deployed to Iraq, he served as FSC Commander, and Brigade Support Battalion Support Operations Transportation Officer. Upon redeployment, LTC Peralta was selected for the Eisenhower Leadership Program at West Point, NY. where he served as an Instructor, the Transportation Corps Branch Representative, and as Special Assistant to the Commandant. Next, he served as the Brigade Logistics Officer in the 3rd US Infantry (The Old Guard), followed by a broadening assignment as an investigator in the Department of the Army Inspector General Agency at he Pentagon before assuming command of the Army Field Support Battalion Bragg at Ft. Bragg, NC. 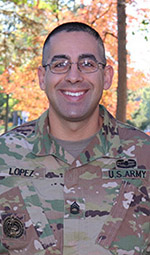 SFC Lopez is a native of Cloudcroft, New Mexico and he enlisted in the Army in August 2001 as a Military Policeman. He attended basic training and advanced individual training at Fort Leonard Wood, Missouri. SFC Lopez holds a Bachelor of Science in Business Management from Columbia Southern University.

SFC Lopez resides in Charlottesville, Virginia and currently serves as a Military Science Instructor and the Operations Sergeant for the University of Virginia Army ROTC department. 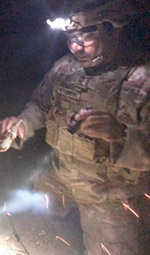 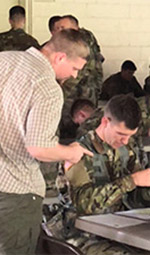 A Pennsylvania native, Mr. Turner commissioned as a Transportation Officer through the Reserve Officer Training Corps (ROTC) program at Slippery Rock University and entered active duty in 2008. He holds a Bachelor of Science Degree in Entrepreneurship from Grove City College and a Master of Arts Degree in Emergency and Disaster Relief Management from American Public University. During his ten years of active duty service, Mr. Turner held a variety of leadership positions in the Army including Mobility Officer, Platoon Leader, Battalion Logistics Officer, Commander, Company Executive Officer, Battle Captain, and Fires Cell Director.

Mr. Turner’s military schools include the Transportation Officer Basic Course, Airborne School, Army Ranger School, Combatives Levels I and II, and the Maneuver Captains’ Career Course. Mr. Turner’s awards and decorations include the Bronze Star Medal, Meritorious Service Medal, and the Joint Service Achievement Medal, among others. He has been awarded the Ranger Tab, Parachutist Badge, and Canadian Parachutist Badge. 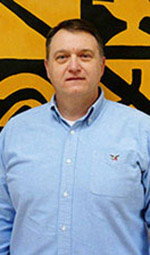 Rickey Alexander serves at Liberty University as a DV Civillian, Human Resources Administrator. He has served in Liberty’s Army ROTC program since 2005. Prior to this, Rickey served as an enlisted soldier and noncommissioned officer for 19 years in the U. S. Army.

Rickey has served in locations throughout the United States, Germany, and the Republic of Korea.

He is a graduate of the Primary Leadership Development Course, the Basic and Advanced NCO courses, the Battle Staff School and a variety of other army schools. Rickey graduated Cumma Sum Laude with a B.S. degree from Liberty University and is certified as a Professional in Human Resources through HRCI. 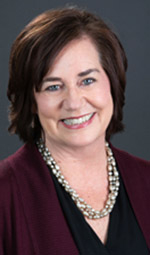 Susan Puanani Kellett-Forsyth made history in 1976 when she became a member of the first class to include women in the United States Military Academy’s 178-year history. She graduated from USMA on 28 May 1980, as one of the 62 women amongst a class of 859 men. As a Commissioned U.S. Army Signal Corps officer, Susan spent years honing her skills as a military leader with assignments in Germany, Fort Bragg, and Campbell University where she served as an Assistant Professor of Military Science.

After attending the elite School of Advanced Military Studies, she served as a planner for the First Infantry Division and was instrumental in developing the first U.S. – Russian Peace Keeping exercise on American soil. In January 1996, she deployed to Bosnia in support of Peace Keeping Operations during Operation Joint Endeavor.

After she retired from military service, she earned her Ph.D. in Organizational Leadership from the University of Oklahoma in 2003 and applied her expertise at the secondary school level in Stuttgart, Germany. She spent six years working with the non-profit group, Americans Working Around the Globe (AWAG), serving as Chairperson for two years. Her passion for AWAG’s mission resulted in her efforts to work with a talented team to train, strengthen, and connect volunteers in military communities in Germany, Italy, the U.K., Belgium, and the Netherlands. As a Department of the Army Civilian, she was a part of the United States Africa Command in Stuttgart Germany where she worked in J5 Plans and J3 Operations.

Susan is on the Board of Directors for the newly established non-profit organization, American War Memorials Overseas. She is married with three children.