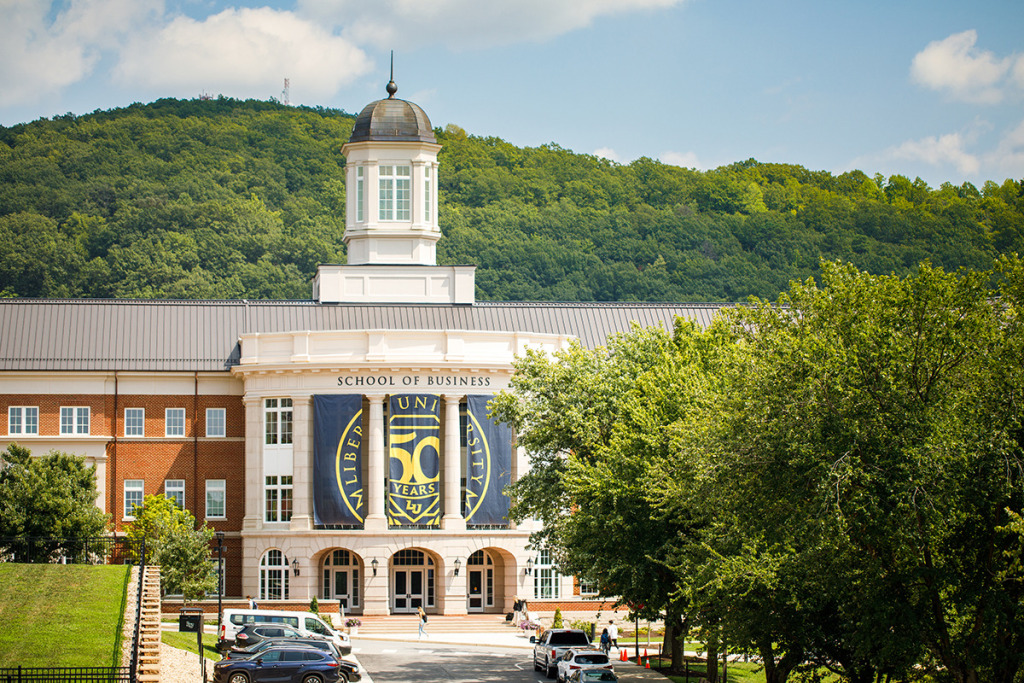 Fifty years ago, 154 enthusiastic students took a leap of faith when they ventured to Lynchburg, Va., to enroll in a new college. There were no dorms, no state-of-the-art academic facilities, and no established athletic programs. Just four full-time faculty members, a preacher, and an audacious vision to change the world for God.

Inspired by Dr. Jerry Falwell’s vision of Training Champions for Christ, this inaugural class became the foundation for what Liberty University is today: a fully accredited, world-class institution boasting 20 NCAA Division I athletic programs, a sprawling campus, and more than 250,000 alumni fulfilling the mission across the globe. At its inception, Liberty offered 25 degree programs. Today, students can choose from more than 700 programs ranging from the certificate to the doctoral level; over 450 programs are offered online.

For five decades, Liberty University has overcome turbulent obstacles, seen drastic growth in academics and athletics, and most importantly, upheld Falwell’s fiery dream of instituting a bold, unapologetic Christian worldview in every aspect of development. The mission remains unchanged — and more alive than ever before.

The university kicked off its golden year celebration at the beginning of the Fall 2021 semester, just as it welcomed a record incoming freshman class. Campus buildings, athletic facilities, light posts, and billboards were adorned with 50th Anniversary banners. A website, Liberty.edu/50, was launched featuring a historical timeline, news and events, and memories from alumni, including videos with FOX News anchor Shannon Bream (’93), former NFL running back Rashad Jennings (’09), and Miss Virginia 2021 Tatum Sheppard (’20). A commemorative book was sold, chronicling the story of Liberty University with photos from throughout the decades (books are still available for purchase online). The Liberty Journal magazine published a special 50th Anniversary issue, and The Champion student newspaper printed a “Year of Jubilee” edition. 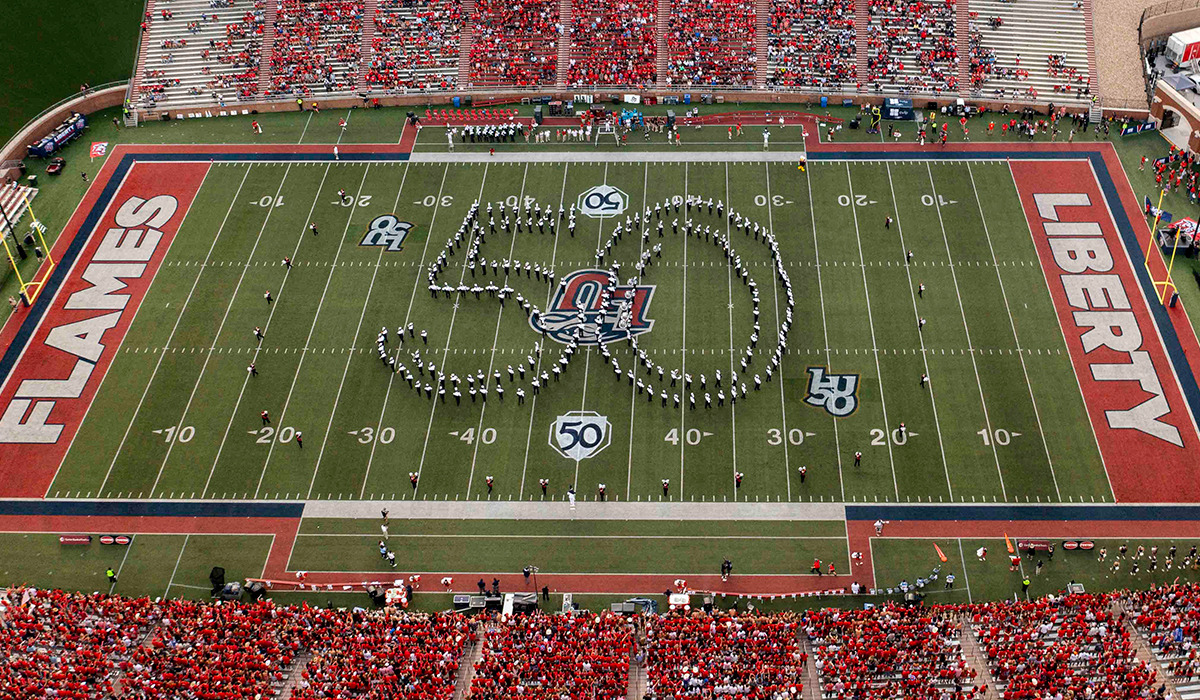 The anniversary was celebrated at many campus events. Following every Flames touchdown, a large “LU 50” flag was carried across Williams Stadium, and marching band members formed a “50” as part of their routines.

At Homecoming in October, the School of Music celebrated by bringing in alumni throughout the decades for a 50th Anniversary concert. Guy Penrod, Mark Lowry, and others joined onstage at the Thomas Road Baptist Church sanctuary. Video messages from other notable alumni, including Toby McKeehan (TobyMac, ’88) and Michael Tait (’89), who formed DC Talk while at Liberty, played throughout the night. 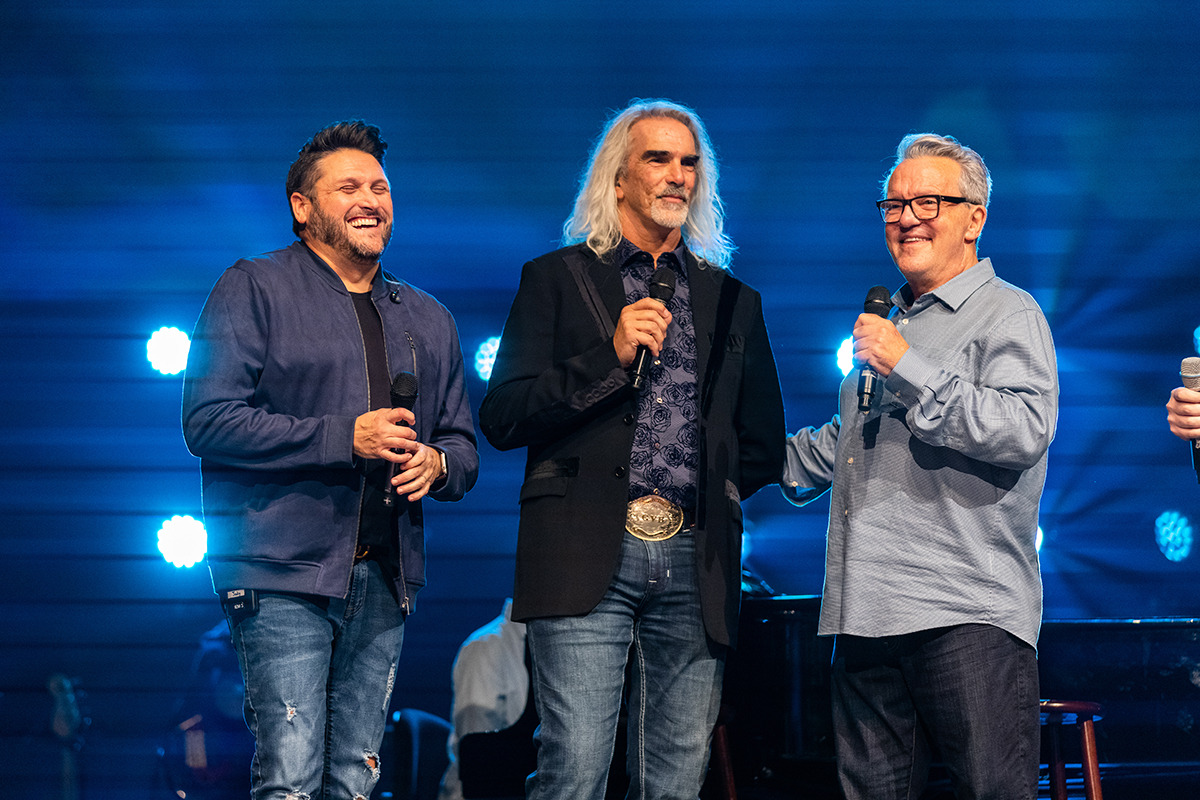 During Homecoming, Liberty announced plans to build the Jerry Falwell Center to honor the founder’s legacy and the university’s commitment to preserve its Christian mission. The center, to be located directly behind the Hancock Welcome Center, will give students and guests an immersive look at the faith, vision, and purpose of the university. The center is projected to open in 2023.

Also during Homecoming, the university opened a self-guided Legacy of Faith Historic Walk. Starting from the Hancock Welcome Center, guests can follow the footprints of Liberty founder Dr. Jerry Falwell on a walking tour to nine stops across campus that mark milestones in Liberty’s history. Now a permanent campus feature marked by footprint engravings made from a pair of Falwell’s own shoes, the tour is open to all guests. In the school’s earliest years, Falwell would walk and pray over the grounds, so the tour serves as a literal walk down memory lane to reflect upon the years of faith and prayer that forged Liberty University.

In April, the entire three-story façade of DeMoss Hall was transformed into a video screen as the college debuted a multimedia presentation. Every night, the booming voice of Liberty’s founder, the late Dr. Jerry Falwell, resounded from speakers as images from throughout the school’s 50-year history were projected onto the building, helping to tell the story of the miracle on Liberty Mountain. (The presentation is ongoing and the creative team is working on updating the show for the fall.)

Commencement, held May 5-7, was a grand finale to the anniversary celebration. Keynote speaker and leadership expert John Maxwell encouraged graduates to embrace failures and understand the real meaning of success. President Jerry Prevo reminded graduates of the rich spiritual heritage they were a part of at Liberty and their role in advancing the mission.

“Some people doubted that a small Christian college built on a farm in these foothills could ever have much impact, but the doubts are gone,” Prevo said. “For five decades, Liberty has been sending graduates out into the world, making an impact for God. Just as Liberty has been sending out Champions for Christ for close to 50 years, today, Class of 2022, Liberty is sending you out to be Champions for Christ. We send you out to stand up for God.” 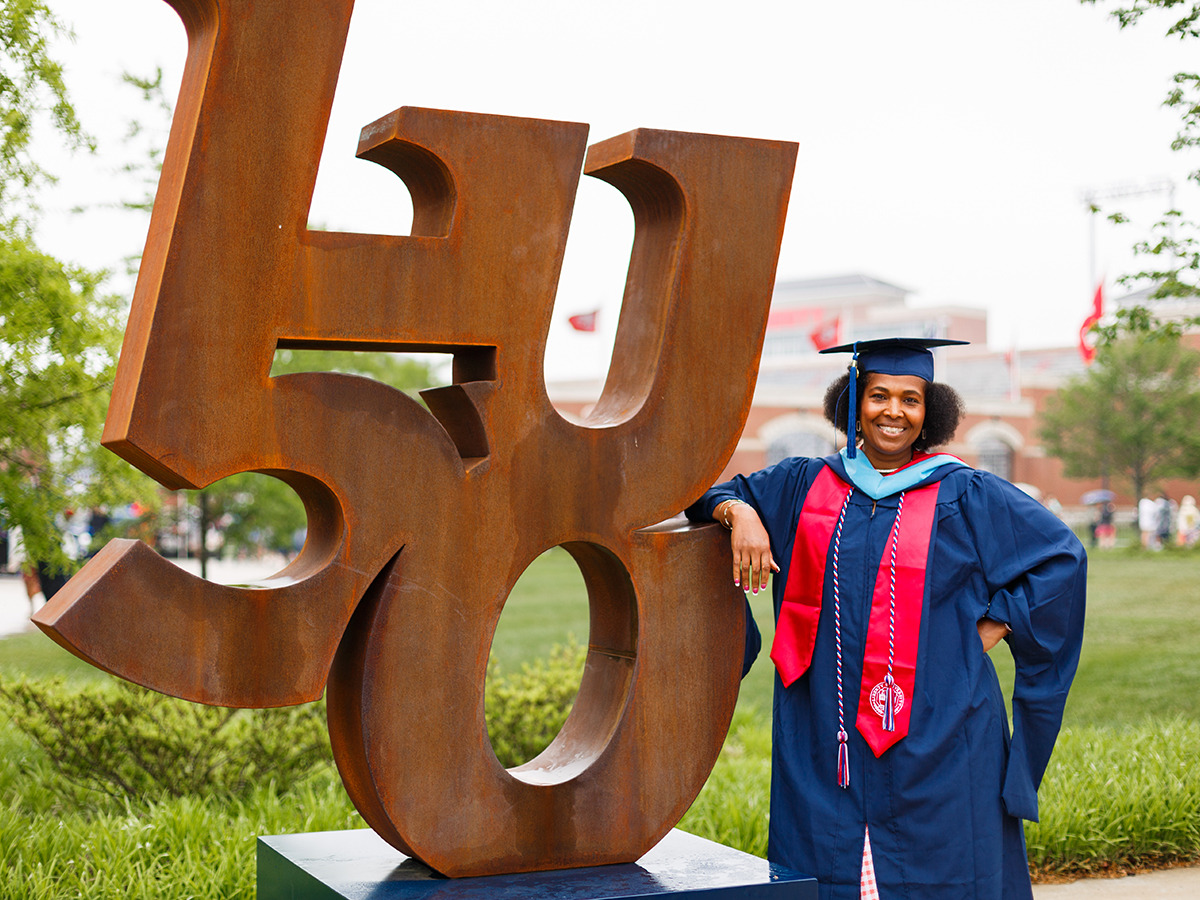 As all the signs and banners are removed, and the anniversary celebration draws to a close,  Liberty University stands poised to impact the world for Christ for another 50 years.

The Board of Trustees has issued this “Vision for the Future,” as printed in the commemorative book:

“For the next 50 years — and every year after that — Liberty will point people back to the mission of Training Champions for Christ. It will be the unspoken message behind every lesson, the driver of every boardroom decision. It will guide this university’s vision in its relentless pursuit of Christ by giving, being, and doing its best for the glory of God.

By Training Champions for Christ, Liberty University will continue to graduate professionals in every walk of life who are passionate about meeting man’s greatest need—salvation through Jesus Christ. And by remaining faithful, future generations of faculty, staff, and students will carry on the mission just as this generation does today and Jerry Falwell Sr. did 50 years ago:

> By turning to the Lord in prayer, for “Nothing of eternal significance is accomplished apart from prayer.”

> By discovering God’s calling and preparing for that calling with excellence.

> By persevering through doubt and despair, good times and bad, through trial and temptation until each student — both now and in the future — become a Christ-centered man or woman with the values, knowledge, and skills essential for impacting the world for Jesus Christ.

Lord willing, 50 years from now, the Liberty University community will stand on this same holy ground and look out across the campus once seen only by faith. We pray they see a world transformed by those who came to this mountain and were eternally transformed by it.”

Relive the celebration and learn more about the history of Liberty University at Liberty.edu/50.