The Flames finished their second season of full FBS bowl eligibility with a 10-1 record, winning the FBC Mortgage Cure Bowl for the second year in a row. Liberty is just the second team (Appalachian State was the first) to win bowl games in each of its first two seasons of bowl eligibility following a transition from the FCS. Liberty snapped Coastal Carolina’s (11-1) 12-game winning streak, which was tied for the longest FBS winning streak in the nation.

“What a year,” Liberty Head Coach Hugh Freeze said. “It is one of the more memorable years that I have had in coaching. I really can’t wait to reflect. Obviously, there were a lot of obstacles that our program had to handle. When you go through difficult times that strain you physically and mentally, and you do it with a group of people together, and you find your way. Whether you have to dig, claw, scratch, fight, battle to get through the other side of that, and you get through the other side of it victorious, it’s what living is all about. It’s memories that we’ve made that certainly will last.” 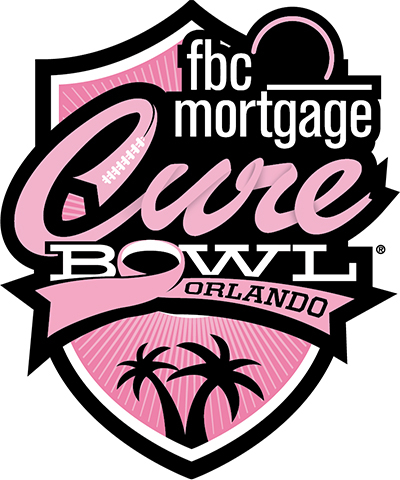 “Malik is a tremendous athlete,” Freeze said. “We don’t win that game without him … without a great trigger guy. That’s who he’s been all year for us.”

Liberty earned its first-ever win over an FBS Top 25 program and knocked Coastal Carolina from the ranks of the unbeaten for the second time ever. The Flames defeated the then 11-0 FCS No. 1-ranked Chanticleers by a 15-14 score on a last-second blocked field goal on Nov. 22, 2014.

“We made plays when we had to and definitely rose to the occasion,” Freeze said. “We had a tremendous year, and what a way to end it. I’m thankful that our kids found a way to win it.”

Liberty is now 8-7 all-time against Coastal Carolina, with four out of the last five meetings being decided by three points or fewer. The Flames are 7-9 in overtime games in program history and 1-2 in overtime versus the Chanticleers.

Coastal Carolina held a slight 483-475 advantage in total yards, outgaining the Flames 318-220 through the air. However, Liberty led 255-165 in rushing yards. The Chanticleers scored six points off of three Liberty turnovers, while the Flames turned their one takeaway into seven points.

For the fourth time this season, Liberty had two 100-yard rushers. Willis rushed for 137 yards on 21 carries, with a Liberty quarterback record four TDs. Willis also went 19-for-29 passing with 220 yards and two interceptions. Joshua Mack ran the ball 14 times for 105 yards. Alex Barbir went 3-for-3 on field goals — including the game-winner from 44 yards out in overtime — and 4-for-4 on PATs. Junior defensive back Javon Scruggs, who had an interception in last year’s Cure Bowl, totaled eight tackles, an interception, and a forced fumble.

With the win, Liberty closes out its most successful season in program history after finishing 10-2 in 2008. Freeze, who improved his record in bowl games to 5-2, posted his third 10-win season after previously leading Arkansas State and Ole Miss to 10-3 marks in 2011 and 2015. The Flames will be in search of their third straight bowl game appearance next season, their third year as a fully bowl-eligible program. 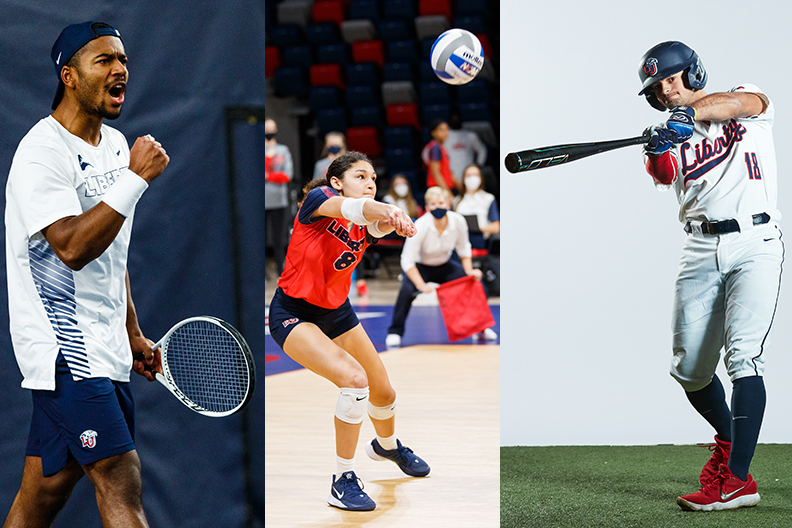 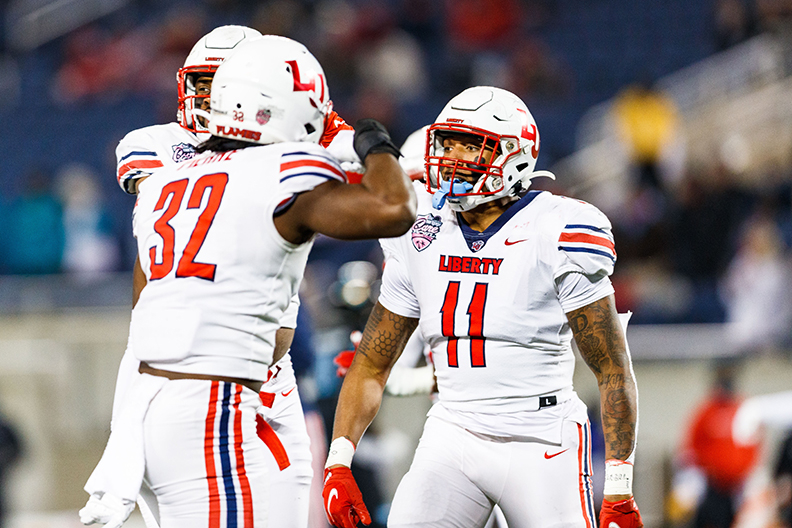