Following their time in Liberty University’s athletics and media atmosphere, alumni in sports broadcasting have developed into notable voices in professional athletics throughout the United States.

Brian Barnhart (’86) was originally a history major, but an early friendship with fellow student Mike Tilley, who worked for the campus radio station WLBU (now 90.9 FM The Light), introduced him to broadcasting.

“Sometimes we did play-by-play into a cassette recorder at Liberty’s women’s or men’s basketball games, and eventually we both got onto the campus radio station,” Barnhart said. “I always tell young broadcasters to get whatever experience they can get because you’re going to start out not totally knowing what you’re doing but you can learn the mechanics through that experience.”

After graduation, Tilley would go on to broadcast Liberty athletics for 30 years and Barnhart would work in the radio booth for the Lynchburg Mets Class A minor league baseball team (now the Lynchburg Hillcats) before moving up the ladder of professional baseball, calling games for the Class A Salem Buccaneers (now Red Sox) for a year, the AAA Oklahoma City 89ers (now Dodgers) for eight years, and the Anaheim Angels (now Los Angeles Angels) from 1998-99.

At the turn of the millennium, Barnhart returned to his home state of Illinois, to be the voice of his childhood favorite University of Illinois, where he has spent the last 20 years calling football and men’s basketball games. He has covered the men’s basketball team’s 2005 NCAA Tournament Final Four run, as well as the football team’s 2008 road upset of No. 1 Ohio State and Rose Bowl appearance against University of Southern California later that season.

“Doing play-by-play for the sports at a Power Five university is an honor, but the fact that I grew up here makes it more than just another job, it’s more personal,” Barnhart said.

Another Liberty radio alumnus, Bob Sturm (’94), originally set out to study print media but shifted to radio after realizing that his creative style would fit better in a medium not restricted by a word count.

“It felt more creative to do radio and to have several hours to talk, have conversations, and exchange ideas and opinions,” Sturm said. “When you’re talking, you can go in a million directions as long as you hold people’s attention. It allows you to paint a picture instead of reading a recipe.”

In his sophomore year, Sturm was presented with an eye-opening opportunity. Jerry Edwards, a longtime Liberty play-by-play announcer who was known as the original “Voice of Flames,” visited his journalism class and said he was looking for a student to join him for road games.

“That appealed to me because you travel with the teams and get to broadcast back to campus, and that struck a chord deep inside me,” Sturm said.

Following a successful tryout, Sturm joined Edwards on the road for three seasons of football and basketball. Sturm also contributed to the Liberty Champion student newspaper, 90.9 FM, and the Liberty Flames Sports Network.

Sturm was hired four days before graduation by Lynchburg’s news and information radio station WNLI, where his daily one-hour sports talk show expanded to three hours and ran from May 1994 to June 1998. Then he received a call from SportsRadio 1310 (The Ticket) in Dallas, where he would spend the next 22 years featuring professional sports teams in the Dallas area — from the Cowboys to the Mavericks, the Texas Rangers, and the NHL’s Dallas Stars.

“The thing I enjoy the most is that I get to spend all day in the sports world. It’s games, teams, athletes, heroes and villains, and everything we love,” Sturm said. “My goal as a kid was to find a way to not work for a living, work hard but do something that doesn’t feel like work … and I’m very lucky to be able to talk about football, baseball, basketball, and hockey and whatever I care about that day.”

He pointed out the unique fact that he and Mavericks’ icon Dirk Nowitski started their careers in Dallas during the same month (Nowitski retired last year), and that at the time the Cowboys still had Troy Aikman, Michael Irvin, and Emmitt Smith on their roster.

Sturm, who also writes for The Athletic, has aided in research and preparation for Aikman’s television broadcasts of the NFL on FOX with Joe Buck.

“Troy does 27 or so games a year and for each one of them, I try to make sure we know everything about the matchup and about the two teams. Many of the storylines that you might watch on the broadcast could have, on some level, started on my laptop,” Sturm said. “I’m extremely flattered that I was pitched the job and hired by Troy, and it’s an honor to work for him.”

Tim Scarborough (’91), who played four years of basketball for Liberty, has been able to use his experience as a former Division 1 athlete and coach to become a color analyst.

After graduation, he served as an assistant coach for the team, and that’s when he had his first taste of broadcasting. Edwards allowed him to join the booth for Liberty’s women’s home games. A few years later, after moving to Northern Virginia, Scarborough took unpaid work as an analyst for high school football and basketball games.

“Even though I was just volunteering my time, I got to do things on-camera, sit in a play-by-play seat, do sideline reporting and color analysis,” Scarborough said. “It gave me versatility and experience, and soon I was able to parlay that into real jobs.”

He now is the lead game analyst for college basketball games on Stadium TV (Sinclair) and for ESPN’s coverage of The Basketball Tournament (TBT), a single-elimination tournament played each summer in the U.S. Being a broadcaster, he explained, allows him to enjoy being around the players and coaches and share his love for the game of basketball.

Despite the COVID-19 pandemic, Scarborough was able to cover four games at this year’s TBT. While the games occurred in Columbus, Ohio, Scarborough and the other broadcasters — including Seth Greenberg, Fran Fraschilla, and Dan Dakich — worked remotely from Indianapolis.

“I was on the first telecast post-shutdown of team sports in America, and that broadcast was shown in 197 countries,” he said. “It was a little heavy to think, ‘There’s going to be tens of millions of people from around the world who could be watching these games, so don’t mess up.’ Once the red light comes on, though, it’s really just you and the camera and talking about basketball.”

Sturm said the pandemic has certainly affected the way he and his co-host conduct their show since there are no active sports to discuss, but they have found ways to adjust to the situation.

“For 20 hours a week we talk about sports and there haven’t been games in four months,” Sturm said. “We’ve gone back and looked at old games, watched sports documentaries, and done our sports-centered content in a different way than usual. It’s been pretty goofy, but we’ve gotten used to it.”

For Barnhart, the voice of Illini men’s basketball, it was sad to see the Illini miss out this year on a promising run in the NCAA Tournament. He said the current outlook of sports during the pandemic is unprecedented.

“Not being able to get into the NCAA tournament was obviously disappointing from a broadcaster’s standpoint because you get to know the team really up close and to see it taken away from them is tough,” he said. “Even through ups and downs in the economy you always kind of figure that, as a play-by-play announcer, there will always be sports, and now it turns out that it may not be the case.” 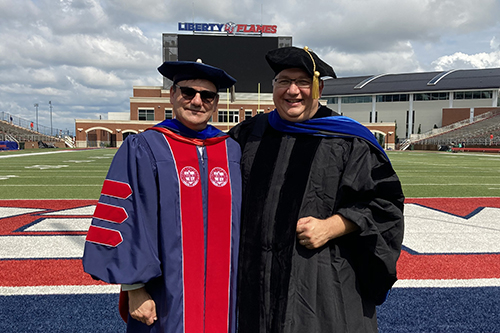 Ph.D. graduate who grew up in communist Cuba holds his own graduation ceremony, thanking God for His provision 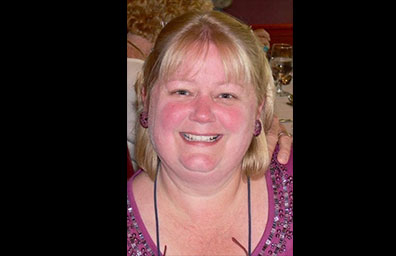