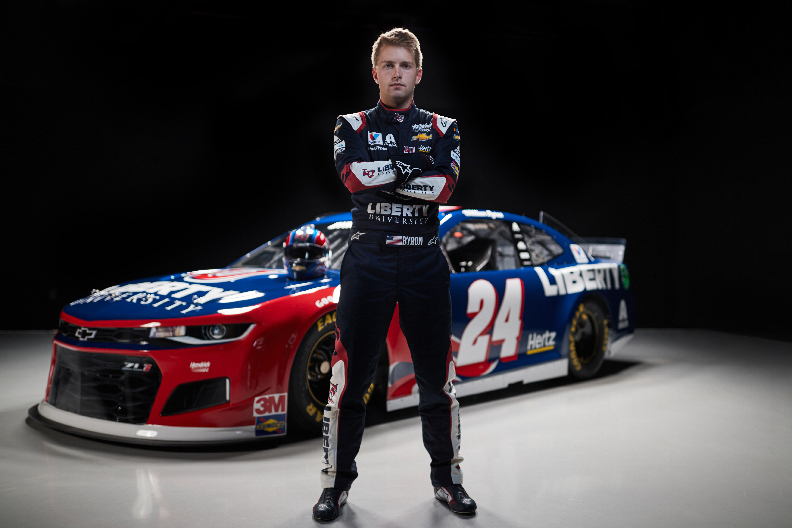 Compared with his rollercoaster of a rookie year in the NASCAR Cup Series last year, William Byron, a junior business communications student at Liberty University, enjoyed a relatively smooth ride in his sophomore season with the No. 24 Chevrolet Camaro ZL1 team.

Byron, one of only two drivers to earn Rookie of the Year honors in the top three levels of NASCAR — Gander Outdoor Truck Series in 2016, Xfinity Series in 2017 (when he won the series championship), and Cup Series in 2018 — followed that run of success with an exceptional 2019 campaign.

Five pole positions and five top-five finishes highlighted Byron’s second year of racing at the highest level of NASCAR and his first working with seven-time series champion Chad Knaus as his crew chief. Byron led a total of 233 laps to secure his first playoff qualification and landed in 11th place in the final point standings, just one point behind Hendrick Motorsports teammate Chase Elliott. In all, Byron had 13 top-10 finishes in 38 race starts. 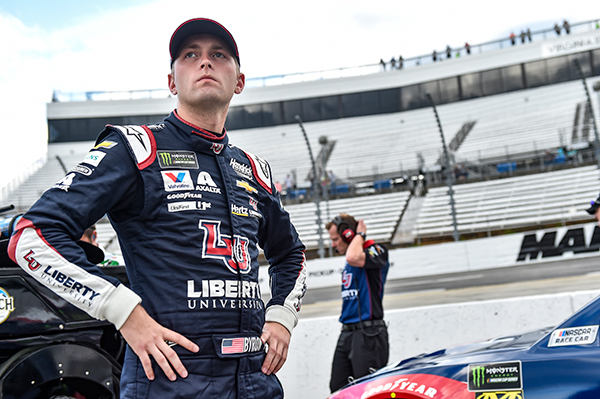 “My second year in the NASCAR Cup Series was definitely one filled with improvements in every way possible,” Byron said. “It was nice to be able to get my first Cup Series pole, my first stage win, and my first top-five finish. To be able to progress like we did with such a new and young team … shows what is in store for the No. 24 team moving forward.”

Byron clinched his first playoff appearance Sept. 8 at Indianapolis Motor Speedway,  and advanced to the Round of 12 with a sixth-place showing at his home track, Charlotte (N.C.) Motor Speedway on Sept. 29. Out of the 16 playoff qualifiers, Byron was the only newcomer to the field.

Even after being eliminated from playoff contention before the Round of 8, Byron tied his Cup Series career-best finish with a runner-up finish on Oct. 27 at Martinsville (Va.) Speedway, where he had watched his first NASCAR Cup Series race with his father in 2006. 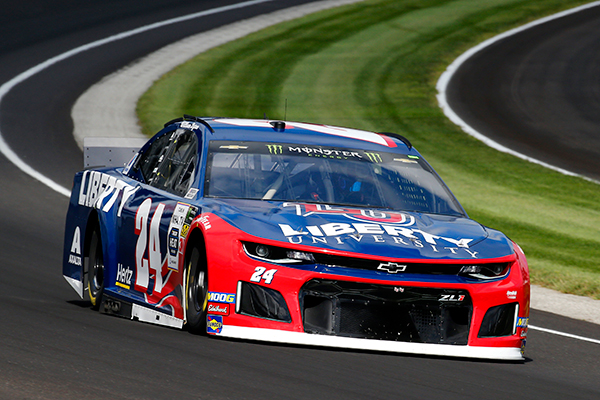 “It’s really fun when you start to get super close to a win because, in the other series that I ran, once I started to inch up on it and really get close to breaking through, it was a different feeling,” Byron told Game On anchor Matt Warner in an interview aired on the university’s weekly TV sports program. “You start to think about the situations at the end of the race … and it kind of takes your mind to a different place. I feel like we’re getting into those situations and, going through the week, (I’m) thinking about, ‘Hey, what can I do differently to get one spot better, or to compete for the win?’”

Liberty announced in September that it had extended its sponsorship of Byron and his No. 24 Chevrolet Camaro ZL1 team for 12 Cup Series races annually in 2020 and 2021.

“We’ll take the offseason to keep building on the momentum we have had going over the last few months and be ready to come out even stronger in 2020,” Byron said.

He has just over two-and-a-half months to prepare for the season-opening Clash at Daytona on Feb. 9, the first race of the year with Liberty as his primary sponsor. Before then, he is looking forward to spending quality time with his family and friends over the holidays and getting a jump-start on his spring course load through Liberty’s online program.

“It’s nice to be able to unwind some and focus on new things before refocusing on racing for the 2020 Cup season,” said Byron, who will turn 22 on Nov. 29. “I’m excited to spend more time with family and friends, possibly get in some snowboarding, too. I’ll start new classes with Liberty in January, so it’ll be nice to be able to have more time to spend on schoolwork as well. Liberty’s online program makes it pretty seamless for me to race while I get my schoolwork done, but I’m glad to be able to turn my attention to my studies before the next season gears on up again.” 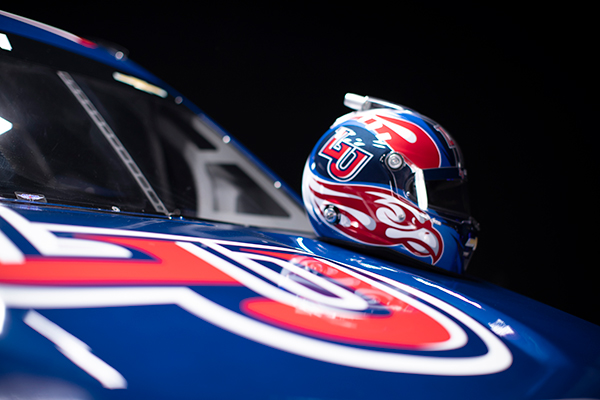 He said studying at Liberty — both as a residential student his freshman year in Fall 2016 and online ever since — has accelerated his growth on and off the racetrack while keeping him focused on career advancement and long-term goals.

“It’s definitely important for me to continue my studies even though I’m racing,” Byron said. “Working on my business communications degree helps me understand aspects of my current career better than I did when I initially started. I can understand the business side of my job, and it helps me to continue to further myself in the racing industry on multiple levels. Racing is my life, (but) I want to be a successful and well-rounded person. Having a degree will allow me to not be boxed in but be able to pursue other options later on in life.”