Students were taken through the tale of a high-stakes manhunt in Iraq to capture deposed dictator Saddam Hussein during Liberty University’s Convocation on Monday morning.U.S. Army Staff Sergeant Eric Maddox, an interrogation expert, business consultant, and the author of  “Mission: Black List #1,” recounted his time as an interrogator with the Joint Special Operations Command (JSOC) during the Iraq War. Hussein was the No. 1 target sighted by U.S. forces at the time. The brutal dictator ruled as Iraq’s president from 1979 until the U.S. overthrew his regime in 2003.

In Iraq, Maddox quickly learned that all of his training had not prepared him for 21st century warfare.

“The prisoners weren’t opening up,” Maddox said. “I told myself, ‘If I am going to get these prisoners to open up, I’ve got to find a way to connect with them, to communicate with them.’”

So, he adapted. He spent more time just talking with them and identifying their fears and needs. He discussed ways he could help them if they provided him with information. Three months and 200 interrogations later, Maddox had connected more than 2,000 names to the man at the top of Hussein’s inner circle — Mohammed Ibrahim.

When Maddox was finally able to confront Ibrahim, he was facing a ticking clock; he only had two hours to interrogate Ibrahim before Maddox was going to be pulled from his position, out of Iraq. (Watch the full Convocation above for Maddox’s dramatic retelling of the story).

“All I did was talk to him,” Maddox said. “I did it minus any of my biases, or my needs, or my prejudices, or anything. I just listened to this man, and I told myself, ‘You solve his problems, and he will solve yours.’”

Ibrahim did not break in front of Maddox. But just as Maddox was about to leave the country, he was called back. Ibrahim gave up Hussein’s location.

Maddox reiterated the importance of learning how to relate to people in life’s missions.

“We got him (Saddam),” Maddox said. “We got him from the one man he trusted to never, ever, give up his location. I did not lay a finger on the guy … I knew the only way to connect with someone is you have got to listen to them. Whether they are your enemy, your friend, your best friend, or your parent — the only way to connect with anyone is to listen to them.”

After telling his story, Maddox expressed his appreciation to Liberty for inviting him. He shared how Jesus transformed his life years after Hussein’s capture and told students to be grateful if they have received that same joy and peace in their lives now. He encouraged them to share their faith, reminding them that they “may be the only Jesus Christ anyone else ever sees.”

He also told the crowd to appreciate the veterans in their lives.

“We have a lot to be proud of,” he said. “They are awesome. Not just because they took the challenge, but they made it through.”

Maddox will share the story of Hussein’s capture again at 3:30 p.m. in the Liberty University School of Law Supreme Courtroom. He will also talk about innovation and creativity on the battlefield to encourage those interested in careers in government, intelligence, or national security. 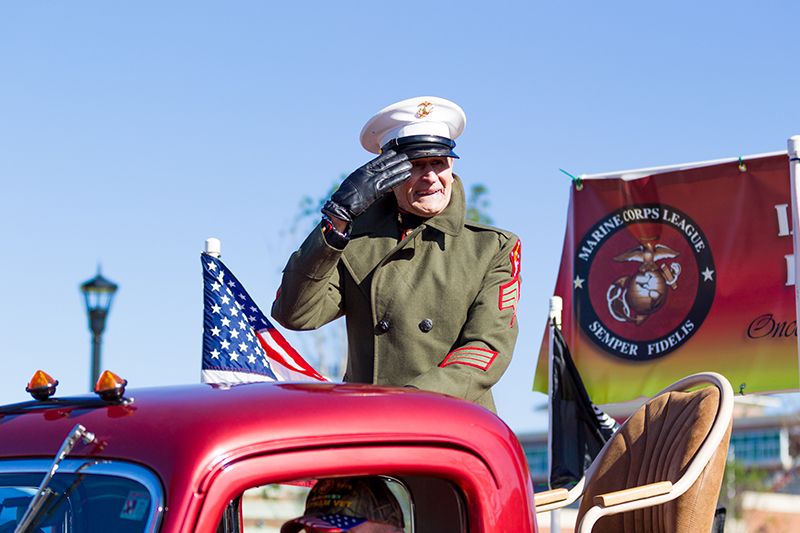 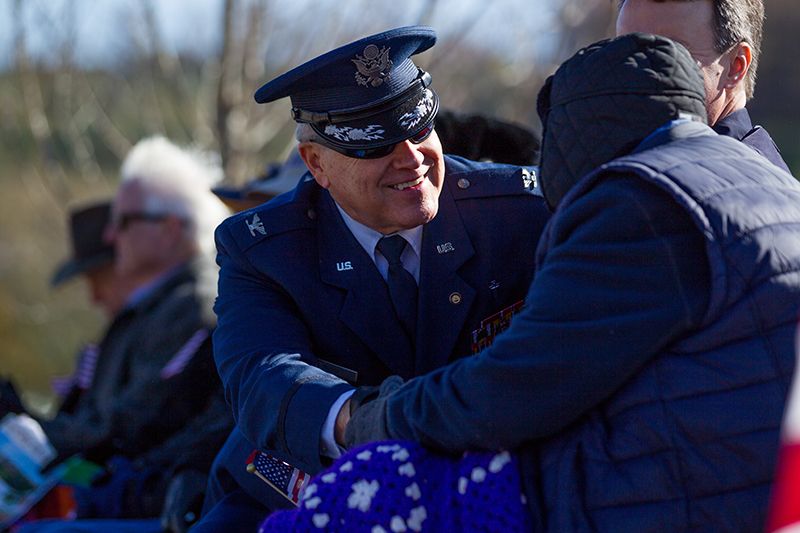 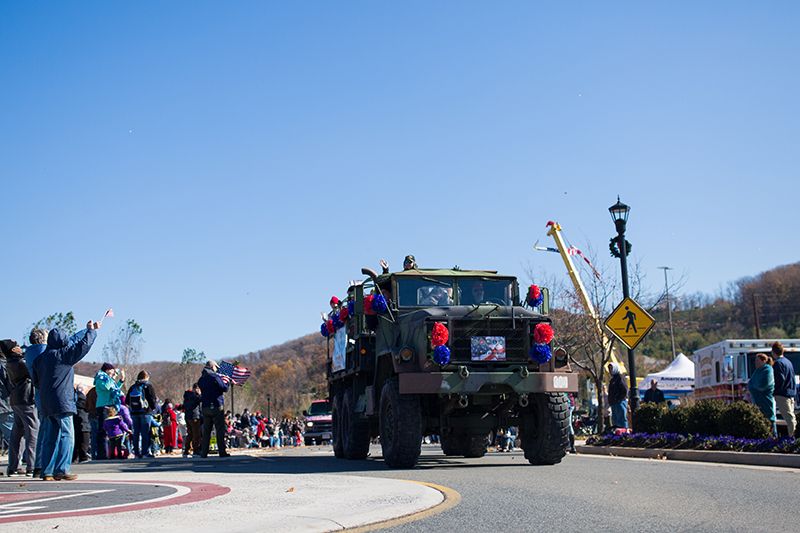 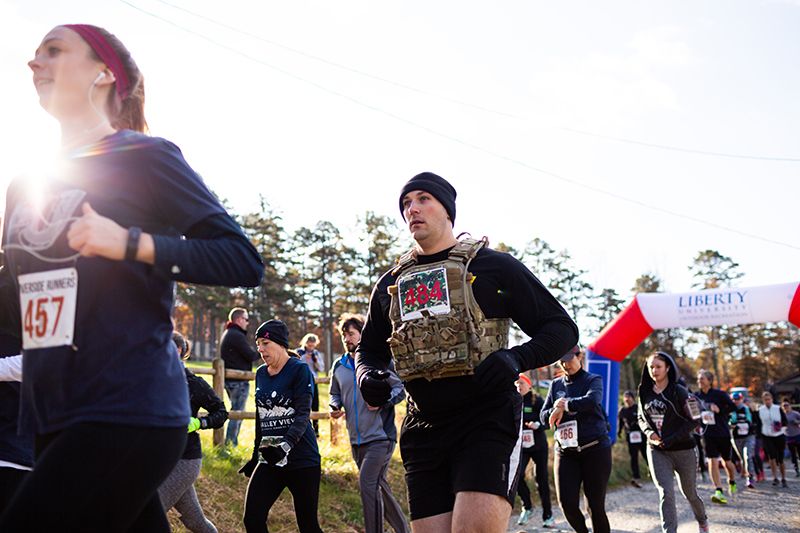 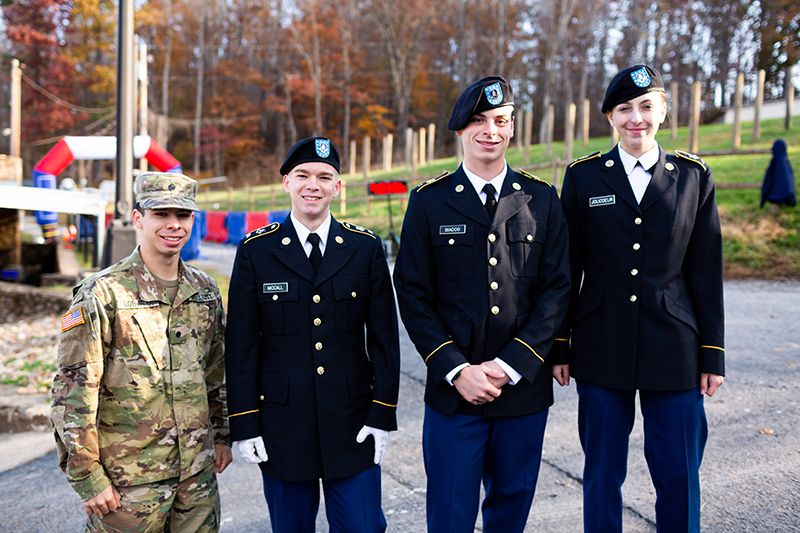 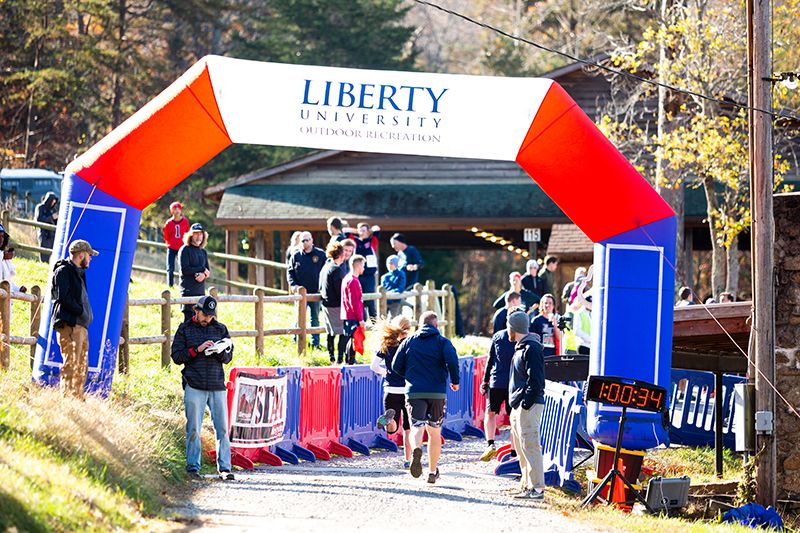 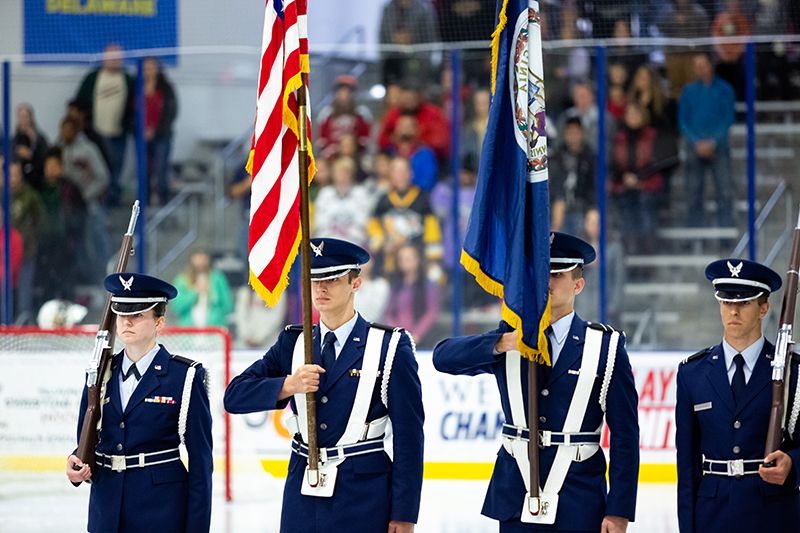 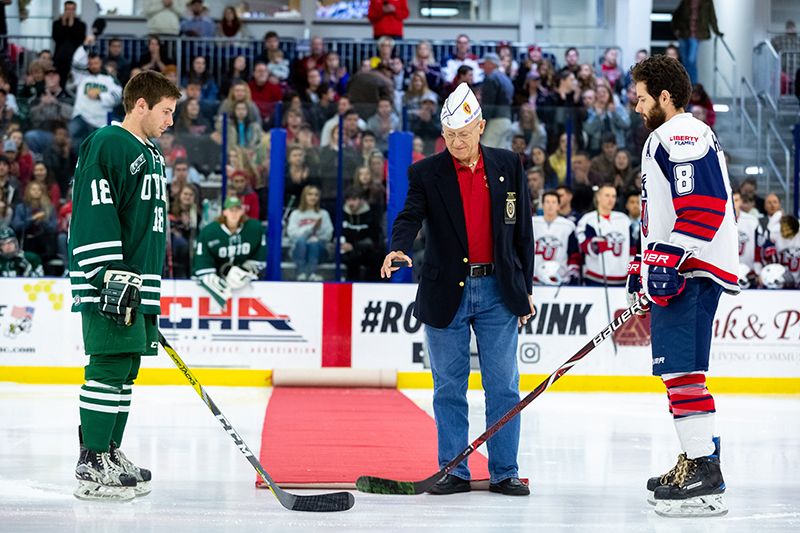 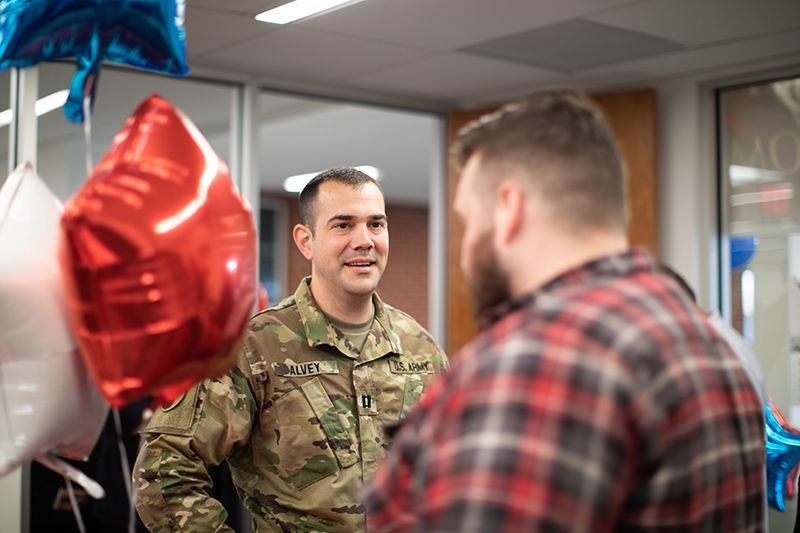 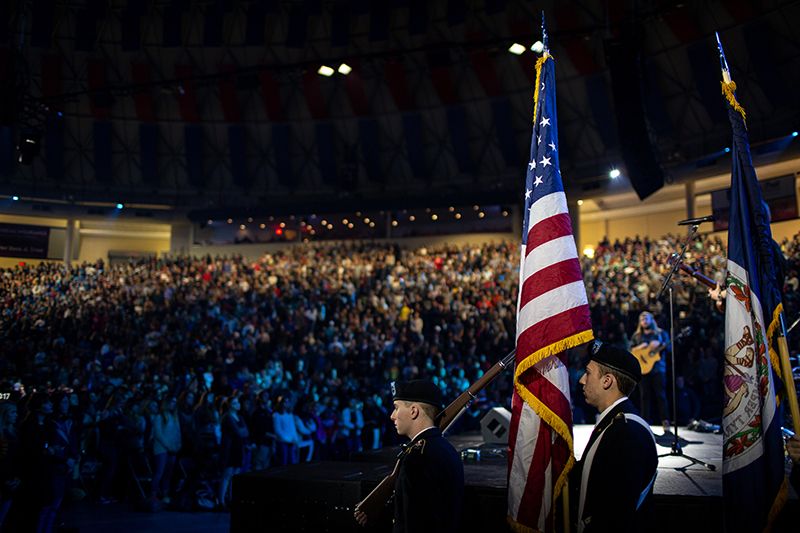 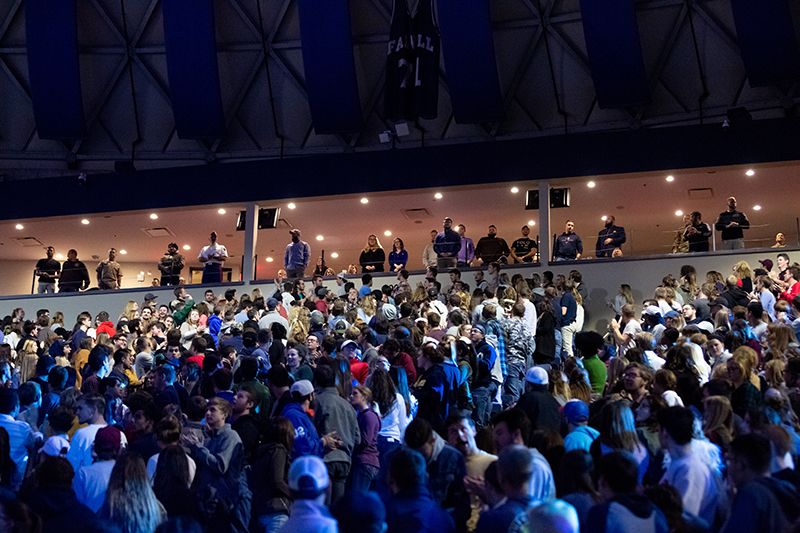 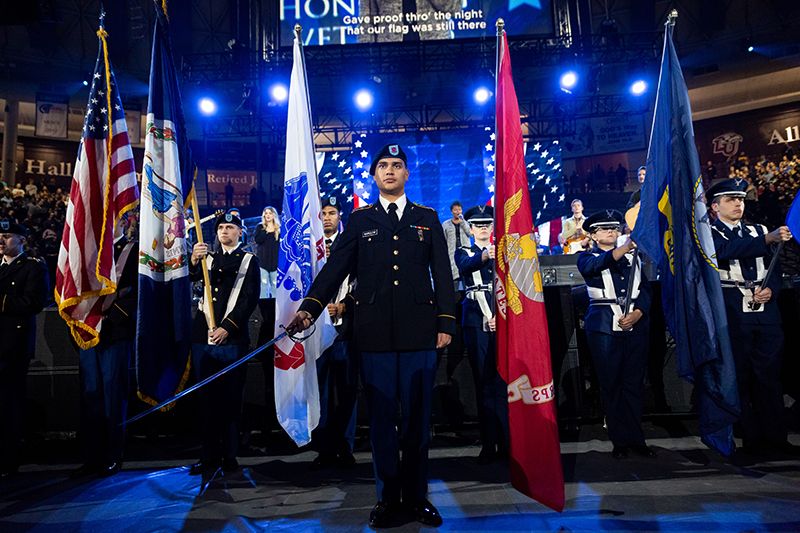 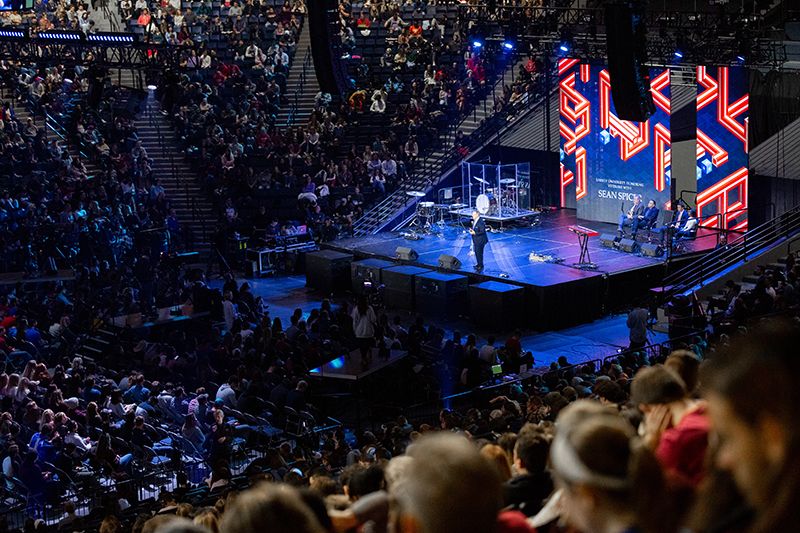 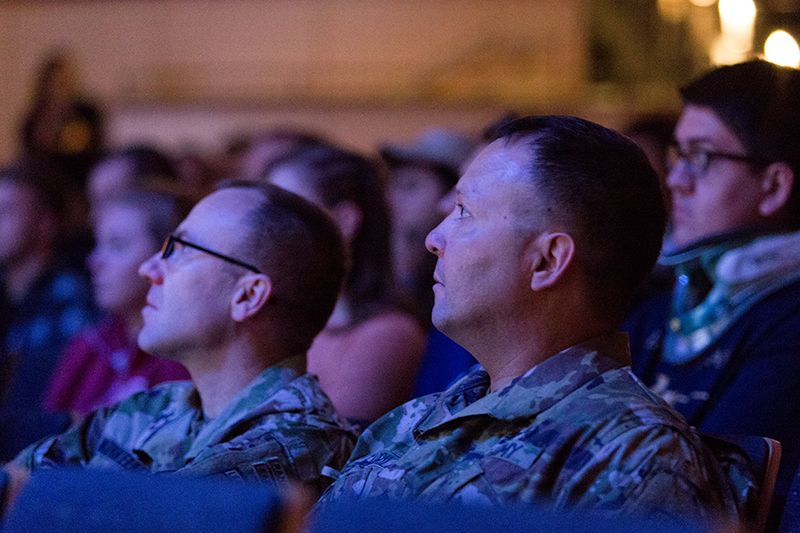 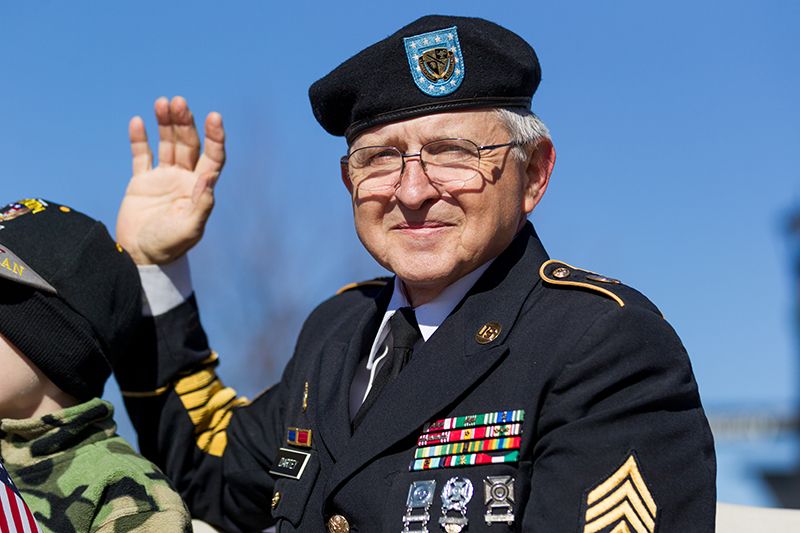 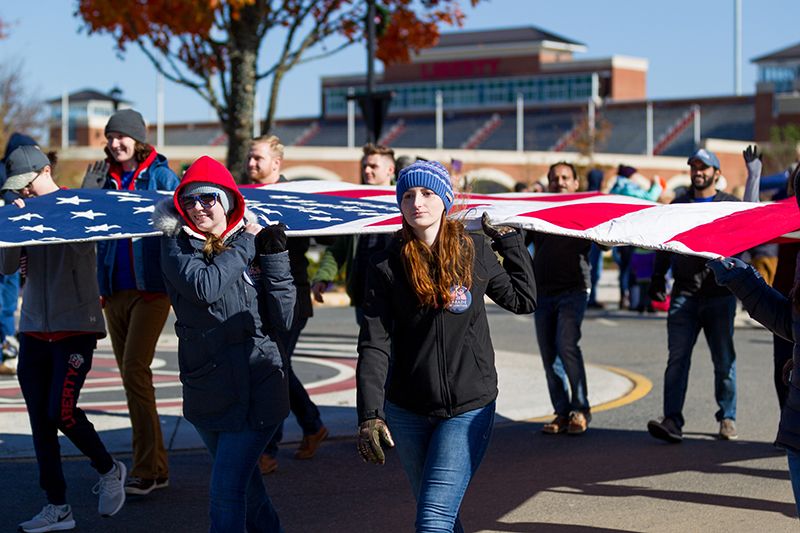