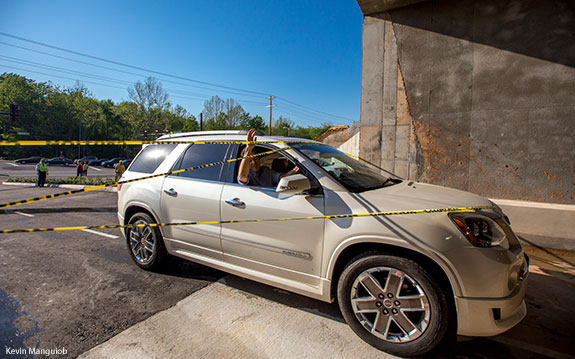 On Thursday, May 8, at 6 p.m. Liberty University opened its new vehicular tunnel on Wards Road and closed the at-grade railroad crossing near Sonic indefinitely.

Drivers using the tunnel should also take note of the traffic pattern changes to Regents Parkway, the university’s perimeter road, as they exit the tunnel onto campus. Traffic coming to and from Wards Road now has the right of way and permanent stops signs are in place on Regents Parkway in both directions at the intersection, which serves as a main entrance to campus.

In addition to the tunnel, Liberty has made many upgrades to its road system to improve safety and accessibility on campus. Sidewalks are currently being installed along the perimeter road and a 1,400-space parking garage is under construction and set to open in August.

The changes are necessary as Liberty continues its $500 million campus rebuilding, which includes new residence halls, academic facilities, and major upgrades to existing facilities, and as it prepares for 16,000 residential students by 2020.

Throughout construction, measures have been taken to ensure the safety of those on campus. In 2011, a pedestrian bridge opened over Wards Road, one of the busiest corridors in the city. The bridge was a joint venture between Liberty and the city of Lynchburg. It crosses near Walmart and provides access to other stores and restaurants frequently visited by students. The university also built a pedestrian tunnel under the railroad tracks on campus to give resident students easy access to the bridge.

The pedestrian tunnel and bridge have proven extremely effective in diverting foot traffic away from a dangerous railroad crossing and across Wards Road, especially during rush hour. Recent reports show that in the last 10 months, the Wards Road pedestrian tunnel was used more than 153,000 times and the bridge was used nearly 9,500 times. This means that, on average, about 140 railroad crossings and 90 Wards Road crossings per hour were eliminated during evening rush hours. 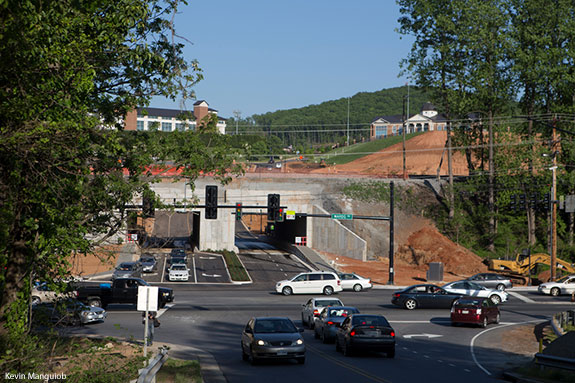