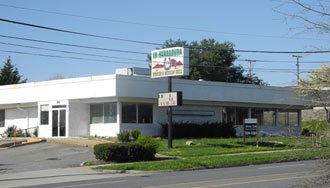 Liberty University is now the owner of the former La Herradura restaurant located at 5515 Fort Ave. in Lynchburg, Va. The 4,812 square-foot building was a donation from longtime supporter and Board of Trustees member Sherwin Cook.

The building was owned by Shoney’s when Cook purchased it in 2001.

Liberty currently does not have an intended use for the building.

Chancellor and President Jerry Falwell, Jr. said Liberty is grateful for the gift.

“Only eternity will reveal how many lives have been positively impacted for Christ by the Cook family's support for and generosity to Liberty University and Christian education in general,” he said. “We deeply appreciate Sherwin Cook and his wonderful family.”

A resident of Lynchburg since the late 1960s, Cook has had a successful career in the restaurant business (he started the Arby’s and Burger King restaurants in this area). Cook and his late wife Lora were friends of Liberty founder Dr. Jerry Falwell, Sr. and desired to share in fulfilling his vision for Liberty to grow into the world’s largest Christian university.

An avid tennis player, Cook’s most recent gifts to Liberty include the Cook Tennis Center, a 2,500-square-foot operations center that is home to Liberty’s men's and women's tennis programs, and the Sports Racket, an indoor tennis and racquetball facility in Lynchburg.

Cook has also been a Liberty recruiter of sorts – in his own family. Four of his grandchildren have attended Liberty and a great-granddaughter is planning to attend this fall.