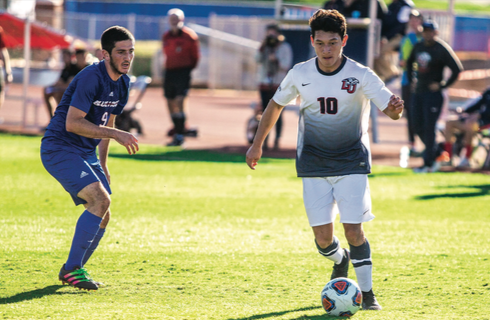 Liberty expected this to be a tough game because of the strong Blue Hose defense.

“We knew they were going to be very defensive and try to get everyone behind the ball and rely on their long throw, which they ended up scoring the winning goal,” Coach Jeff Alder said.

Liberty defeated Presbyterian 2-0 in the regular season, but sophomore centerback Nico Bellarde remembered they were not an easy team. 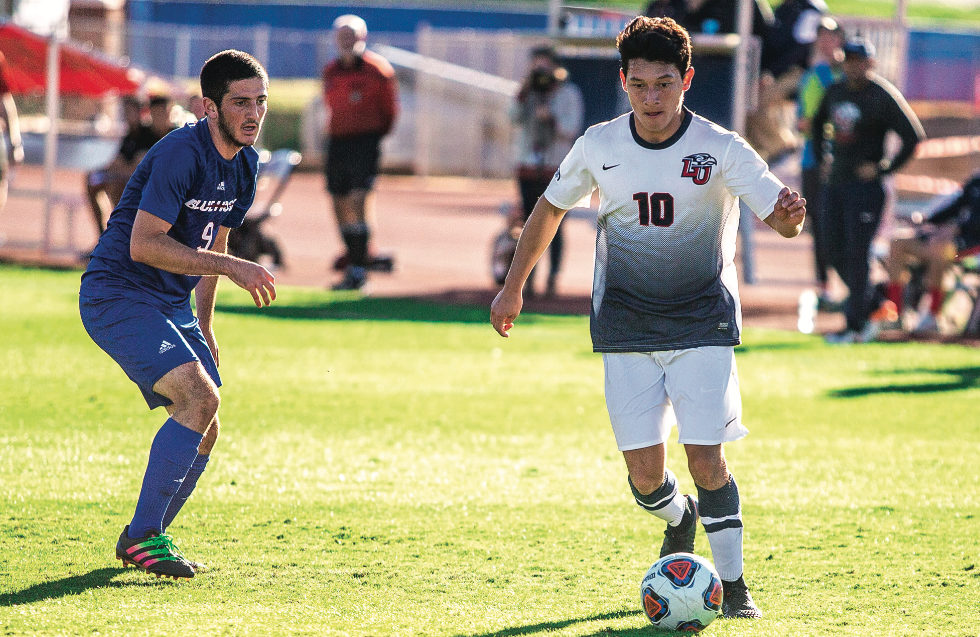 “We thought to ourselves to not underestimate this team because they are dangerous,” Bellarde said. “They know how to defend well and they are known for their work ethic, so they just came out on top this time.”

“We felt if we could get an early goal to get on top of the game we could try and draw them out and get the second goal,” Alder said.

“I think we did just enough to stay in the game in the first half, and then we didn’t put away some chances we could’ve up top, which led to them pressuring us more toward the end and the game getting more hectic,” Bellarde said.

The first goal was scored by Liberty junior substitute Jovanni Chavez with assistance from sophomore forward Tresor Mbuyu and junior midfielder Pepe Segarra. It was crossed from the left side to the far right and then tipped into the goal at the 48th minute.

The goal initiated a surge in the Flames play into the second half.

Presbyterian tied the game at the 65th minute after forward Sergio Pinto shot from 35 yards out. He was assisted by midfielder Cade Crow.

“We had a couple chances we should’ve finished when it was 1-0, and we didn’t, and unfortunately that let them hang around and they took two good chances,” Alder said.

The Blue Hose took the lead at the 79th minute when defender Bruce Olivier scored with assistance from forward Mason Lewis. The ball was thrown into the box and deflected off Olivier.

“We got on top and didn’t put the game away, and they ended up hitting a miracle free kick,” Alder said. “It came down to the throw in, and our keeper ended up getting bumped and fell in the goal, and they ended up scoring, and it was disappointing.”

Liberty took six shots in the second half and Behrend saved two. The other four shots were stopped by Presbyterian’s defense. The Blue Hose took three shots, two were successful and the other was stopped by
Liberty’s defense.

Regardless of what the Flames did on offense, the Blue Hose defense was hard to overcome.

“We play well with the ball on the ground  (and) we pass well with each other in the midfield,” Bellarde said. “They were more of a team that liked to kick the ball forward and find their striker, and they defended with pretty much their entire team, so it was a little difficult to penetrate their defense.”

Despite the loss, Alder said he has seen the team grow as a whole this season.

“Overall, I’m proud of the guys,” Alder said. “It’s a great group of men. They love each other. They look to serve God and others through soccer.”

Deutsch is a sports reporter.