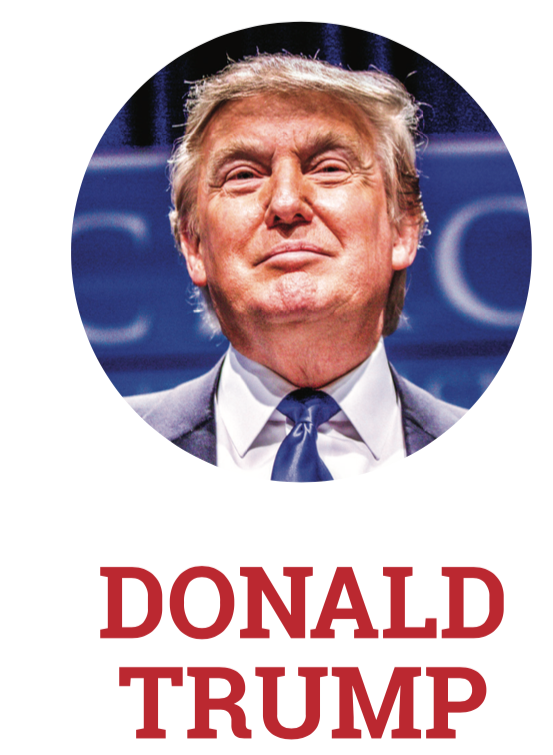 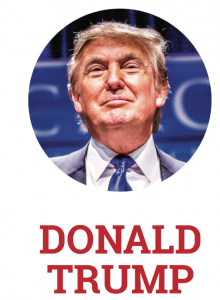 Donald Trump, 70, announced his campaign for president June 16, 2015 at Trump Tower, presenting a picture of an America “in serious trouble” that “(doesn’t) have victories anymore.”

Born in Queens, New York, Trump graduated with a degree in economics from the Wharton School of Business at the University of Pennsylvania before beginning his career in real estate.

He claims to have started with a $1 million loan from his father, Fred Trump, who also worked in real estate, though the exact amount of the loan has been the center of controversy.

He succeeded in developing his organization, making a name for himself along the way.

While at first he focused on the Manhattan area, Trump soon expanded to places such as Florida, Las Vegas and overseas locations while also entering the casino industry.

Trump further remained in the spotlight by starring in “The Apprentice,” a reality television show on NBC that began in 2004.

The popular show ran for 14 seasons and featured contestants who worked to earn a position at one of Trump’s companies.

At times, more attention has been paid to Trump’s controversial remarks and strong rhetoric than his policies, but as the Republican nominee, he generally holds conservative views on issues.

One of the most contentious issues in the election has been the candidates’ selections of Supreme Court justices.

“The replacement of Justice (Antonin) Scalia will be a person of similar views and principles who will uphold and defend the Constitution of the United States,” Trump states on his campaign website, donaldjtrump.com.

Trump supports the Second Amendment and defends the rights of gun owners, receiving the endorsement of the National Rifle Association.

He is pro-life, in support of school choice, and wants to “rebuild our depleted military,” according to his website.

Trump hopes to gain peace through a strong military and also end the U.S.’s involvement in implementing regime change.

The Syrian refugee crisis, as well as immigration from the southern border, has placed high emphasis on the issue of border security.

Trump has championed building a wall along the border that Mexico will pay for, ending sanctuary cities, and prioritizing American workers and their jobs.

Trump plans to stimulate the economy through reducing taxes, especially for the middle class.

By lowering the tax rate on businesses from 35 percent to 15 percent, he hopes to keep jobs from being shipped overseas.

Though the rich will “pay their fair share,” according to his website, their tax rate would not “destroy jobs or undermine our ability to compete.”

Trump scored the most votes ever in a GOP primary, and he hopes to carry that success into the general election Nov. 8.

Jacob CLARKE is the managing editor.