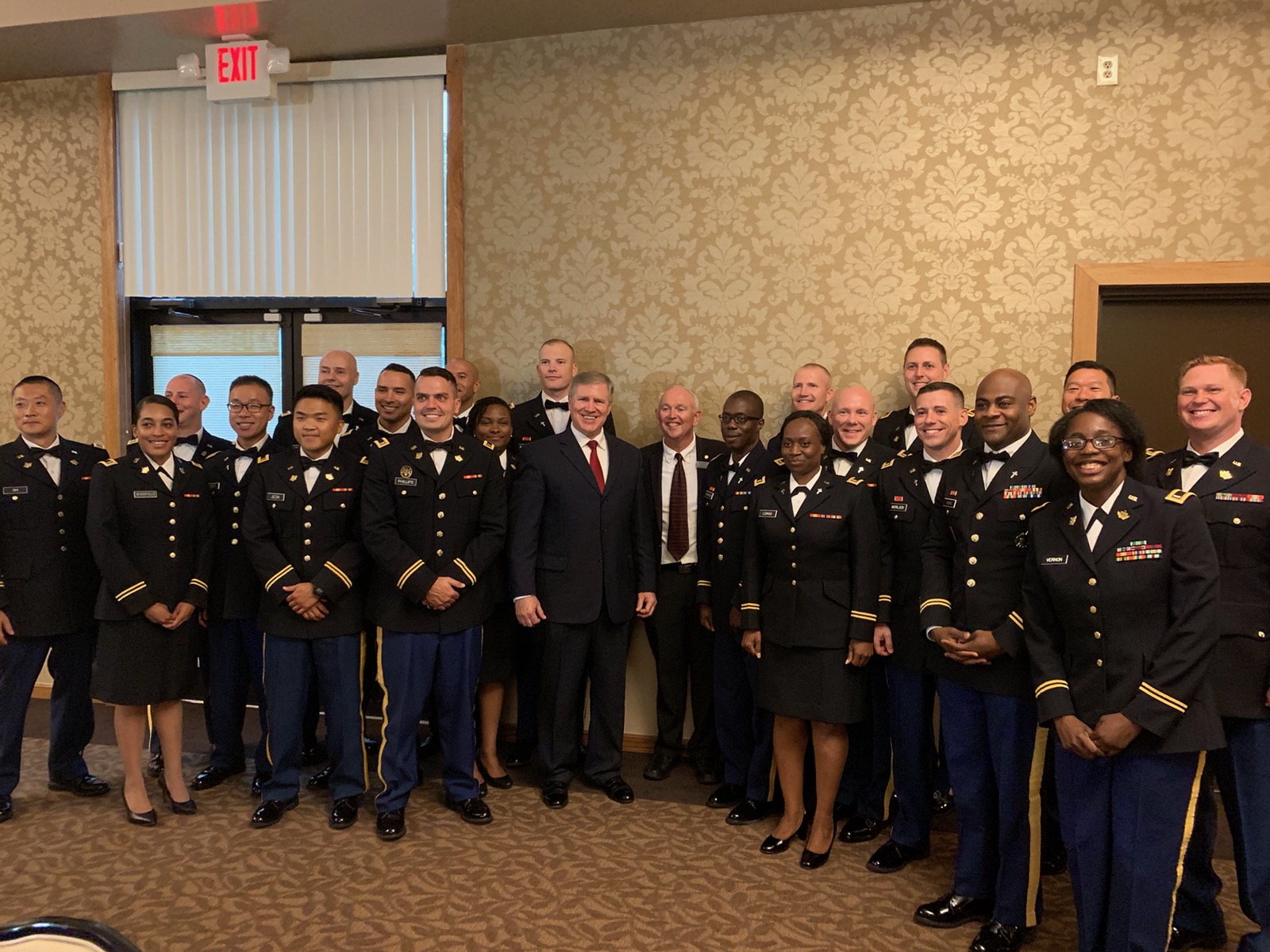 Liberty University was well represented at a graduation ceremony for military chaplains held at Fort Jackson U.S. Army Training Center in Columbia, S.C., on Aug. 29. Twenty graduates, making up about 20 percent of the class, have completed or are in the process of completing their Master of Divinity in Chaplaincy from Liberty.

The ceremony was a celebration for those who have recently completed the Basic Officer Leader Course, a 12-week basic training course for chaplains and chaplain candidates for the Army.

Dr. Steve Keith, executive director of Liberty’s Center for Chaplaincy attended the event to cheer on Liberty students for what he called a “crowning achievement.”

“It’s a tremendous feeling of accomplishment … they have jumped through a lot of hoops and made it over several hurdles both educationally, ecclesiastically, and militarily to get here,” Keith said.

Military chaplains must complete a Master of Divinity degree, receive an ecclesiastical endorsement from a religious organization approved by the Department of Defense, be ordained as a minister by a local church. They must also serve two years as a church pastor, and be chosen by an employer (in this case the U.S. military) to serve as a chaplain. All military chaplains are required to complete the basic training course on-site at Fort Jackson. 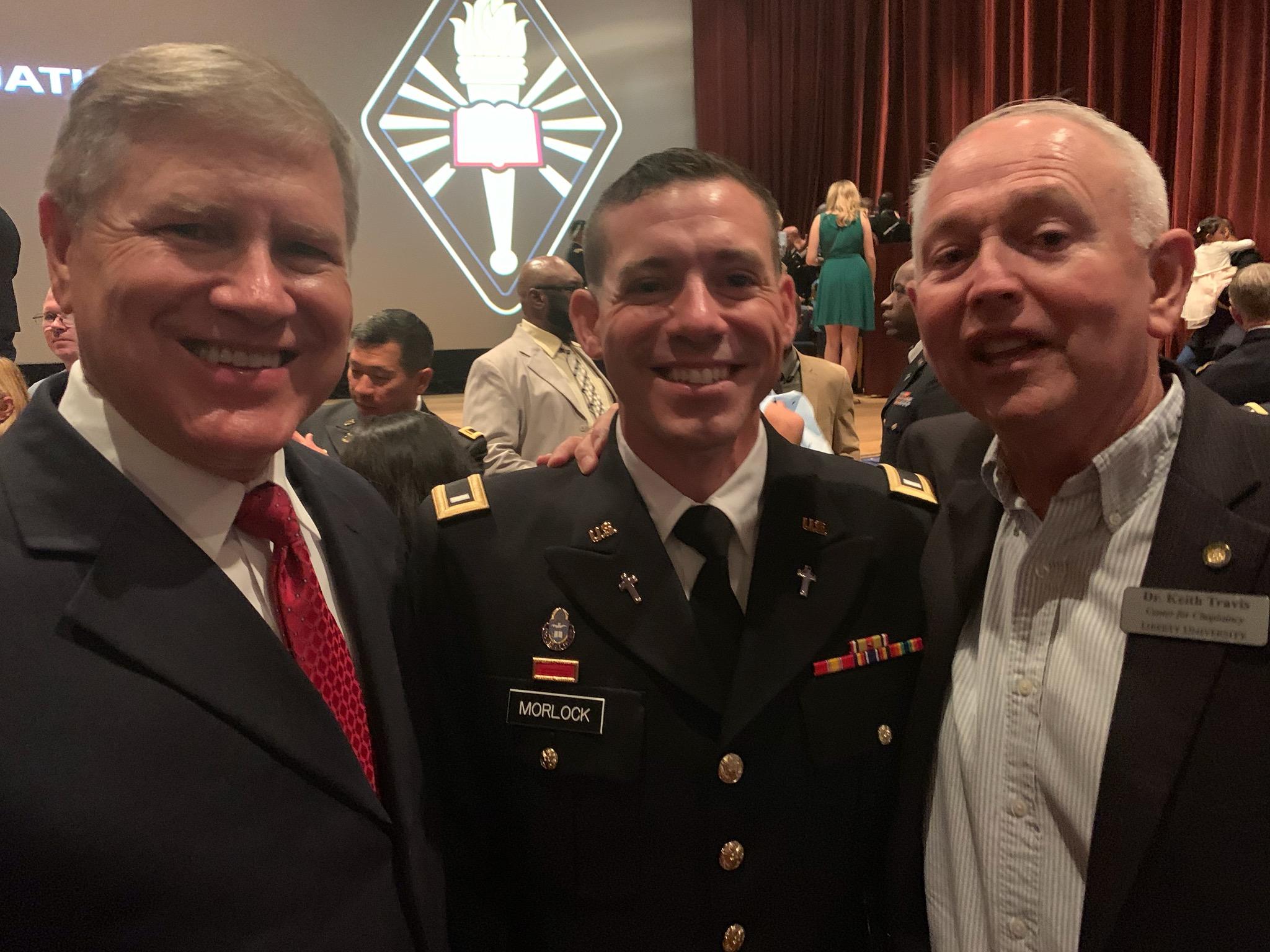 The ceremony also included a special recognition for a Distinguished Honor Graduate, which went to Liberty graduate 1st Lieutenant Warren Ray Moore. All graduates received their Regimental Crest, which signifies they have completed the necessary steps to become either a candidate for military chaplaincy, simply needing to finish the remainder of their Master of Divinity, or a full-fledged military chaplain.

Fellow graduate Norica Vernon, one of the three Liberty graduates who completed their degree residentially, said the chaplaincy program was “one of the best decisions I have ever made in my entire life.”

“It’s very hard work and it will challenge you in every aspect, but it’s worth it,” she said.

1st Lieutenant Phillip Morlock, who also studied on campus, said Liberty’s chaplaincy program helped him finalize and train for the calling God placed on his life.

“What Liberty University really did for me was solidify my call and put individuals in my life who had been there and done that, and they became my mentors and have led and guided me throughout this whole process,” he said. “And that’s on top of the high spiritual emphasis on having that relationship with God and hearing the voice of God in your life and understanding where God’s calling you — and being true to that call.

“Liberty did an amazing job in training us to be the Chaplains that we needed to be,” he added. “I think hands down Liberty is the best school at preparing chaplains for practical ministry in the field of military chaplaincy; they are second to none.” 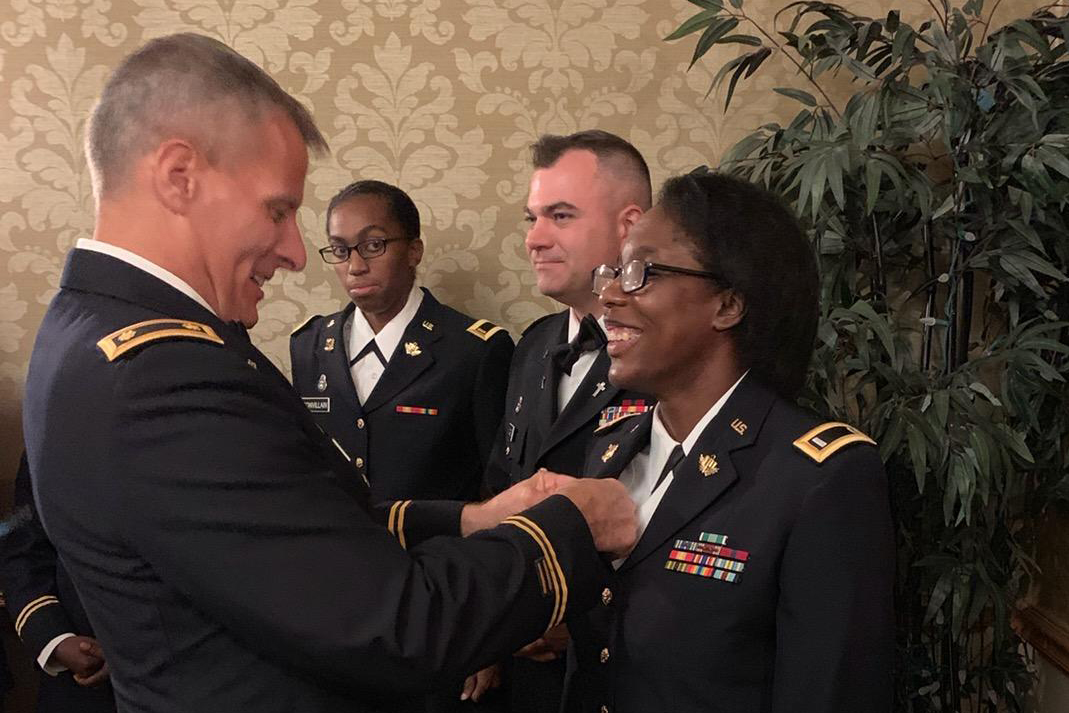 Morlock, who was a part of the Commandant’s list — the top 20 percent of the graduating class at Fort Jackson, said he also appreciated the sense of family within the program.

“Dr. Keith has done everything in his power and ability to make the chaplaincy program a family,” Morlock said. “It provided comradery amongst my peers; we were in the same boat and many of them became lifelong friends.”

Keith said he is proud of all the Liberty graduates for representing the program.

“They’re amazing individuals who have followed God’s leading and calling on their lives, they and their families have undergone great sacrifice to get to this point,” he said. “It’s a real sense of accomplishment and a real sense of honor. They have the honor of serving the Lord in the military as a minister and not many people get to do that.” 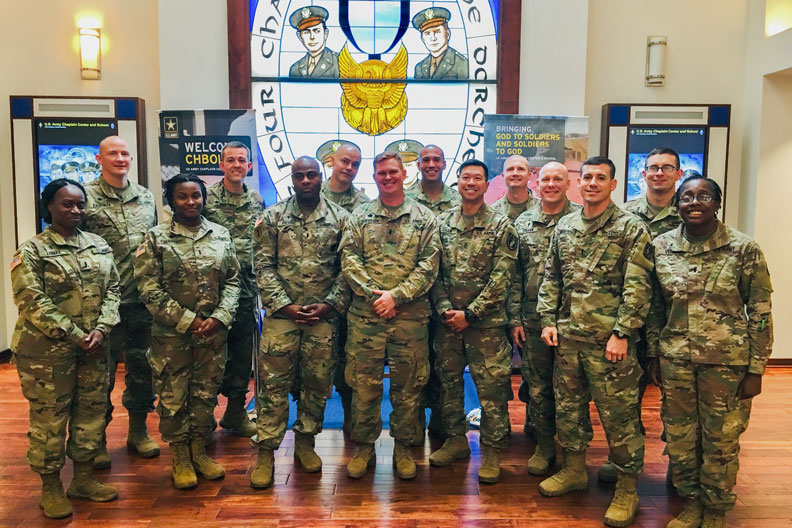 iv. in Healthcare Chaplaincy (93 hours), M.Div. in Community Chaplaincy (93 hours). Additionally, they offer a MA in Sports Chaplaincy (36 hours). All chaplaincy degrees are offered residentially and online. Each degree is designed to help graduates acquire the knowledge and skills needed to be a chaplain in the military, hospitals, prisons, businesses, college campuses, and sports organizations.