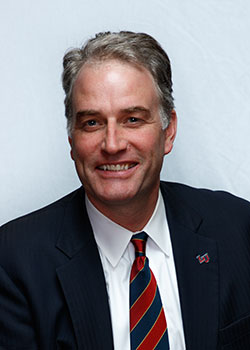 Liberty University has announced that former U.S Congressman Robert Hurt (Virginia’s 5th District) will take on a new role as dean of the Helms School of Government, and Ron Miller will serve as the online dean.

Hurt served in the U.S. House of Representatives from 2011–2017. Since stepping down, he has served as the executive director of Liberty’s Center for Law & Government, where he developed numerous programs that have provided students with exceptional opportunities to engage with influential leaders from Washington, D.C., and across the country. These programs have included the production of a series of successful televised statewide political debates.

Hurt, a lawyer and former citizen-legislator from Southside Virginia, brings a wealth of experience, including service in the Virginia Senate, the Virginia House of Delegates, and local government. During his 16 years in public office, Hurt demonstrated his abiding commitment to the Constitution and was always a strong voice for common-sense policy designed to make it easier for small businesses, farmers, and Virginia families to be free and successful.

“I look forward to watching Robert Hurt take our School of Government to the highest levels of achievement through his recruitment of top-notch faculty and students,” said Liberty President Jerry Falwell. “His experience in Congress and his extensive networking capabilities will be invested into our students, and they will impact the world through public service and policy.” 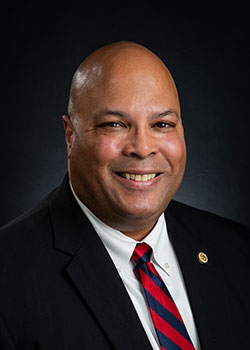 “Over the past two years, I have loved working with our students and with my colleagues, but, above all, I have loved being a small part of an institution with a great mission. I am thankful for this opportunity and am looking forward to continuing to help prepare our students for service during this critical time in the history of our nation.”

Provost and Chief Academic Officer Scott Hicks called it a great privilege to have Hurt serve as the new dean.

“His infectious energy and his commitment to success will serve our students and Liberty University well,” he said. “With his appointment, we anticipate that Dean Hurt, Dean Keith Faulkner (Liberty School of Law), and Dean David Brat (School of Business) will create synergy that is unparalleled in the industry. We look forward to realizing the positive impact that this team will have on our students and the respective industries they serve.”

Faulkner, who has worked closely with Hurt in the Center for Law & Government, a partnership between Liberty Law and the Helms School, said the center’s success is due to “his creative vision and extensive experience as a lawyer and legislator.”

“It is only fitting that he now assumes a new leadership role at the Helms School of Government with an eye toward building upon the school’s excellent reputation and record,” Faulkner said. “I look forward to working with him to continue the growth of the partnership between the two schools.”

Online Provost Shawn Akers, former dean of the School of Government, agrees: “Congressman Hurt has done an outstanding job of leading our Center for Law & Government, and we are fortunate to have him leading the Helms School’s residential programs.”

“After a distinguished career in public service, the military, and the private sector, Dean Miller brings a wealth of experience to his new position, and I have every confidence that he will lead the school’s online programs to new levels of excellence,” Akers said.

Miller served as associate dean of the Helms School of Government before assuming the role of interim dean. Prior to joining Liberty, Miller was a commentator, author, and consultant. During the Bush Administration, Miller served at the Federal Emergency Management Agency, the Department of Homeland Security, and the U.S. Small Business Administration. He has also served as a senior technology and strategy executive in the private sector and with the American Red Cross National Headquarters in Washington, D.C., and was the president of his own business consulting firm. He brings substantial experience and knowledge of the online world to the position.

“Dean Miller has done an excellent job serving as interim dean,” Hicks said. “We are grateful for his service and look forward to seeing his continued success as the online dean.”

Akers added: “Having had the opportunity to work closely with both Dean Miller and Congressman Hurt, I couldn’t be more excited to see what the future holds for Liberty University’s Helms School of Government.”

Since 1971, Liberty has been devoted to promoting the founding principles upon which our nation was built — principles of self-government, free markets, and the Rule of Law. The Helms School of Government has been a vital component in preparing Liberty graduates for successful careers in government, public policy, law, criminal justice, international relations, intelligence, and homeland security.