The $5 million project was first announced on Nov. 14, 2019, and construction on the 48,000-square foot facility began on April 23, 2020. Located adjacent to the Cook Tennis Complex, the project was made possible by an anonymous $3 million donation, the largest single gift in Flames Club history. The facility features six courts and seating for 100 fans. The building also houses locker rooms, a team lounge, a laundry facility, and a concessions area.

“A building takes a team — funding, architects, construction management and crew, an athletic director with a long-term vision to support excellent coaches and supply them with the space they need to excel,” Liberty President Jerry Prevo said. “This was the vision of our school’s founder, Dr. Jerry Falwell Sr. — that we would train students, including student-athletes, who would use their talents for the glory of God.”

The indoor center hosted its first matches on Feb. 13, as the Lady Flames defeated both Davidson (7-0 final) and Towson (6-1 final) on that day. Two days later (Feb. 15), the Flames men’s tennis team defeated William & Mary 5-2 in its first match in the new facility.

“God has blessed us with one of the top tennis facilities in the country, so we are very thankful,” Liberty Director of Athletics Ian McCaw said. “It took many hands to make this facility a reality and we are very indebted to all of those. It came out even better than we dreamed about and we are so excited to be able to turn it over to our teams and our student-athletes. Liberty Tennis is on the rise, and this facility will give our student-athletes an incredible place to train and compete throughout the year regardless of what our climate may be in the Lynchburg area. It’s also going to allow us to attract some of the top teams in the region and the nation to come and compete here as well.”

Schwandt, the Flames’ fourth-year head coach, said the facility is humbling to him. Schwandt exhorted his players to “stay hungry and humble” in pursuit of the prize of glorifying God and fulfilling the Great Commission.

“The vision of Liberty, Training Champions for Christ, means our actions, our attitudes, our words, what we do — we want to bring honor to God by doing it to the best of our ability,” Schwandt said. “We need to remember that being great in God’s eyes means being a servant,” he added, pointing to Assistant Coach Trevor Foshey as an example of a coach with a servant’s heart.

“Recruiting is going to be a piece of cake now,” he said. “This will be our first stop on our recruiting tour when we have visitors.”

“Yes, we are going to win a lot of matches and those will be memories and these guys and girls are going to have their share of victories here,” he added, “but even more than that, the time that they spend with each other … and the laughs and just the fun, the family atmosphere that this facility helps us to create is something that is going to last a lifetime.”

Prevo has applauded the Flames’ and Lady Flames’ success so far this season and how they are truly ambassadors for the sport on a global stage with players coming from Sweden, Armenia, Vietnam, Peru, England, Canada, Brazil, Mexico, Portugal, South Africa, Germany, and the United States.

“What I find most remarkable is how international our squads are,” he said, noting that the men’s team has seven countries and six languages represented and the women’s team seven countries and five languages represented. “Dr. Falwell wanted to see students from all over the world come to Liberty University, and that dream is currently fulfilled just from these student-athletes alone. Your coaches tell me that you are a passionate, hardworking group of athletes who love Liberty. I thank you for that spirit and for being fantastic ambassadors for our university when you set foot on the courts — both here and away.” 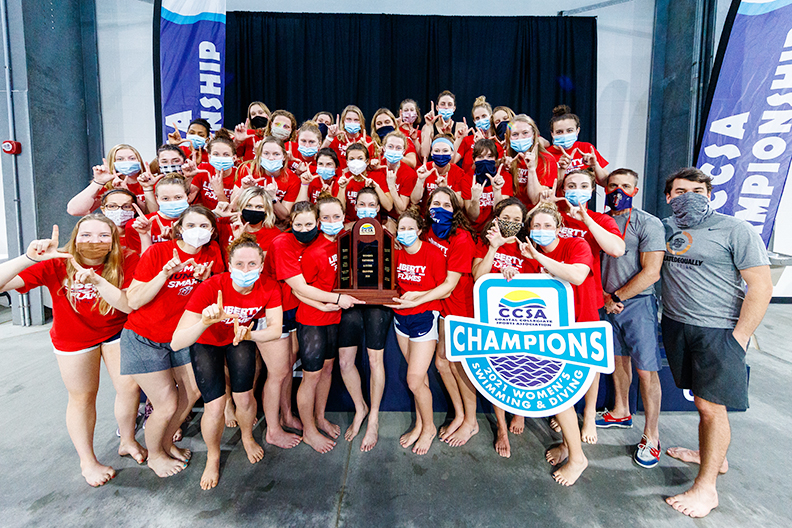 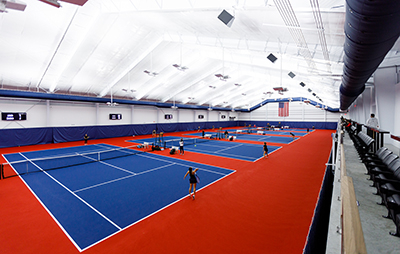 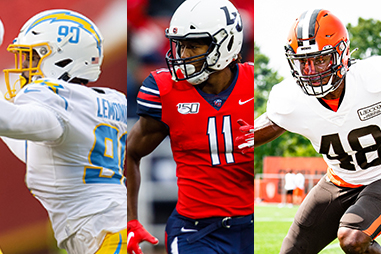 On to the Big Time: Former Flames pursue their professional dreams in NFL rookie seasons