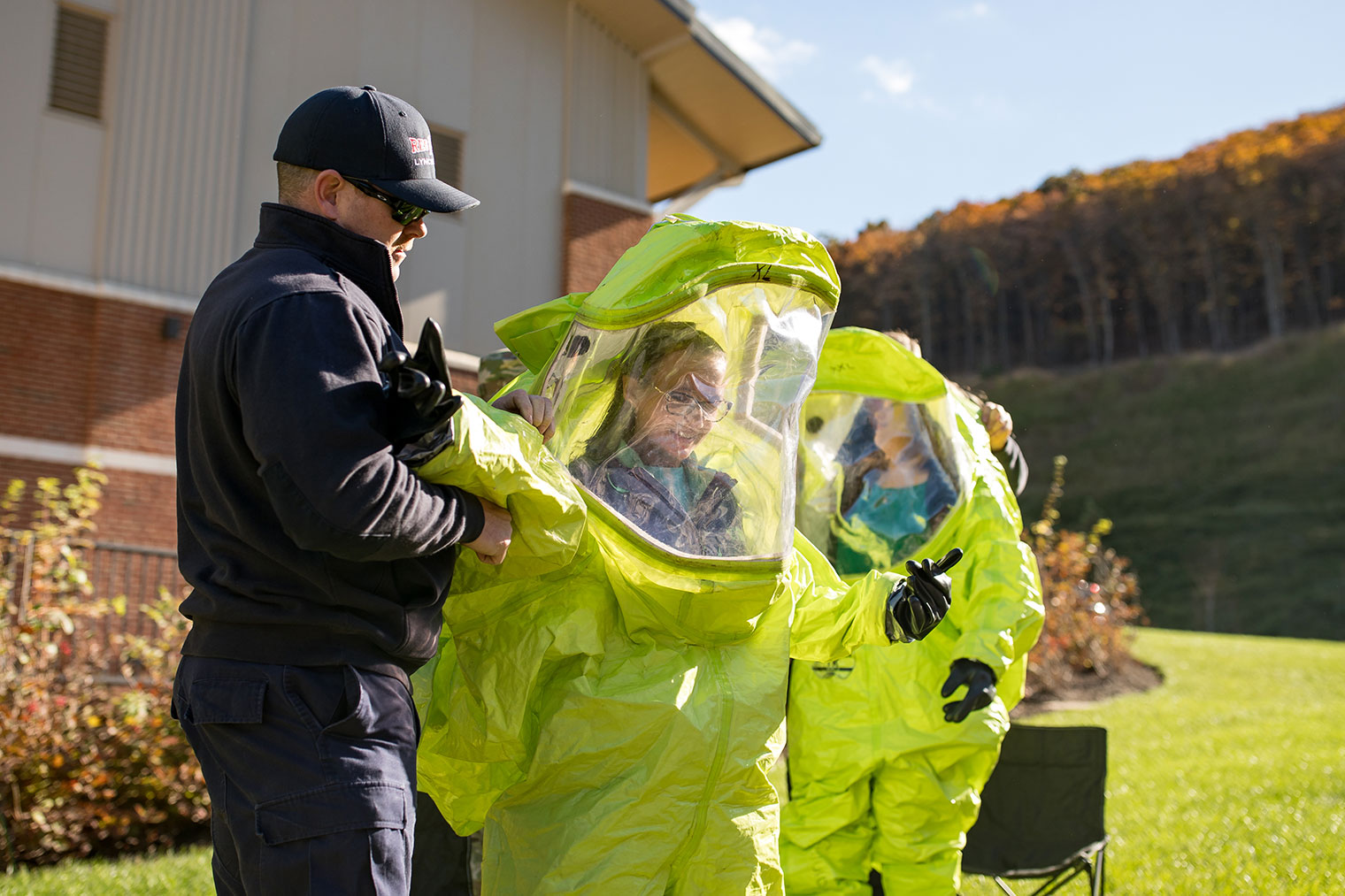 The Liberty University Indoor Track & Field Complex was transformed into the scene of a mock bioterrorism attack on Saturday morning, created to give students insight on first response procedures.

During the simulation, students learned the specific duties of the different law enforcement agencies that would take action in the event of an attack.

“Hot spots” using controlled radiation were set up by the Virginia Department of Health in preparation for the event. First responders guided students around the facility, teaching them how to use monitors to locate the hot spots.

Fog was released inside the facility to simulate the spread of deadly viruses and biological agents, such as anthrax and Ebola. Additionally, a fake laboratory was created for students to learn more about dangerous bacteria that terrorists manipulate in order to cause mass destruction.

Nursing students worked outside in tents treating the “red team” (terrorists who had propagated a biological agent and were infected during the attack) as well as victims.

“I’ve really enjoyed this event and how we’ve been able to learn more about treating patients in triage as if we were in a real-life scenario,” said senior nursing student Shelby Sparks.

The exercise was started at Liberty in 2014 by renowned DNA analyst and Liberty Professor of Biology Dr. J. Thomas McClintock and Virginia State Police Counter Terrorism Special Agent Kevin Richards, who both shared a desire to give students from several academic departments the opportunity to learn how to apply their classroom knowledge and assist in a bioterrorist attack. 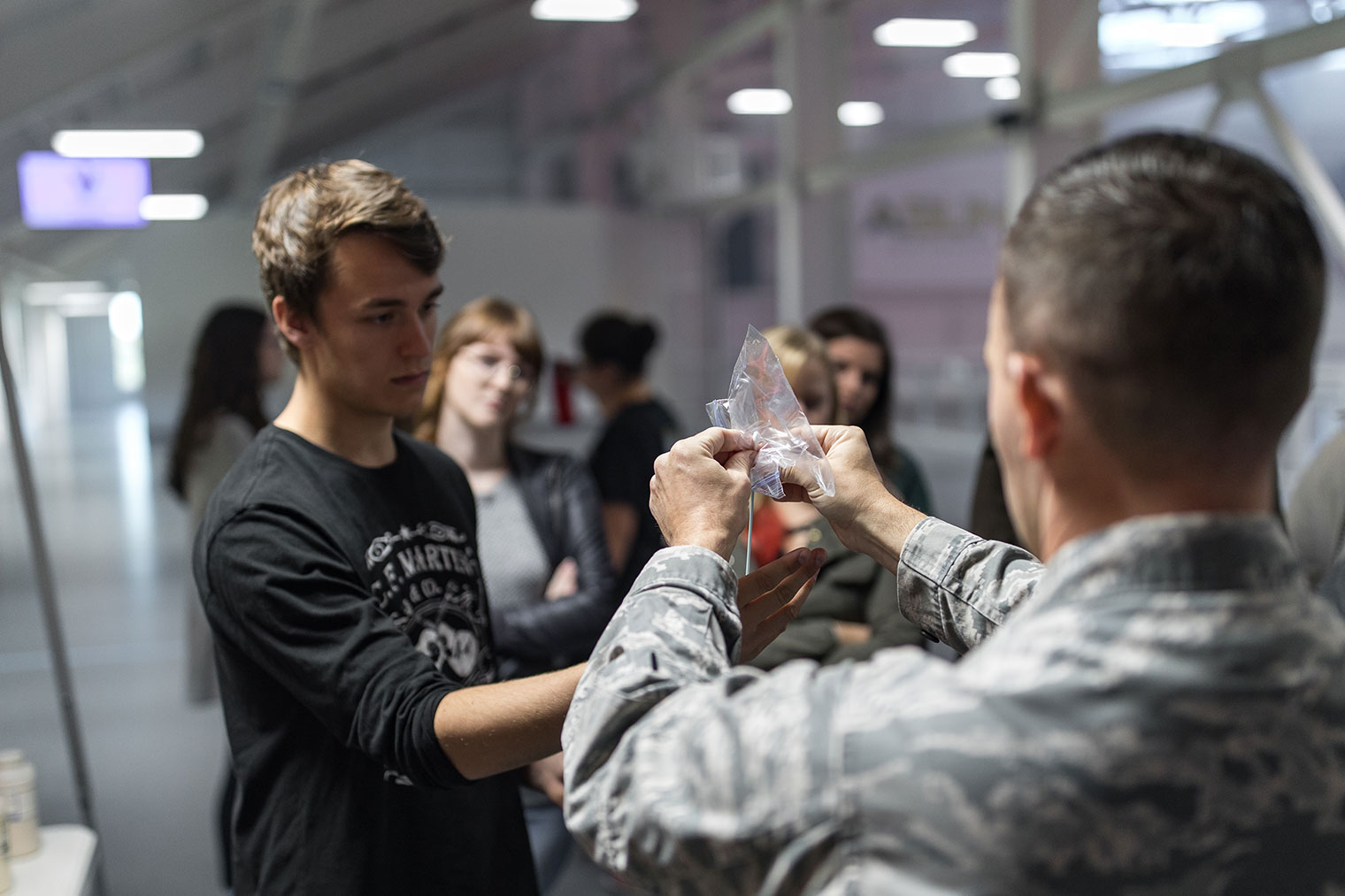 “As a nation, we deal with terrorism now, and so students need to learn these skills and one day teach the next generation,” McClintock said.

McClintock noted that events like this are not only beneficial to the students, but also to the agencies that participate.

“This event gives them the opportunity to train in a friendly environment and practice cross-pollinating their skills with other first responders,” McClintock said.

Freshman Faith Swicegood noted the uniqueness of Liberty’s forensic science program, offered under the Department of Biology & Chemistry, in providing students hands-on experience and real-world exposure that takes them beyond the classroom and into their field.

“I didn’t expect to be doing stuff like this as a freshman, so it’s been really cool having all these opportunities presented to me right off the bat,” Swicegood said.

Senior Michael Erquiaga, Vice President of the Forensic Science Club, said he is grateful that Liberty has several opportunities available to students who are interested in pursuing a career in forensic science, criminal justice, and related fields.

“There’s been a lot of work put into the different programs to make sure that students get a broad scope of all the different sections within forensic science,” he said. “It’s a very broad program that allows you to pursue a lot of career paths.”