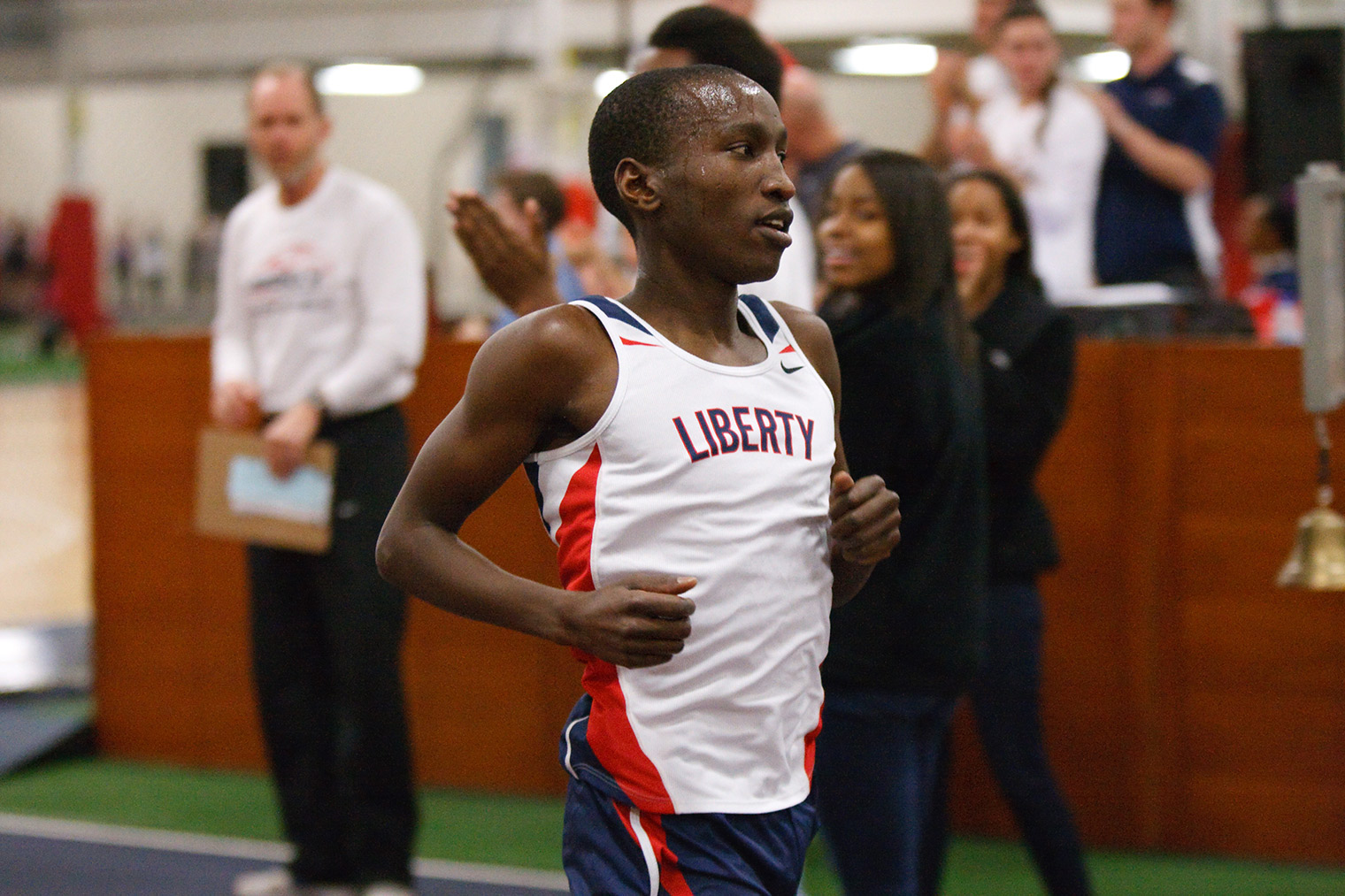 Former Liberty University cross country and track & field standout Sam Chelanga will be one of four subjects featured on the Sept. 25 episode of ABC’s “20/20” titled “The Real Rookies,” focusing on people who have made career changes later in life, in Chelanga’s case to join the United States military.

Over his three-year career with the Flames (2009-11), Chelanga won four NCAA Division I national championships (two in cross country, two in outdoor track).

“He was definitely the best athlete that ever came through our program and that came through Liberty as far as NCAA recognition goes,” said Flames Cross Country and Indoor and Outdoor Track & Field Coach Brant Tolsma, who was interviewed earlier this month for the ’20/20′ segment. “He still holds the NCAA record in the 10,000 meters (27 minutes, 8.37 seconds). He set that in 2010 (at Stanford University), and I wouldn’t be surprised if it stands for another 80 years.”

The native of Kenya turned pro after graduating in May 2011, signing a sponsorship deal with Nike that year before becoming a U.S. citizen in August 2015. He narrowly missed an opportunity to represent Team USA in the marathon at the 2016 Summer Olympics in Brazil and was training for a potential Olympic bid for the 2020 Summer Games in Tokyo. (Game On, Liberty’s weekly half-hour sports show produced by LFSN, shared Chelanga’s story in segments aired in 2016 and 2017.)

However, the 33-year-old retired from running while still in his prime and enlisted in the U.S. Army after finishing fourth in his last professional race, the July 4 USATF 10K National Championships in Atlanta. He began basic training July 29 at Fort Jackson in Columbia, S.C., where he is preparing to start Officer’s Candidate School at Fort Benning, Ga., on Oct. 15, with an interest in military intelligence.

“I’ve done everything that I wanted to do in running,” Chelanga told LetsRun.com in a story posted on July 5, the day he retired. “I feel young, I feel fresh, I feel like I have a lot of energy, and I want to take this job when I’m going to serve at the best level of my ability.

“Leading young men and women for the United States in the Army, it’s the biggest honor I would have ever asked,” he added. “Not that I underestimate that what running has done or can do, but I just feel in my heart that this is a calling for me.”

Earlier in the week, Welsh interviewed Chelanga at Fort Jackson. On Tuesday, she did her final interview for the feature, speaking with Marybeth, Chelanga’s wife and a former Lady Flames student-athlete, in Georgia, where they live with their two sons,  Micah (5) and Noah (1).

Chelanga was inducted into Liberty’s Athletics Hall of Fame Class of 2017 last fall.

Watch a teaser for the ’20/20′ segment, set to air at 10 p.m. Tuesday, and read a story based on interviews with Chelanga on the ABC News website.