Liberty buys out local theater for ‘Son of God’ premiere

As moviegoers across the country flocked to see “Son of God” premiere on the big screen Feb. 27 at midnight, Liberty University students joined the experience at the local Regal River Ridge Stadium 14, less than a mile from campus. Liberty booked all 14 screens at the theater, about 2,500 seats, to give students the opportunity to watch the debut free of charge.

The event drew the attention of the Los Angeles Times and USA Today.

“I thought the fact that Liberty gave students the opportunity to see the movie for free was such a great idea,” senior Katelyn Diehl said, noting that it was a refreshing way to experience truth. “You hear about (the truth) and learn about it all day long, but you don’t always see it.”

She said she hopes audiences across the world are able to experience the story of Jesus in a transformational way.

“I really hope that this film will encourage people to open the Bible,” she said. “I want them to not only feel convicted but to experience a life change.”

“I am hoping that people get a glimpse of what Christ did for us,” added freshman Tiameaus Smith. “It wasn’t a small price to pay.”

In January, Roma Downey and Mark Burnett, the film’s producers, visited Liberty to speak in Convocation, interact with students, and visit the Cinematic Arts, Zaki Gordon Center. The couple showed clips of the film and announced a competition for students to create a trailer, with the top winner earning a VIP trip to Hollywood to meet them and visit the set of “The Voice.” Downey and Burnett were so impressed with the quality of the submissions that two videos were chosen as winners, with 10 students receiving the grand prize. 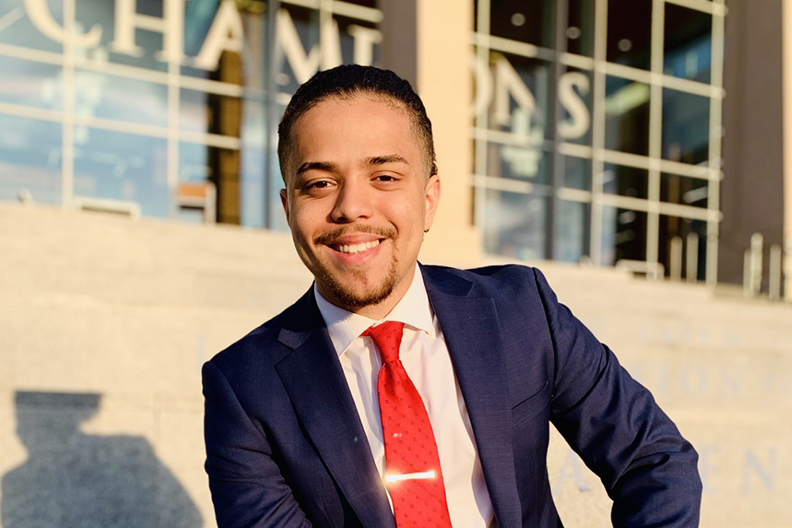