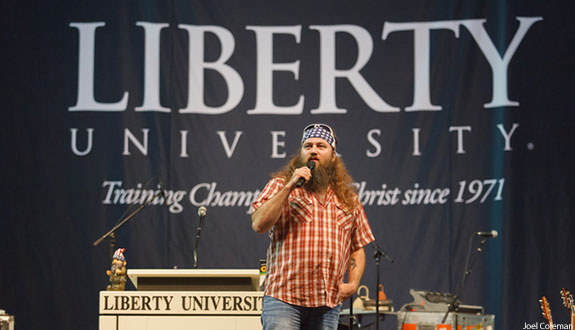 During Liberty University’s Convocation on Friday, students and College for a Weekend (CFAW) guests enjoyed a performance by the band Crowder and a message of encouragement from Willie Robertson, star of A&E’s hit reality television show “Duck Dynasty.”

Robertson is the CEO of Duck Commander, a leading duck call manufacturer, and the executive producer of “Duck Dynasty.” As the only member of the family with a business degree, he took the company from a living room operation to a premier destination for all things outdoors.

Before Robertson took the stage, Crowder gave the crowd a preview of its upcoming concert with Colton Dixon, which will be presented by Student Activities Friday at 8 p.m. in the Vines Center. The band performed, “This I Know,” a song about Christ’s love for people.

Vice President for Communications Johnnie Moore also took a few minutes to greet CFAW guests and let them know how much Liberty appreciates them.

“We want you to know that as members in the body of Christ you are our honored guests and we are really glad you are here today,” he told the crowd.

President Jerry Falwell, Jr. introduced Robertson as “the star and driving force of the biggest reality television show in the history of cable television.”

The season premiere of “Ducky Dynasty” last month shattered ratings records with more than 11.8 million viewers. The show is now shown in more than 100 countries and is a national phenomenon.

“In addition to his business savvy, Willie and his entire family are known for their faith in Jesus Christ,” Falwell said. “They are not just some of the top celebrities of our time, but are some our nation’s most famous Christians.”

Robertson shared how his father came to know Christ when he was 28 years old and decided to make duck calls, a tool hunters use to lure fowl.

“Without my father making the decision to come to Christ, there would not be a show called ‘Duck Dynasty,’” he said. “When you are moving toward God, you are moving in the right direction.”

He then told the story of John the Baptist pointing people to Jesus in the Gospel of Matthew and how the book of Isaiah calls John the “highway for God.”

“My challenge to you is to not let the world’s measuring stick show you what is successful,” he said. “Our family views success (as being) able to go around the country and share the message of the Lord and to talk about our faith.”

As he finished, Robertson reminded students that even though they may believe in God, Satan will always try to prevent them from spreading the Gospel.

“A base like this (Liberty University) of young people can move mountains. Thank you for watching our show — you are making a difference,” he said. 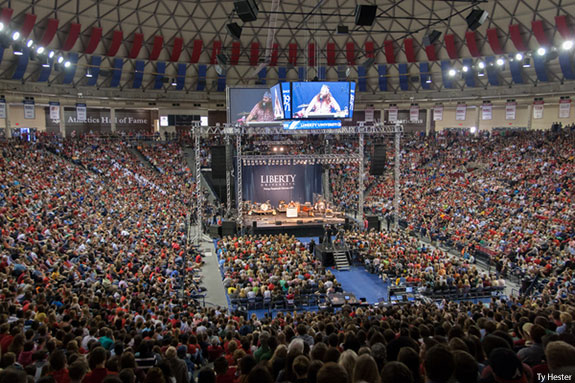 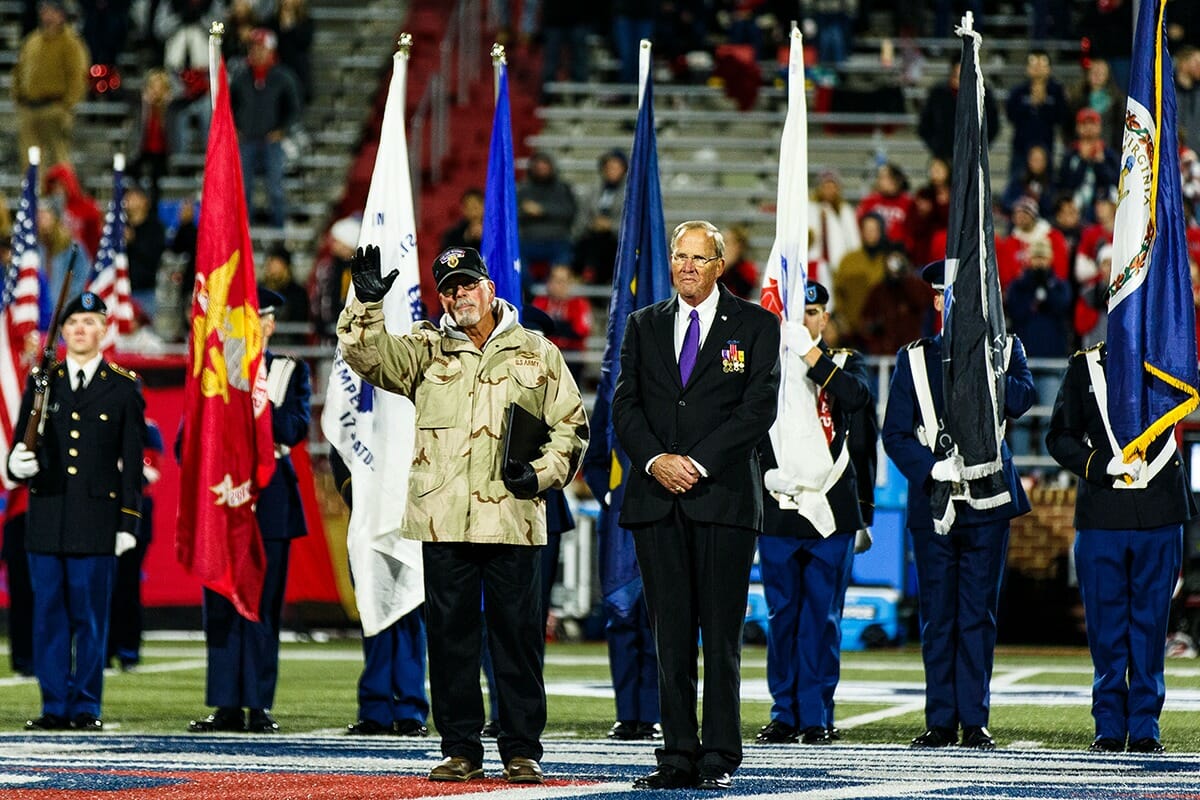 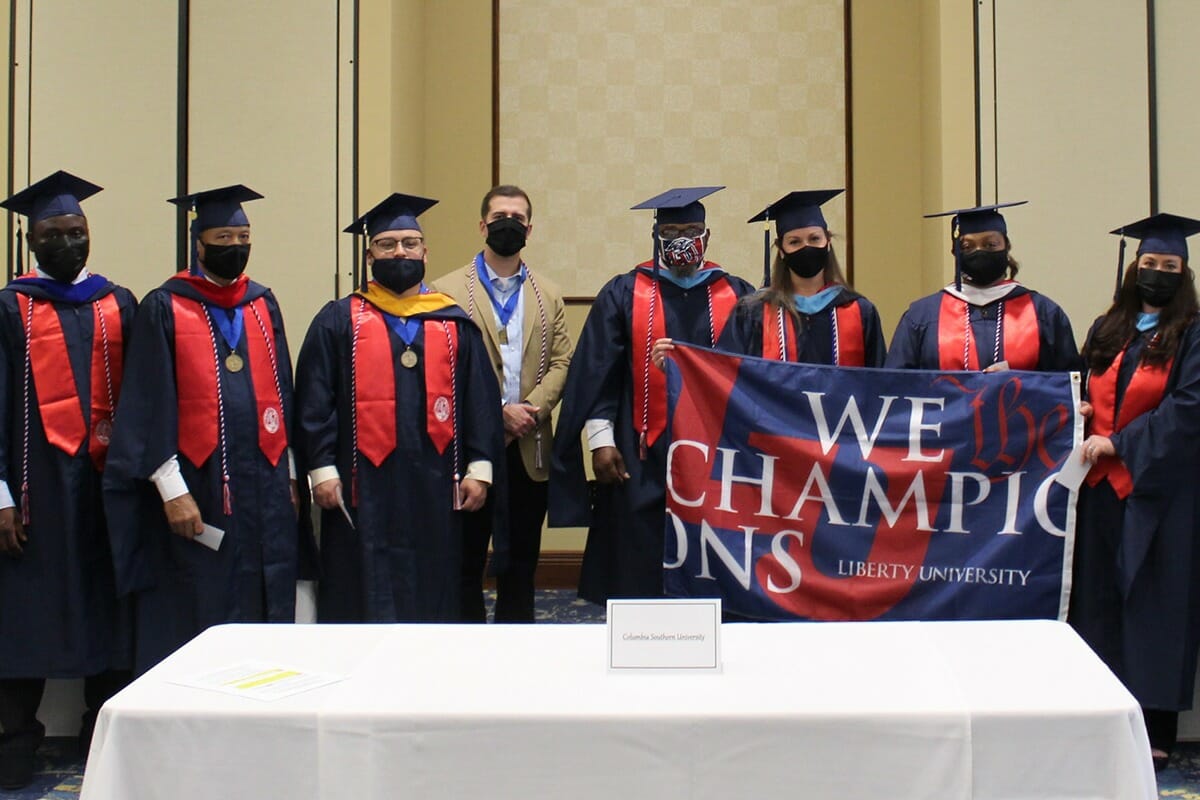 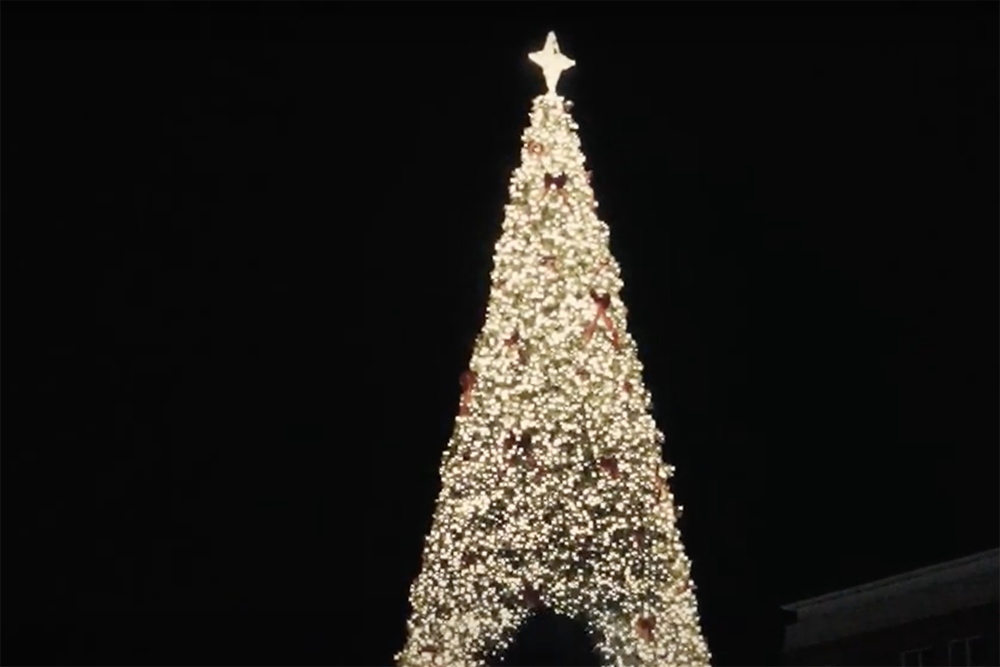