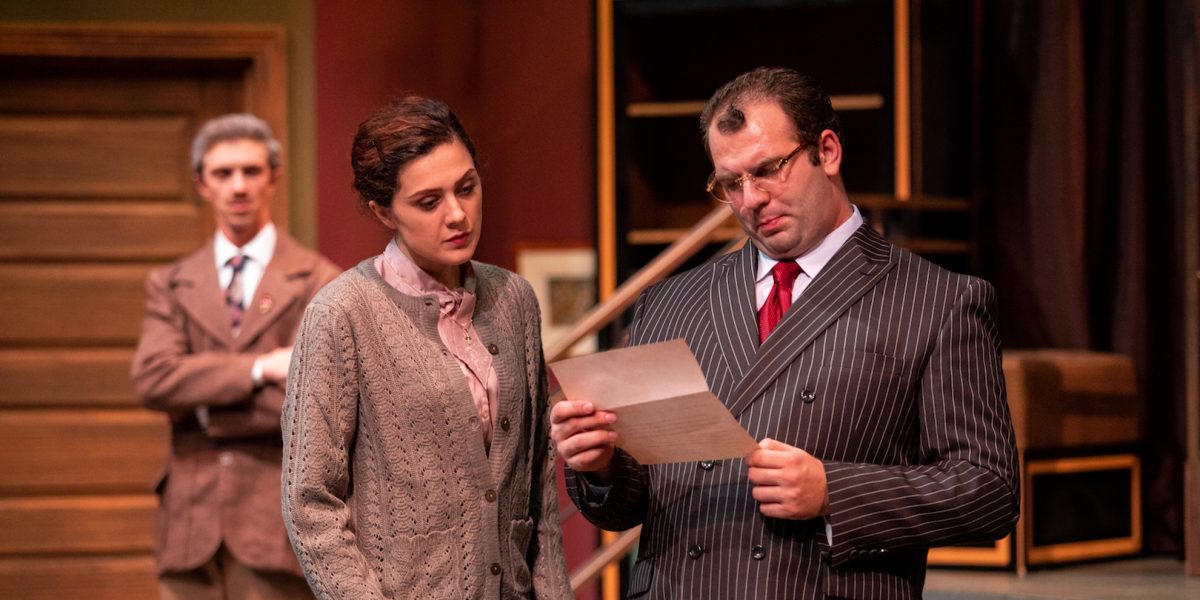 Black Box Theater’s newest show tells the tale of 10 strangers summoned to a remote island. Each guest has a wicked past they are unwilling to reveal, but that secret soon decides their fate.  Every individual gets marked for murder. As the weather turns and the group is cut off from the mainland, they are murdered one by one in accordance with the lines of a sinister nursery rhyme.

“And Then There Were None” is one of author Agatha Christie’s most popular murder mysteries.

“It’s a very well-known story, but we’ve been as true to the Christie interpretation as possible,” cast member Sydney Borchers said. “We could have taken a “Clue” approach and made it silly and goofy, but we’ve been able to capture it as Christie would have wanted it to be with surprise and angst, and not necessarily that silliness and goofiness.”

When asked about the story of the show, Director Andrew Geffken said, “It’s hard to figure out. One thing that Agatha Christie always did so well that I think many filmmakers and storytellers today aren’t as good at is the idea of subverting expectations. You can’t predict what’s going to happen. (Christie) does it in such a way that is expertly done, the correct way. As soon as something shocks you, you immediately go, ‘Of course . . . it had to be that,’ as opposed to ‘That doesn’t make sense,’ which happens a lot today.”

First written as a novel, a rewrite of the ending was written to accompany the play. Geffken had both endings to choose from and rehearsed both, but the cast will not know which ending they are showing audiences that night until
the performance.

To pull off this stunt, Geffken will flip a coin in front of the audience prior to each showing and will alert one cast member which ending they will perform that night. The rest of the cast will find out the ending right along with the audience.

Will Cloud, a sophomore theater student, plays Phillip Lombard, a charming and honest former British solder with a dark sense of humor. Cloud said that this play is the only truly fictional story to be performed this theater  this semester. He described the play as being “very grounded and realistic.” Because of the way the Black Box Theater’s sets can be changed and manipulated, the audience for this play feels like they are part of the story, up close with the action.

“It’s not like watching a movie, the audience is right there in it,” Cloud said. “You can’t get this with a movie or at home watching something on a screen.”

“Everyone can enjoy (the show),” Borchers said. “Students who may not enjoy theater will like the style of the show and the aesthetic. They will have to think. They’re going to want to solve the mystery like the actors. It’s not easy and people will be surprised. It’s not simply watching a show – it’s watching and working.”

Tickets can be purchased at tickets.liberty.edu.