A lasting legacy at Liberty 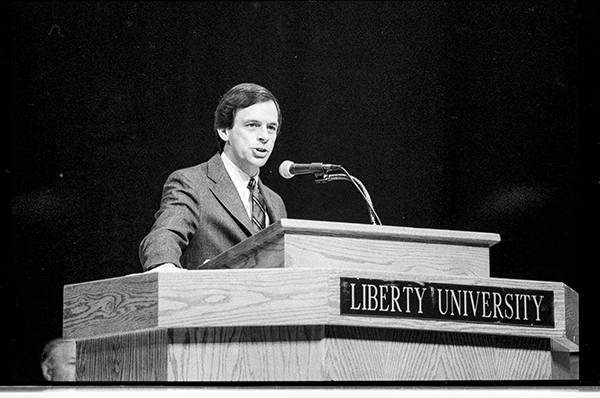 The Liberty University community lost another of its greatest influencers Dec. 26, 2015 when a founding dean and campus pastor, Dr. Ed Dobson, died after a 15-year battle with Lou Gehrig’s disease (ALS).

Dobson, who recently pastored Calvary Church in Grand Rapids, Michigan from 1987 to 2005, was born Dec. 29, 1949 in Northern Ireland. According to Christianitytoday.com, Dobson came to the U.S. at age 14 and then attended Bob Jones
University, where he earned a Bachelor of Arts and a Master of Arts degrees. He later earned a Ed.D. in higher education administration from the University of Virginia. 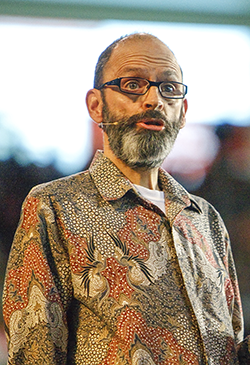 In 1972, Dobson came to Liberty as the dean of men and later became the dean of students, where for 15 years he influenced Liberty students and professors and the Lynchburg community at large. Dobson leaves behind his wife Lorna, children Kent, Heather and Daniel and six grandchildren.

Dr. Ed Hindson, dean of Liberty’s Rawlings School of Divinity and distinguished professor of religion, first met Dobson when Dobson attended one of Hindson’s speaking engagements in South Carolina while Dobson was in college. The two later met at Liberty when Dobson taught New Testament survey while serving as the dean of students and Hindson taught Old Testament.

“I saw in him an incredible ability as a preacher, communicator (and) thinker,” Hindson said.

The two men quickly became friends, and Hindson said they had a natural connection because they were both young, both taught Bible survey classes and both had young children. Hindson said they became “virtually best friends in those days.”

Hindson, who first came to Liberty in 1974, witnessed Dobson grow and mature as a teacher of the Bible.

“As a teacher, he loved to provoke students to think and act,” Hindson said. “He was an excellent Bible teacher and preacher as the campus pastor. When Dr. Falwell Sr. was deciding to start a second Sunday night service for students, I had the privilege of being with him and recommending that Ed be the speaker in the Sunday night service, which immediately became very popular with students. It was packed every Sunday night. Over the years as he grew and matured as well, he began to attract not only students but local adults to his services.” 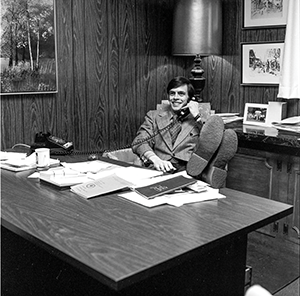 Leader — Ed Dobson was dean of students while he was at Liberty. Les Schofer

“I remember one series he preached through Proverbs,” Hine said. “It was just amazing. It was awesome. Everybody loved his teaching and his preaching. He was very brilliant. He was a communicator, a really excellent communicator.”

Hine later became acquainted with Dobson in a more personal sense after being asked multiple times to act as the supervisor, now known as resident director, of the Stewart Arms Hotel dormitory location. Hine finally accepted the job and said it was such a blessing.

“It really was like a call from God through Eddie Dobson,” Hine said. “Now I have the privilege of looking back to see that God was beginning something that puts me here today. … It kind of dawned on me this is a door that’s opening and God really impressed (on) me, you need to do this.”

Hindson and Hine both had a first-hand experience witnessing how Dobson changed lives at Liberty. 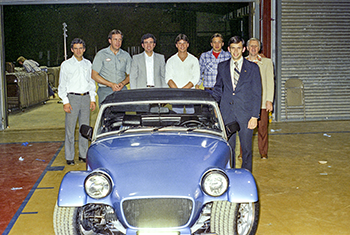 “He definitely left his mark on student life at Liberty and helped shape it and reshape it in the early days,” Hindson said. “He also left his mark on the campus pastor position as a top notch communicator who could hold students’ attention but also minister to their personal and practical needs.”

Hine said his administrative style was impacted by Dobson’s interactions with students.

“I liked him because he was not a person who would take himself too seriously,” Hine said. “I watched him in his dealings with students, in his dealings with people, (and) he had the ability to laugh at himself. He was very involved in students’ lives. He taught me students are why you’re here. It’s why you exist. And their success becomes your main goal. That’s the way it was with him.”

As dean of students, Dobson exemplified leadership skills that made him an employer people enjoyed working for, said Deborah Huff, a Liberty professor who worked under Dobson. Hine said he was so loved by his students they built him an Arkley car. Dobson kept the blue sports car for a very long time.

“As an administrator (in the) dean of students (position), he was an organizer, a delegator,” Hindson said. “He would build teams of people working for him to whom he would delegate areas of responsibility. … He was a very matter-of-fact person. … At the same time, he would bend over backwards to help students who were struggling to have an opportunity for redemption.” 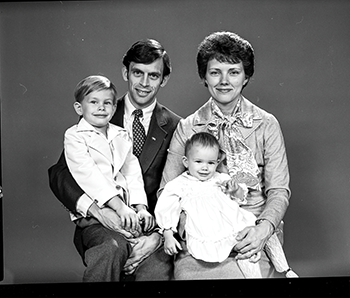 Family — Ed Dobson is pictured with his young family. Provided

Hindson said Dobson was the original author of Liberty’s student code of conduct, the Liberty Way. Dobson wanted to have clearly written guidelines for students’ behavior to be evaluated, but he was willing to adjust the rules according to what was practical in life situations.

After more than a decade at Liberty, where he also was the editor of the Fundamentalist Journal, vice president for student life, an aide to Liberty’s founder Dr. Jerry Falwell, and one-time board member of the Moral Majority, Dobson felt the Lord call him to pastor Calvary Church in Grand Rapids, Michigan.

Though Dobson left Lynchburg, Hine said Dobson’s influence on people did not end.

“He did the same thing in Grand Rapids he did at Liberty,” Hine said. “He loved people. He crossed all social, economic (and) racial lines. He had a whole group of African American pastors that he collaborated with in Grand Rapids. He did services together. He didn’t like necessarily that Sunday morning is one of the most segregated hours in the United States.”

Dobson was not concerned with how his role as a pastor appeared to others. Instead, he wanted to love people like he believed Jesus would love them, according to Hine.

“He was very willing to take his light in the darkest of places,” Hine said. “He worked with people in Grand Rapids in the AIDS community. He wanted to love and pastor people, and he did that, and God honored it.” 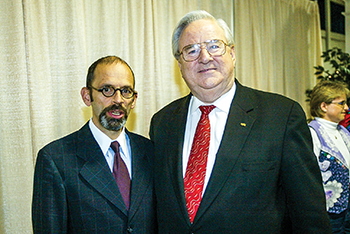 In 2000, Dobson’s life was changed when he was diagnosed with ALS. Given only a short time to live, Dobson created a seven-part film series through which he described hope amidst suffering. The videos can be found at edsstory.com.

Hine said he passed along Dobson’s videos to a friend who was dealing with ALS, and Hine was able to see Dobson’s influence despite his terminal illness.

“Even (as) Eddie suffered with a terminal disease, he was still determined to use it to touch people’s lives,” Hine said. “He didn’t get bitter. … He took it, and he used it. If you watch those videos, they are powerful, powerful videos, not just for those who are suffering from ALS but for life in general. It’s one of the ways that he lives on.”

“I cannot speak, but I need your thoughts and prayers,” Dobson told the graduates, according to the News & Advance.
“I had the privilege of communicating with Ed earlier (in 2015),” President Falwell said in reference to Dobson’s message. “He used a special device to compose a message to all of our graduates that I shared with over 32,000 attendees at Liberty’s 2015 Commencement ceremony. Ed provided pastoral and academic leadership to thousands of Liberty students decades ago, making his parting wisdom to the class of 2015 so meaningful and appreciated.”

Though Dobson’s time on Earth may have ended, his legacy will continue to influence not only Liberty but the
surrounding community.

“He had great influence in the direction of student affairs and really the university at large,” Hine said. “He was bigger than life in the establishing of the direction Liberty would take.”

“He was bright, insightful and outspoken,” Hindson said.

His brilliant communication, his preaching with international perspectives, his strength in fighting ALS and his love of learning caused Dobson to be remembered as someone who genuinely loved.