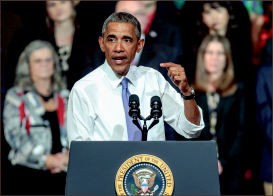 Now let us be real — anything in America that says “free” is almost always a false advertisement. That brings me to my first question — where will the money for this ‘free community college’ come from? The answer: tax payers.

Is it fair that hard-working, nine-to-five Americans have to pay for someone else’s education through their taxes? I do not know about you, but taxes take more than enough out of the minimum-wage paycheck I receive every two weeks. I would rather keep what I can in my pocket.

How is any of this fair, really? I mean, think about it. You are practically working a job, getting paid and having your hard-earned money taken from you to put some random students through their first years of college.

What 18 year olds even know what they want fresh out of high school? For example, some students start out attending a community college for free and then, by the middle of the semester, decide they want to drop out because they figure they are not really cut out for college. Then what? Wasted money.

Then factor in faculty. Without tuition cash coming in and little to no athletic presence, unless there are significant tax hikes, how can a government-funded community college adequately pay its professors?

Additionally, making community college free could make it more of a hassle to enroll into classes. Just imagine community college full of students that just want an education because it is free. Essentially, free community college is just two extra years tacked onto high school. I am not saying people will attend with no ambition, but, honestly, anything free brings a crowd.

Disguised as helpful, this proposal can only hurt the economy.

Currently, the U.S. government already pours billions of dollars into kindergarten through 12th-grade education. Our nation is already $18 trillion in debt. With this community college proposal, our nation may fall even deeper into debt.

Sorry, Mr. President, but did you even think this through? Our economy does not need this, and if a person wants an education bad enough, he or she will work for it like the rest of us.

MCQUEEN is an opinion writer.