Modest Fashion: It’s not what you think

Fashion is an avenue of expression. Often, how we present ourselves through clothing speaks on behalf of our personality, beliefs, and culture before we ever get the chance to open our mouths. We are certainly not a culture above placing people into boxes based on their sense of fashion—you say Blundstones, I say granola; you say Gymshark, I say gym rat; you say Thrasher, I say skater. And these labels can be harsh! However, I think that the scariest label for most people in mainstream fashion culture today would simply be “modest.” But is modesty really anything to be afraid of?

What we would consider “modest fashion” today—think: high collars and floor-length skirts—is all people knew of fashion in any pre-1920s era. While the shapes and styles may have changed throughout the 19th century, it remained that women’s dresses and skirts conformed to one length: long and to the floor. Meanwhile, men’s suits were expertly tailored and formal. All a very far cry from what you’d see people wearing on the Montview steps nowadays. However, the onset of World War One caused Victorian prudishness to finally unravel. Women took a more independent and significant role in society, men were out on the front lines, and the meanings behind fashion were about to change. By the 1920s, American culture saw the economy begin to bloom and hemlines begin to rise. We can see that this trend has carried on throughout history: we reflect times of economic prosperity by showing more skin, and eras of depression by returning to a conservative form of dress [1].

So, what’s brought the talk of modesty back into the mainstream? Well, I can certainly think of a recent time of economic distress in our culture (thanks always, 2020) that may have caused hemlines to lower and looser-fitting clothing to begin trending again. If you’ve ever wondered why maxi skirts and relaxed trousers had made their way back onto your feed, just look to history for an explanation. You’ll find that while people are keen to keep up with these emerging trends, they often don’t realize that they’re still being modest, too. And let’s be honest, the quintessential modest fashion aesthetics are no longer making headlines the way they once were. While this is thanks in part to the recession, I would be remiss not to mention the Muslim women who have been leading the charge on making modest fashion a popular retail category in the post-9/11 era. According to the Global Islamic Economy Report, modest fashion is expected to be a $420 billion dollar industry by 2024 [2]. While modesty often means a vastly different thing for Christians than it does for Muslims, it remains that the narrative around modesty is changing. It’s no longer a marginalized industry, but one that is becoming more widely accepted and evolving all the time. Start pulling the baggy jeans and oversized button-downs out of the back of your closets, people.

At Liberty, we hear a lot about modest dressing. Like many other Christian schools, we’re called to a certain standard of dress on campus. This means no shorts or crop tops in class, no spandex or cutoffs at the gym, and if you’re anything like me, you’ve stared into your closet a couple of times and wondered “How do I make an outfit work under these conditions?” or “How am I supposed to wear pants when it’s 90 degrees outside?” And yet, Liberty has one of the most fashion-forward and uniquely dressed student bodies I’ve ever encountered. As a freshman coming from a public high school with little dress code whatsoever, I wondered how this could be the case. Fashion was the freedom to dress however you wanted, right? Yet, as the FDOC (first day of class, for those unaware) outfit posts flooded my Instagram feed, I saw how Liberty’s dress code wasn’t limiting freedom of expression, but instead inspiring students to get creative with how they dressed.

From this, Liberty has created its own fashion niche. I’m sure you all have been subject to its influence a time or two. If you own a pair of Blundstones, that’s probably a good sign that you’re neck-deep already. But beyond the stereotypes, I think that Liberty’s fashion niche has the power to break the stigmatisms around “Christian fashion” in our contemporary culture. Christian fashion is often defined by what people see of Christians on TV (think: 19 Kids and Counting… yikes), but we know fashion isn’t a simple binary. Instagram accounts such as @flamesfitagram offers followers the opportunity to see what is actually trending in fashion on a Christian campus and change the narrative on what defines “Christian fashion.” All I’m saying is that you probably won’t be catching a floor-length tunic on their anytime soon.

But we know that everything we do, say, and wear is all for a higher purpose. When we blend creative style and modesty standards, we send a message to the world: I follow a God that doesn’t expect me to sacrifice my personality for the sake of His message. In fact, He uses my personality to His advantage. Could there be anything more reaffirming than that?

TL;DR: Modesty isn’t a choice between fashionable and unfashionable. So go out and own every fit you put together. Let your sense of style speak on behalf of you and on behalf of the kingdom. I’ll be building my wardrobe and taking notes. 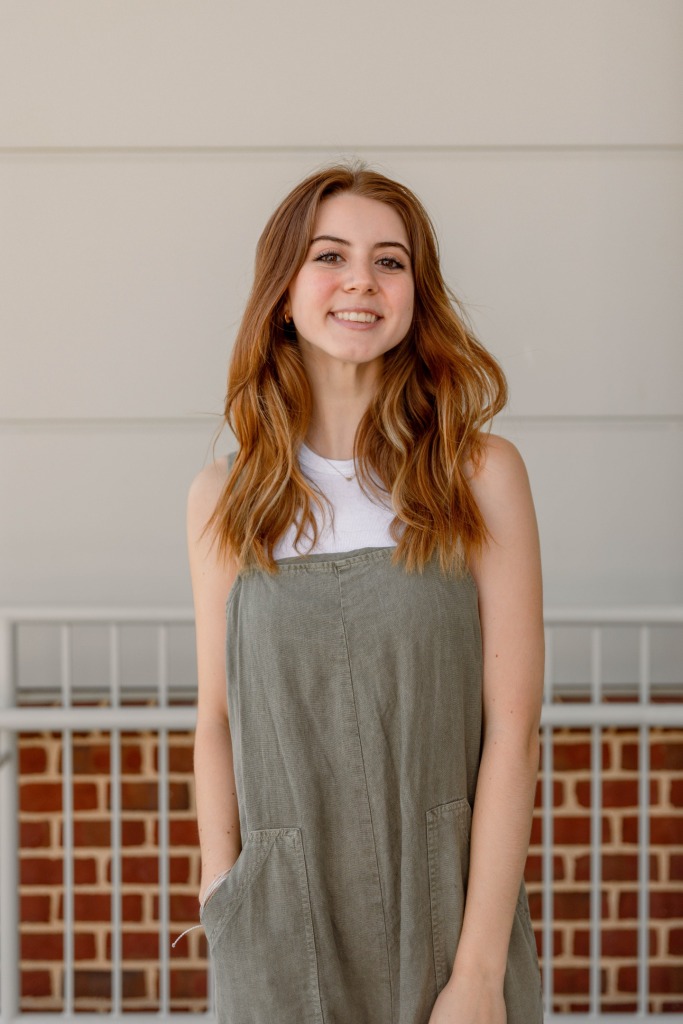 Emma is a junior studying Strategic Communications with a minor in Business. While she loves all things photography, fashion, and indie music, creative writing has always been one of her favorite ways to express herself.