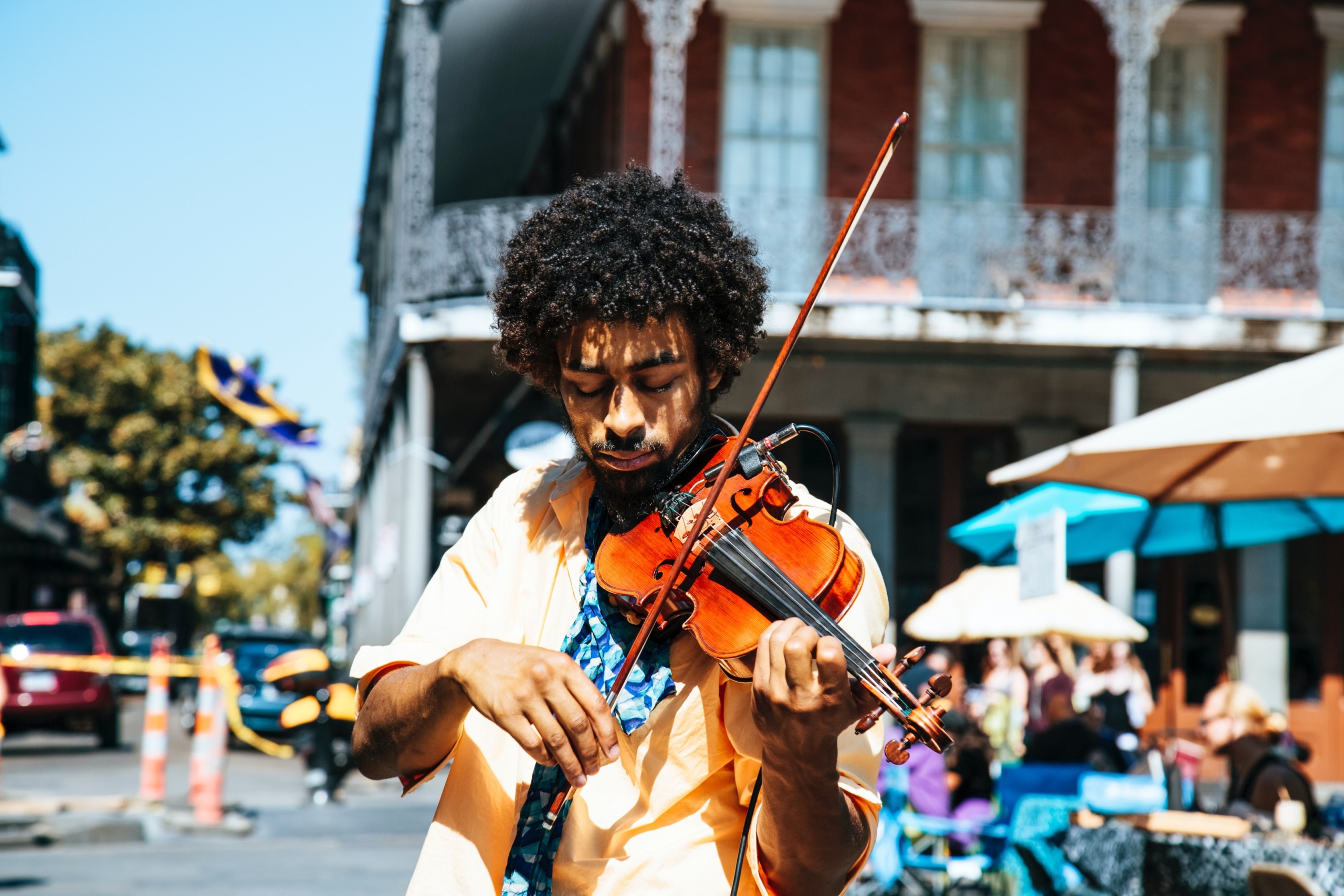 Recently, Keith Getty took some time to have a conversation with the managing editor of “Faith and the Academy,” Benjamin K. Forrest. Getty, perhaps best known for his hymn, “In Christ Alone” is a hymn-writer, producer, worship leader, and author (“Sing” B&H, 2017). Along with his wife, Kristyn, he has been called to a ministry that encourages the singing of God’s people. e hope and passion for their ministry is that they will create and produce music that shapes the theology of the church and is a witness for the church — unto the Glory of God.

Forrest: Most of Our faculty and our audience are familiar with the music you and Kristyn have written, but for those who are not, please share a little of your story and how you were called to this ministry of songwriting and music.

Getty: Well, I grew up with a bunch of guys in the North of Ireland who, during their university years, decided they wanted to become pastors. Five of them went to Oxford or Cambridge and all were motivated to enter the ministry by the glaring need for depth among 21st century believers. We believed then and still do now, more than the previous generations that we are on an absolute precipice in history. While the Bible is in more languages than before and there are more Christians in the world, the challenges to Christianity have increased and the depth of the average Christian believer is shallower than at any point since the [Protestant] Reformation. To coin a phrase from Charles Dickens, “It was the best of times, it was the worst of times.” It was this need, then, that made those guys want to become pastors. For me, I was neither intelligent nor holy enough to become a pastor, so I thought instead, at the age of 25, that I could write hymns that taught the Bible. The first one that was released was “In Christ Alone”, a hymn I co-wrote with Stuart Townend. Since then, the whole journey has been building on that idea, building a catalogue of hymns that teach the Bible to churches around the world and being a steward of those hymns.

Forrest: Your original goal was to write music and your current goal is to write hymns. For those who don’t understand, what is the difference or how do you classify a hymn vs. other contemporary Christian music?

Getty: Well, Benjamin, as you know, there is no scientific difference. I grew up on hymns in the hymn book, which of course was in some ways both the legacy of the Psalms and the legacy of the church fathers. The modern interpretation, however, is essentially the legacy of Martin Luther. In the providence of God, Luther was born in the inauguration of the printing press. He readily used the printing press to create hymn books. Certainly, one qualification for a hymn is that it has been found in a hymnbook. When publishing these hymnbooks, church leaders get together and ask what songs teach a part of the Bible that we want our congregations to know. Secondly, melody is considered. They ask, what types of melodies that every congregation and every generation could sing. And thirdly, the construction of this hymn is of such a quality that they believe the songs therein will last for the lifetime of this hymnbook. In other words — will people sing this song for the next 40-50 years?

Forrest: Our journal is about Cultural Engagement, how do you see Christian songwriters and musicians engaging the broader culture through music?

Getty: I had the privilege of being able to write a number of musical productions in my twenties that were aimed, I guess, at a more mainstream audience while still having something to do with Christianity. However, the biggest single witness of my life has been the widespread use of “In Christ Alone” — funerals, weddings, and commissioning services. I just heard last month of a young teenager who gave his life to the Lord during the singing of that hymn. And I’ve heard of many people for whom that has been the case. God’s people singing is a radical witness.

So, I probably have two answers to your question. First of all, we’re commanded to sing praise to the Lord together. In terms of congregational worship, that’s what we’re commanded to do. [Not all worship leaders] are commanded to engage the broader culture. What we’re commanded to do is to sing together — so the most important thing for church music has to be meeting God’s people in singing. That is a radical witness, and that’s one of the things that the seeker sensitive movement and a lot of the contemporary movements (including certain aspects of both Charismatic and modern reformed thinking) have missed out on. God’s people singing is a radical witness. When we look at history of our faith, we can see the role of song in the Old Testament and throughout the history of the Israelites. We can look at in the New Testament and see how the singing of Paul and Silas and the church in Acts has born testimony to other people regarding the nature of God. Throughout Church history, God’s people sang — and this song played an impact in every revival. History talks about the powerful witness and noticeabilty of God’s people singing in those times.

The second thing I would say is that all of us as created people have to be a witness. That doesn’t mean that every time we get together with our non-Christian friends we sing hymns. Of course not — but there are wonderful opportunities through musical excellence always to warm people’s hearts to the Lord. I think it was Tim Keller who said “excellence is the most inclusive virtue.” I can tell you as a musician, I have a very Lutheran view of music, rather than a Calvinistic view of music — in other words, I believe that music is valuable for every part of life and should be enjoyed. The virtuosity in music is to be explored, enjoyed and developed.

Excellence is always attractive. If you go to the top restaurant in town, you can’t get a table. When you do, you will see that most of the plates returning to the kitchen are clean and because we love beautiful food — it transforms our day. We look forward to it. We love eating it. Frankly, the conversation over those meals is better because you are in a better mood, you’re inspired, and you’re excited. This is creation theology because Genesis tells us that food was given to be beautiful to look at and nutritious to eat. We’re not these kind of theologues that are answering some kind of scientific question, which is why melody and beauty are so important in music. If you try to reduce music to being something that can give you 15% church growth or can be a form of theological catechization, then you automatically have a reputation of being either dull/ dead theological believers or a church leader that doubles as a manipulative salesman.

Forrest: How has the Reformation had a special impact on you, your songwriting, and your approach to worship?

Getty: Luther believed in the preaching and the singing of the Word. I think the understanding that we grow as believers, in part, through the songs that we sing. When Luther’s life was in danger and Europe was in meltdown, he had this interesting journey where he took time to catechize the chorales that would be for his churches because he realized what they sung will be crucial.

Luther, I think, articulated it better than anyone. He understood that he who has the melodies has the people. That’s why the biggest book of the Bible is a song book. That to me is the challenge of the new generation. If we’re not singing the truth in ways that are beautiful and passionate and radical, we can’t expect to be a transformative generation – that is the power of singing, the power of theology, and the power of music.

Forrest: As this journal is for Christian faculty members, how can we — as professors of Math, Science, History, Theology, English, Physics, etc. cultivate some of this vision for a life of theological singing that reflects the glory of God to the world? How can we cultivate that in and among our disciplines?

Getty: What a wonderful question! Well, I think we have to recognize that there is a dysfunction in both our culture and our understanding of the commandment to sing. There’s been an absolute disconnect between what the Bible teaches about singing and how we interpret it. It’s a common thing that happens within church history when an issue becomes controversial: the natural reaction is to try to neutralize it and leave it to the side because it causes trouble. And, of course, music has always been a very controversial, hot- blooded topic. Essentially, I would say that singing is transformational, and I think it has four areas in which it leaves participants transformed.

First, the songs you sing transform your personal life. They bring Sunday into the week, they transform how you think about God, how you pray, how you think, and how you react.

Second, songs (and singing) transforms your family. A family organization a number of years ago did a survey on Christian marriage. Of the families surveyed, those who regularly prayed and sang together never got divorced. That’s a stunning thing. It’s interesting, for

example, that the new England puritans who brought and defended the faith fearlessly on the east coast of America with the early settlers wouldn’t allow a man to take communion on Sunday if he had not led prayer and sung worship in his home each day during the week. Because, they said, how could they let him take communion with the church family if he won’t take care of his first duty. His first duty is not to put bread on the table or to fulfill his dreams in life. His first duty is to pray and sing with his family.

Third, singing transforms our churches. You know, we don’t go to church on a Sunday to try and get something. We go to church out of obedience to be part of God’s family. Similarly then, singing is a symbol of that. The picture of heaven is one of God’s people singing to Him and with each other forever.

Lastly, as we look into the 21st century, we should expect new and considerably difficult experiences as Christians. Let us make sure the aroma of our churches is a beautiful, radical witness. Like all the great revivals, let us pray for revival movements in history. When one of the great revivalists was asked if revival could ever come again to America he said “well, can you sing?” What is more radical than a bunch of people from every part of society coming together to sing to their creator and redeemer with joy and thanksgiving!

Faith and the Academy would like to thank Keith (and Kristyn) for taking time away from their current tour to answer these questions in order to challenge our audience to consider the spiritual discipline of singing… unto the glory of God.