Home › Articles › Protestant-Muslim Relations in Reformation Europe: Peace Through Scripture More Than With “Pikes And Muskets”

Protestant-Muslim Relations in Reformation Europe: Peace Through Scripture More Than With “Pikes And Muskets” 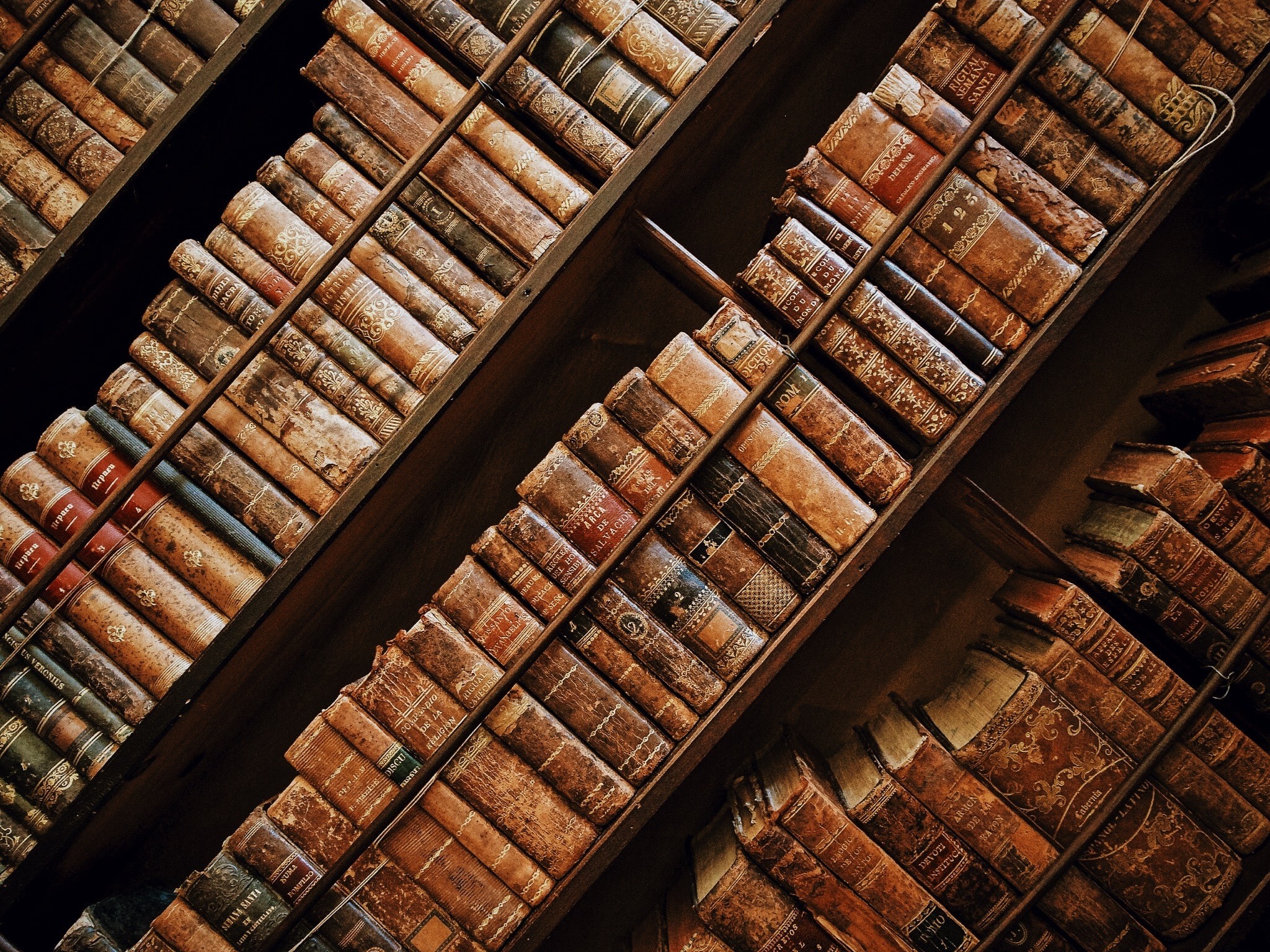 Looking back at the Reformation, some striking expressions of the nascent, Protestant faith stand out. For instance, early Protestants eagerly and actively participated in proselytizing their movements through missions and Bible translations. Among the Evangelicals (Lutherans), this was especially true. As with Martin Luther’s famous theses and treatises, the printing press remained key in this endeavor. This printing phenomenon was only as old as the Reformation, and best exploited by the reformers throughout the 1500s.1 The implementation of printed Biblical literature blazed pathways for the gospel to bring change and reconciliation in areas that had once seen strife and division.

My goal in this short essay, is to highlight an obscure, but still equally important Lutheran reformer, Primus Truber, and his mission collaborators.2 Actively printing and distributing Slavic Bible translations and Lutheran materials during the 1560s, they distributed over 30,000 copies throughout the Balkans and into Eastern Europe. Such numbers and distribution would not have been possible without significant donations from Protestants both in central Europe and on the eastern borders, where the Muslim Ottoman Empire continued to apply pressure to the Christian kingdoms.

Truber’s Bible Translations and printed pamphlets specifically targeted Ottoman lands with the gospel. Truber’s belief was that the presentation of the Bible, in the common tongues of people, would bring peace, despite political and cultural differences. After the Ottoman Empire had annihilated the Hungarian armies at the Battle of Mohacs in 1526 and destroyed the unity of Hungary into competing sections known as Habsburg Royal Hungary, Transylvania, and Ottoman Hungary, no European dared question this Turkish Empire’s destructive power. In fact, Martin Luther had preached resistance to the Ottomans, while also acknowledging they were a “scourge of God”, sent to bring vengeance for papal sins.3 Nevertheless, the Ottomans had engendered a new political situation in Europe, which saw parts of Austria, Hungary, Slovenia, Croatia, Transylvania and the Balkans become a borderland, tugged like a rope between the Ottomans and Christian rulers like the Habsburgs.

In the sixteenth century borderlands, we may cautiously observe how the Ottoman officials in Central Hungary interacted with the faiths they regularly encountered. Though the topic is controversial among historians, there was no singular response from the Ottoman Imperial office on what to do about Western Christians on the frontiers. In the first decades of Ottoman rule in Hungary, for instance, poll taxes were imposed and young boys were forced into the service of the sultan’s court and his army. This led to a fair amount of friction between indigenous populations and the Ottoman officials. Legends grew in Europe of some leaders and priests being beaten and humiliated (on charges of blasphemy). Public displays of Christian, religious practice in Hungary, it was said, had been restricted. Churches were seized, and bell-ringing forbidden. Few new churches were allowed and many old churches were permitted only scant repairs, and not the usual level of maintenance or anything considered “extravagant material.” There was even an attempt to force a Reformed minister to learn the Qur’an.4 Still, local resistance remained high and if they disagreed with the Ottoman policies some villages immigrated en masse to Habsburg or Transylvanian lands.5

Additionally, there was also an influx of Muslim immigrants as the Ottomans attempted to form centers of support in Hungary to increase support for their rule there. Accounts have indicated that the Ottoman settlement of Muslims in Hungary included soldiers and their families, but many officers and officials in the Ottoman army were nominal converts to Islam — who were often practicing beliefs not in accordance with Islamic tenants.6 Outside of Bosnia, where a sizable Muslim population had been relocated, there were no areas lastingly converted or incorporated into Islamic culture.7

Ottoman policies in Istanbul (Constantinople) did not always match the realities on the ground as local Ottoman commanders and officials attempted to differentiate between Hungarians supporting the Habsburgs and those supporting local rulers. Initially, some violence occurred between the Ottoman soldiers and the local Christian populace, but never was there a wide-scale program of destruction or persecution. The sultan in Constantinople distanced himself from these religious affairs as much as possible.8

Many Protestants, at that time, were either indifferent or supportive of the Ottomans in their struggles against Catholic powers.9 Truber, as a leading reformer and practical-minded theologian, represents a mediating figure between the Evangelical and Catholic faiths. His role in the borderlands printing project, as a translator of biblical literature and church reformer in Slovenia and Croatia (together called Krain), also revealed pertinent information concerning belief and practice in the borderlands. The recurring warfare between the Habsburgs and Ottomans devastated a region clearly open the reformer’s message. Concerning the spread of biblical literature among the borderland’s leaders, Truber reiterated in a pleading letter to the Habsburg prince Maximilian II:

And that these [princes] are responsible for other populations, because your subjects of these two languages, also the Turks, their neighbors, will make use of it, hence through it they obtain more peace from the Turks than with their pikes and musket, as I then about this matter wrote at length to Your Royal Majesty in the forward of the Letter to the Romans.10

Since Truber’s work saw contributions from Catholics, Lutherans, and Reformed leaders, the focus on distributing this work, as extensively as possible, indicates broad support to stem the advance of the Ottoman armies through the spread the Gospel.

As throughout the 1560s the materials began distribution, Truber took trips into Krain to help the process. His assistant, Peter Paul Vergerio, remained behind, but peculiarly stated in a letter to a Protestant German noble that there was one contributor, called “Georgius a Turci,” who was a generous count, “one greatly zealous for the gospel.”11

His donations had been used for funding Truber’s work, but as a “Turkish count” his inclusion in this ministry leaves many questions. It is possible that he was from Transylvania or the Balkans or that he was connected to the invading Ottoman armies. Thus, it is possible that this “Turkish count” was among those who, now being in control of this region, but seeing no help at reform coming from the capital, decided to look elsewhere. Or, perhaps he was a local noble who, though politically loyal to the Ottomans, had seen too much devastation and war to seek help on religious matters from Constantinople. Both are possibilities, but regardless, what his mention reveals is the broad support given for the spread of Christian literature in this volatile region and the potential of Truber’s work finding peace across hostile borders.

The cause of spreading God’s word and the Gospel had unified seemingly antagonistic views. From a modern perspective this shift may seem minute or inconsequential. After all, the longer view of history reveals a rather divided and bloody course through the Thirty Years War, English Civil War and renewed strife with the Ottomans. But for those yearning for substantive change, the hope for true reform and religious liberty brought substantial relief for over half a century (1550s-1610s). While political and dynastic struggles would continue in this region for centuries to come, slowly the religious tensions between the faiths began to subside. Medieval calls for crusades were replaced by fervent missions and the spread of biblical literature. The response to the spread of the biblical literature was one of great promises and increased cooperation in a very volatile region. The official policy of the Ottoman administration expanded to allow all Christian faiths by the 1620s, and focused increasingly on ensuring tribute payments arrived as often as possible from the surrounding areas, instead of religious interference.12 Thus, when political and religious tensions often seemed the most volatile, it has been the spread of the gospel that has eagerly worked to bridge the differences between both sides with its emphasis was on healing and unity. In the current cultural and political climate, this is a point modern Christians should embrace.

1. Into the 1550s Martin Luther’s works out published Catholic ones by a rate of 5 to 1, and half of all Protestant printed material consisted of part or all of Luther’s works. See: Mark U. Edwards Jr., Printing, Propaganda, and Martin Luther (Berkeley: University of California Press, 1994).

4. Pál Fodor, “The Ottomans and their Christians in Hungary”, in Frontiers of Faith: Religious Exchange and the Constitution of Religious Identities, 1400-1750, Eszter Andor and István György Tóth, eds., (Budapest: Central European University, 2001), 139-140.

5. Ibid., is position is somewhat disputed. Cf. David Géza, in “Limitations of Conversion: Muslims and Christians in the Balkans in the Sixteenth Century”, in the same book, Frontiers of Faith, 149-156.

7. Sultans spent money on defenses in Hungary but not on “sultanic foundations”. It was designated as a permanent frontier province. “ Thus it would appear that the Ottoman ruling establishment largely viewed borderland areas as serving defense first and foremost, while borderland prosperity rarely ever materialized.” Suraiya Faroqhi, “Coping with the Central State, Coping with Local Power: Ottoman Regions and Notables from the Sixteenth to the Early Nineteenth Century” in The Ottomans and the Balkans: A Discussion of Historiography. Adanir, Fikret and Suraiya Faroqhi, eds., (Leiden: Brill, 2002), 351-381.

9. The Hungarian Calvinist preacher Gál Huszár told Bullinger in 1557 that the Turks there were “so much inclined to the servants of the Gospel”. Tóth, “Hungary, Turkish Hungary, and Transylvania”, 216; and there were hopes in Germany and England that the Turks would crush the Papacy and install authorities that encouraged the spread of Protestantism. Matthew Birchwood and Matthew Dimmock, Cultural Encounters between East and West, 1453-1699, (Newcastle-upon-Tyne: Cambridge Scholars Press, 2005), 6-7.